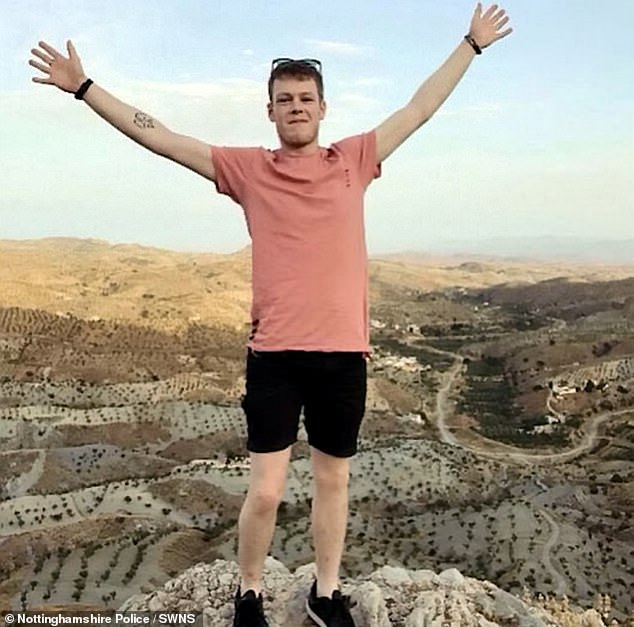 A charity fundraiser who ‘loved life’ was allegedly killed by a single punch from a stranger on a night out while celebrating his third anniversary with his girlfriend.

Nathaniel Bierley had been in Nottingham city centre when he was attacked in the early hours of March 5.

The 26-year-old, who was well known for raising money for diabetes charities, was left with serious head injuries after allegedly being punched once.

The popular Five Guys worker was rushed to hospital but tragically died nearly two weeks later on March 17 as result of his injuries.

One person has been charged with manslaughter and another with affray in relation to his death.

His heartbroken family have released a tribute him, saying he ‘loved life and was always looking for a new adventure’.

His sister Louisa said: ‘None of us can even begin to get our heads around what has happened.

‘Nathaniel was taken way before his time and he still had so much more life in him.

‘He worked at Five Guys and was just about to get his own store to run but he loved life and was always looking for a new adventure or a new place to visit.

‘I think his favourite ever memory was when he travelled to India in 2016 and did an overnight marathon – he was even hoping to return to India later this year.

‘You could never tell Nathaniel he couldn’t do anything as it just pushed him to work harder.

‘I remember one time he ran the Nottingham Robin Hood Marathon after not training for months and everyone was telling him to just miss it that year, but he wasn’t having it.

‘I just remember him being so proud of himself when he crossed the finish line.

‘He will be so sadly missed by everyone that knew him.’

His family is now hoping to raise money in his memory to donate to a charity aimed at improving people’s lives after a brain injury.

Louisa added: ‘We are hoping to do so many things in Nathaniel’s name and we have a charity football match coming up in June where his friends and family will be there to raise money for a charity called Headway that deals with head traumas and recovery.

‘He was always raising money for charities such as the Juvenile Diabetes Research Foundation as he had type 1 diabetes.

‘He didn’t let it affect him though, he just wanted it to push himself further.

‘Now it only feels right we carry on doing all the things he loved to do for him and try and make this world a better place.

‘If we can even just help out a few people with Nathaniel in our hearts that’s enough for us.

‘Forever loved by your sisters Louisa, Karina, Anastasia and mum and dad and I know one day we will all be together again.’

Kyle Turton, 21, of Brooksby Lane, Clifton, has been charged with manslaughter and will appear at Nottingham Crown Court on May 17.

A 17-year-old boy, who cannot be named, has been charged with affray and will appear at the city’s crown court on May 25.

Detective Inspector Steve Wragg, who is leading the investigation, said: ‘Our thoughts remain with Nathaniel’s family, friends and all those that knew him at this incredibly sad and difficult time.

‘Officers are continuing to support his family while the case continues, so they can be kept up to date on what is happening.’