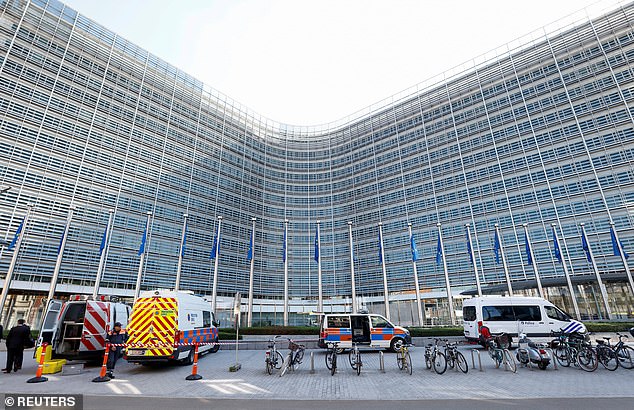 The Brussels Fire Brigade informed The Brussels Times that an envelope with the white powder was sent to The Berlaymont headquarters.

Ursula Von der Leyen’s office is located on the 13th floor of the building. Firefighters were initially dispatched to the 13th floor about 11:50 a.m. local time in response to what was believed to be a fire.

Crews were visible outside the building in Brussels, but the situation is reportedly “under control.”

No evacuation of the headquarters will occur. Civil Protection is evaluating the material.

At 11.50 a.m. local time, crews were dispatched to the 13th floor of the building, where Ursula Von der Leyen’s office is, for what was initially believed to be a fire.

The Brussels Fire Brigade notified The Brussels Times that a package containing the white material had been mailed to the photographed headquarters.

Belgian police stand in front of the European Commission headquarters, where a suspicious parcel containing white powder was discovered.

Walter Derieuw, spokesman for the Brussels Fire Brigade, stated that one individual had come into contact with the drug.

They said that no medical signs have been observed.

The emergency services have quarantined the room where the envelope was discovered.