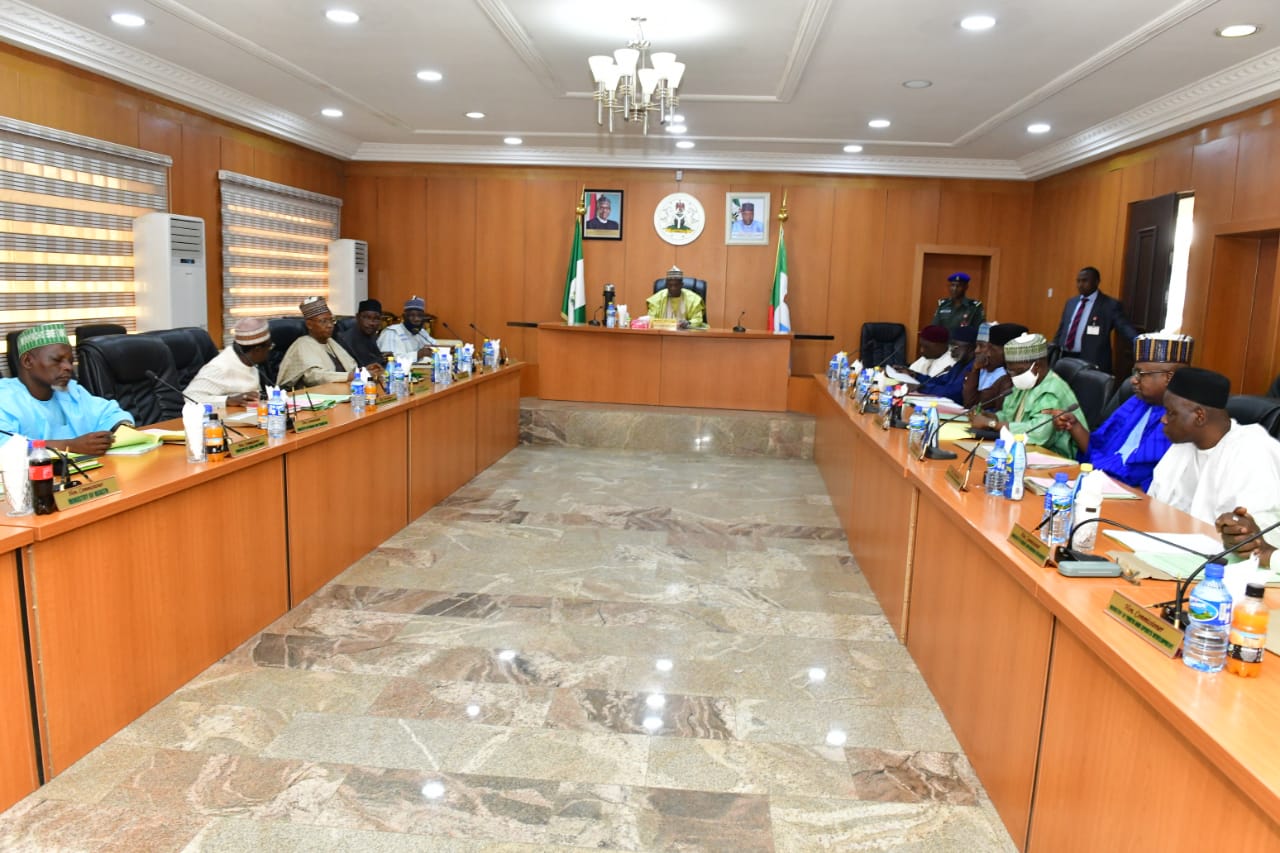 The Gombe State Executive Council meeting has approved 11,491,209,339.96 kobo for the rehabilitation, upgrade and expansion of the regional water supply scheme.

After the meeting, the Commissioner of Water Resources, Mr. Mijinyawa Yahaya, told Journalists that the contract was to be completed within 24 months.

Mr. Mijinyawa said; “the Gombe State Executive Council meeting, presided over by Governor Muhammadu Yahaya, had approved the contract sum to the company, Mssrs JIDADU Ventures, an indigenous company with a track record of perfect execution of similar jobs for the Federal Ministry of Water Resources, its relevant agencies and the World Bank Water Supply Funded schemes across the country.”

Mr Mijinyawa explained that “the contract would involve the extension of services and construction of booster stations in Gombe Capital Special Development Zone, Tunfure and Tashan Aduwa along Bauchi Road.”
He also stated that the third booster station was going to be located around NTA Gombe, to supply water up to the International Conference Centre.

Additionally, the Commissioner said “the contract would cover the rehabilitation and expansion of Wuro Juli Water Scheme, installation of 2 thousand smart meters, 250 Water Buck Meters, provision of spare parts, rehabilitation of existing offices and digitization and mapping of other services to enhance efficiency.

“There is going to be a borehole-based mini water scheme at Tabra community, rehabilitation of some old network structures, installations and laying of about 160 kilometres of distribution pipeline network within the city and installation of 100 number of isolation valves, rehabilitation 0f 100 number existing valves,” Mr Mijinyawa said.
According to him, smart metres would also be installed in the pilot phase of the mass metering.

He said; “There will be an installation of 2000 smart meters, 250 bulk water meters and provision of spare parts, rehabilitation of existing offices as well as digitization of the water board offices.”

Mr Mijinyawa stressed that the approval of the contract was done in pursuance of Governor Yahaya’s campaign promises of providing uninterrupted water supply to the people of the Gombe metropolis and environs.

Mr Mijinyawa explained that “the severity of lingering water scarcity had been a major challenge for the state, which prompted the state government to reach out to the Nigerian Government for partnership and had through the Federal Ministry of Water Resources signed a Memorandum of Understanding.”

He said the MOU led to the general assessment of the water situation in Gombe State, which had now led to the approval of the contract.

Street cleaning contract
Gombe State Executive Council Meeting has also approved the contract for street cleaning and waste disposal within the Gombe Metropolis,
The contract has been awarded at the cost of 98, 275,500 Naira.
The Commissioner of Energy Resources, Mr. Shehu Madugu, who also oversees the Ministry of Environment, said the award of the contract followed the expiration of the agreement between the Gombe State Government and INEX Cleaners Company.
Mr. Madugu said “the Ministry of Environment thought it wise to engage the services of two waste management companies at a much lower cost and expanded scope.”
He said under the new regime, workers of INEX Cleaners, who were still retained, would now get a pay-upgrade from what was obtainable under their former employer.
The State Executive Council meeting also celebrated the performance of its contingent at the National Science, Technology and Innovation Expo held recently in Abuja.
The State clinched the 3rd position in the state’s category at the Expo.
The State Commissioner of Science, Technology and Innovation, Dr. Aishatu Maigari said the accomplishment would not have been possible without the moral and financial support of Governor Muhammadu Yahaya.
She revealed that three innovators distinguished themselves by inventing a Water Stove, a Tea Mixing Machine and a Mobile Solar Charger to the admiration of observers and investors.