Skip to content
Go Home «» News «» World News «» fresh mass graves may have been discovered in Libya, according to a UN human rights investigation 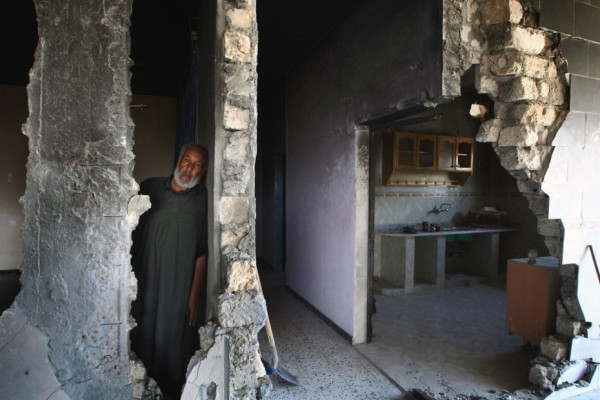 New suspected mass graves have been uncovered in Tarhuna, Libya, a Human Rights Council probe reported on Monday, highlighting continuing extreme rights abuses in the country that have affected children and adults alike.

Speaking in Geneva, Mohamed Auajjar, chair of the Independent Fact-Finding Mission on Libya, told journalists that a culture of impunity still prevailed across the war-torn country, representing “a great obstacle” to national reconciliation, truth and justice for the victims and their families.

The Mission chair noted that its investigations had identified “previously undiscovered mass graves in the town”, which is around 65 kilometres from the capital, Tripoli, through the use of advanced technology. “We don’t know how many, now need to be excavated. But there have been hundreds of persons who have not yet been discovered, who have been disappeared.”

More than 200 individuals are still missing from Tarhuna and the surrounding area, causing “untold anguish to their families, who are entitled to know the truth about the fate of their loved ones”, Mr. Auajjar continued.

Targeted for speaking up

Women and girls have not been spared the fall-out of Libya’s destructive spiral since the overthrow of former President Muammar Gaddafi, in 2011.

Today, despite significant recent progressOpens in new window in trying to resolve longstanding differences, the internationally-recognized Government in Tripoli is still at odds with a rival administration and parliamentary authority in the east.

Among the Fact-Finding Mission report’s many disturbing findings is the fact that when women stepped forwards to present  themselves in yet-to-be-held national elections, they became the target of discrimination or violence.

Some have been abducted, part of pattern of enforced disappearances which “continue unabated in Libya”, Mr. Aujjar said, pointing to Member of Parliament Sihem Sirgiwa, who was taken in 2019.

“Discrimination and violence are a feature of daily life for most women and girls in Libya,” Mr. Aujjar continued. “Of particular concern to the Mission is that the failure of the domestic law to provide protection against sexual and gender-based violence is inherent to and contributes to impunity for such crimes.”

Despite the welcome creation of two dedicated courts to rule on cases of violence against women and children, the rights expert warned that youngsters have faced “summary executions, arbitrary detention, sexual and gender-based violence, and torture”.

These include those accompanying adult migrants, refugees and asylum-seekers who have been detained in Libya’s notorious detention facilities, according to the Fact-Finding Mission, which is to present its third report to the Human Rights CouncilOpens in new window on Wednesday 6 July.Distributed by APO Group on behalf of United Nations Office at Geneva (UNOG).Media files

»fresh mass graves may have been discovered in Libya, according to a UN human rights investigation«