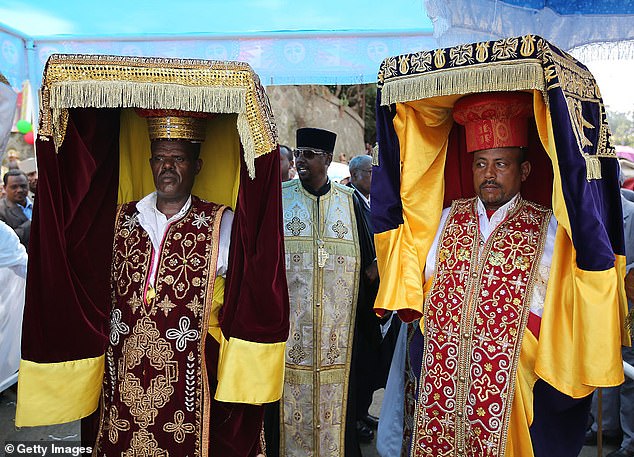 After calling the subject a “matter of faith,” a former Archbishop of Canterbury urged Westminster Abbey to hand over a precious tablet to Ethiopia.

The precious artefact was taken away during the Battle of Magdala in 1868, and Lord Carey of Clifton, 86, is said to want it returned to the Horn of Africa.

The Lady Chapel in Westminster has a Tabot, which the Ethiopian Orthodox Church regards as a hallowed resemblance to the tablets on which the Ten Commandments were written.

Its return to Ethiopia has been demanded by the Ethiopian government, yet King Charles may need to give his consent since the Abbey is under his direct control.

Lord Carey demanded earlier this year that The British Museum return its 11 precious Tabots, which he said were “important to Ethiopian devotion.”

The ex-archbishop, who oversaw the Church of England from 1991 to 2002, referred to the return as a “matter of religion.”

We want a discussion with the British Museum to move things further in good faith and kindness. The problem is mostly one of religion,’ he previously told The Telegraph.

It is terrible to deny believers access to their religion, since Ethiopian worship depends on tabots.

In the Lady Chapel, the Tabot is located in a recess behind the altar. In accordance with Ethiopian Orthodox traditions, only a priest may view it.

Campaigners claim that since UK institutions respect this, the hallowed objects should not be shown in public.

Because it is governed by King Charles and not a Church of England body, the Tabot in Westminster is referred to as a “Royal Peculiar.”

It is stored in a discreet, well-covered location inside the church that is exceedingly holy. We do not currently have any intentions to alter these agreements, they continued.

The British Museum and other national institutions are prohibited by law from donating artifacts from their collections.

The National Heritage Act of 1983 prohibits commercialization of assets kept in public domain by museums.

Trustees may only take items out of a museum’s collection if they are duplicates or irreparably flawed.

The Church of England is exempt from this regulation and is free to remove objects with the approval of church officials.

Any attempt to repatriate the Tabot, however, may be complicated by the abbey’s legal authority.