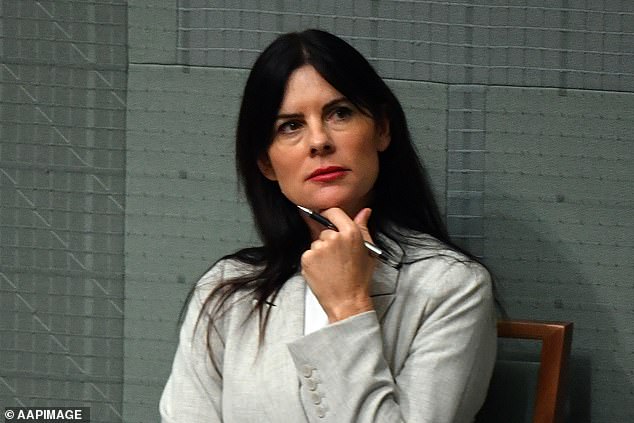 Scott Morrison’s Coalition is trailing in key NSW marginal seats 11 days out from the election, according to ‘catastrophic’ secret polling.

Leaked internal government polling unveiled by 10 News claims the Coalition behind in several seats held by sitting MPs in the Prime Minister’s home state, which they must hold to have any chance of retaining power in parliament.

The traditional Liberal heartland of Bennelong is in grave danger with rising star Simon Kennedy currently trailing his Labor rival.

Reid MP Dr Fiona Martin is tipped to lose her Sydney seat, while Robertson MP Lucy Wicks is also in serious trouble on the Central Coast.

The Coalition issued a swift response hitting back at the unauthorised poll results revealed by the network.

‘This was not polling commissioned by the Liberal Party (federally or in NSW),’ a campaign spokesman said.

The marginal seat of Reid in the Sydney’s inner-west is regarded as a must-win for the Coalition.

Mr Morrison visited the usually safe Sydney electorate of Bennelong on Tuesday, which is among a host of Coalition seats under threat.

The Australian reported Labor now holds 39 per cent of the vote, compared to the Liberal and Nationals’ 35 per cent – the largest lead Anthony Albanese’s party has held during the current federal election campaign.

The Labor leader however still trails Mr Morrison in the PM vote 44-42, however Mr Albanese has climbed three points in the past week while the Liberals leader has fallen a point.

Labor holds a 54-46 lead over the Coalition in the two-party preferred vote, climbing for the first time since early April.

Skyrocketing cost of living prices have seen Labor tighten its grip on the election, with the opposition earning the confidence ahead of Mr Morrison’s government that has seen interest rates rise for the first time in 11 years.