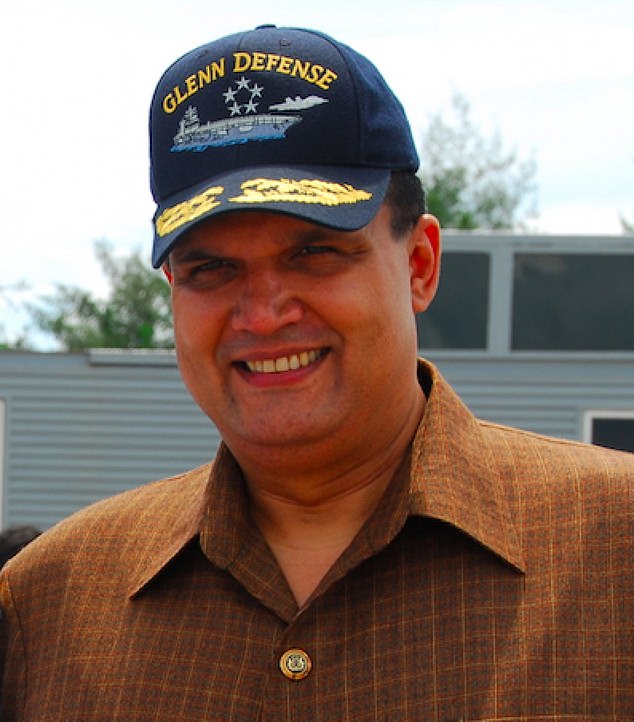 According to officials, a Malaysian defence contractor known as “Fat Leonard” who masterminded one of the biggest bribery investigations in American military history was apprehended in Venezuela after escaping before being sentenced.

The U.S. Marshals Service said that Leonard Glenn Francis was apprehended by Venezuelan officials at the Caracas airport early on Tuesday morning as he prepared to board a flight for another nation, putting an end to the quest for him that had spread across the globe.

Francis arrived in Venezuela via Mexico, according to a statement made by Carlos Garate Rondon, director general of Interpol Venezuela. Rondon claimed to be travelling to Russia.

His anticipated sentencing in a federal court in California for a bribery conspiracy that lasted more than 10 years and involving several U.S. Navy officers was the day before his arrest.

On the potential date of his extradition to the United States, there was no instant information.

On September 4, Francis, who was in San Diego under house arrest, severed his GPS ankle tracker and fled. Francis was sought for by ten American agencies, and officials offered a $40,000 reward for his capture. Additionally, American officials sent out a “red alert,” asking law enforcement agencies throughout the globe to place a suspect under arrest with the prospect of extradition. The United States and Malaysia both have extradition agreements.

In order to aid his Singapore-based ship repair business, Glenn Defense Marine Asia Ltd. or GDMA, Francis pled guilty in 2015 to giving sexual services, opulent hotels, cigars, gourmet dinners, and more than $500,000 in bribes to Navy officers and others.

The corporation allegedly overpaid the Navy for maintaining ships by at least $35 million, many of which were sent to ports he controlled in the Pacific, according to the prosecution.

As long as Francis cooperated with the prosecution, he was permitted to stay in home confinement and get medical attention. With his assistance, the prosecution was able to convict 33 of the defendants—including more than two dozen Navy officers—out of 34 total.

He had been helping the prosecution for years, so his punishment had been postponed. He had been geared up to testify against five former navy commanders at a trial earlier this year, but he was never summoned.

He bragged on a podcast last year about buying drinks and prostitutes for admirals and the lucrative informant agreement he had with the US government.

“I had everyone in my pocket.” They were tumbling around in my hand. By their balls, I had the Navy. In one episode of a nine-part series, Francis explains, “They betrayed me, therefore I turned my torpedo, my guns on them.”

In addition, he said that the government had secured visas for every member of his family, adding, “Everyone came legitimately.” Everyone and Uncle Sam are aware of what I’m doing. My offspring are my offspring.

He boasted of pursuing Michael Misiewicz, a commander he provided with prostitutes in Tokyo in return for information regarding covert shipping lanes to Australia, in one episode of the podcast.

“Misciewicz had value, you know, he was kind of the second man in the scheduling department,” said the speaker.

“If you look at him, he’s really a pretty wonderful guy, extremely kind, pleasant, and a terrific parent to his kids, but he’s also a womaniser… ” Francis stated, adding that Edmond Aruffo, a New Yorker and his number two, had “embedded” him.

“They desired the nice life they were unable to enjoy.” He said that they want great eating, nice presents, hotel rooms, automobiles, and luxury vehicles, as well as watches, purses, fancy lunches, drink, and cigars.

While Misiewicz was serving aboard the USS Blue Ridge off of Manila in 2011, Francis had penetrated his family and acquaintances.

He purchased tickets for him and his family to see The Lion King in Tokyo, bought his wife Marcy a Gucci purse when she started to suspect him, and set up Michael to regularly have sex with prostitutes in Tokyo.

The plan failed in 2013 when Marcy Misiewicz, Michael’s wife, confronted him about her suspicions that he was cheating on her. Michael’s communications were being read by the NCIS after she alleged that he had hit her.

Exchanges with Francis were among them, and Michael had sent Francis information about covert shipping lanes to Australia.

Francis, who had a spy in the NCIS, learned about it and made attempts to appease her before being apprehended along with Misiewicz, who was given a seven-year jail term.

Francis also claimed that some of the most senior admirals he had corrupted were being shielded by the Navy; this assertion is supported by the fact that some of them received punishment from military tribunals while others were the targets of Department of Justice investigations.

The Navy handled some of the more senior admirals since they could then be ignored; it’s essentially a slap on the wrist; they refer to it as “different spanks for various grades.”

Wright remarked, “If you’re an admiral, you don’t be penalised to the same extent as if you’re a junior.”

Federal criminal charges have been filed against the Glenn Defense Marine Asia company, Francis, and 34 Navy officers as a consequence of the investigation.

»“Fat Leonard,” a Malaysian defence contractor, was captured in Venezuela«