The busy fixture list in the DStv Premiership continues in midweek as Orlando Pirates gear up for a trip to Moses Mabhida Stadium, where they are set to face Royal AM on Wednesday night.

The game is the first of two encounters scheduled for this month between these two sides, who will also lock horns in a cup clash just ten days after their League assignment.

Focus for Jose Riveiro’s troops will nonetheless be on the present task as they seek to collect as many Premiership points as possible before turning their attention to other competitions. 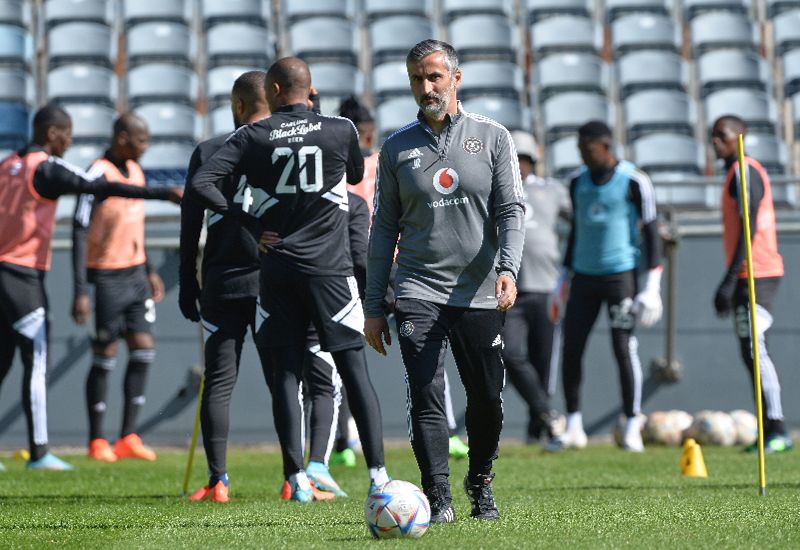 Luck in front of goal deserted the Buccaneers over the weekend as they conceded their first defeat of the season at home to Chippa United despite being dominant throughout the 90 minutes.

The result saw them drop down to the middle of the table in eighth place after a win and a draw in their two opening fixtures.

Having claimed a point in their only away game so far, the main aim for the Soweto Giants will be to claim the maximum haul on the road for the first time this season in what is already promising to be a hotly-contested race to the title.

It will be a tough task however, with the KwaZulu-Natal based outfit among the early-season pace-setters.

Royal AM opened their campaign with a win at home to Kaizer Chiefs before adding another three points on the road, and will be eager to bounce back after a convincing defeat away to Stellenbosch.

They remain among the few sides to have scored in each of their fixtures this season, and are a single point behind the table-topping Richards Bay FC.

After making the matchday squad in the two most recent Bucs outings, Paseka Mako could be set for his first involvement since being sidelined by injury in April.

The diminutive fullback is one of several stars who will be eyeing their first appearance this season, with the technical team likely to toy with the idea of giving some players a rest amid a grueling start to the campaign.

The home side is also to shuffle things around following their defeat, with the likes of former Pirates striker Ndumiso Mabena yet to get a run this season, while new signing Samir Nurković might be nearing a return after being sidelined by injury during the latter part of his Kaizer Chiefs career.

Thembinkosi Lorch (Orlando Pirates): Fresh off another impressive showing over the weekend where he looked ominous on attack, Lorch will be aiming to cause problems for the Royal AM defence. The 29-year-old has proven difficult to contain through his ability to pull the strings at the business end of the opposition half, making him vital to how Pirates utilise go-forward ball.

Andre de Jong (Royal AM): The New Zealand international has had a dream start to life at Thwihli Thwahla, and is the early frontrunner for the Golden Boot after netting three times in as many games this season. Mainly deployed on the left wing at his new Club, the player has effortlessly displayed why he had high acclaim when he first landed on South African soil.

Pirates were denied maximum points the last time they visited Royal AM, who cancelled out first-half goals from Kwame Peprah and Deon Hotto through a storming second half performance to force a share of the spoils.

That was only the second meeting in history between the two sides, with the other encounter also producing a stalemate as Linda Mntambo equalised on the stroke of halftime to salvage a point at Orlando Stadium after the Buccaneers had trailed 32 minutes into the encounter.

How to Watch Orlando Pirates vs Royal AM

The game kicks off at 19:30 and will be screened live on SuperSport PSL (Channel 202). Live updates will be available across Orlando Pirates social media platforms.

Live Stream will be available below.