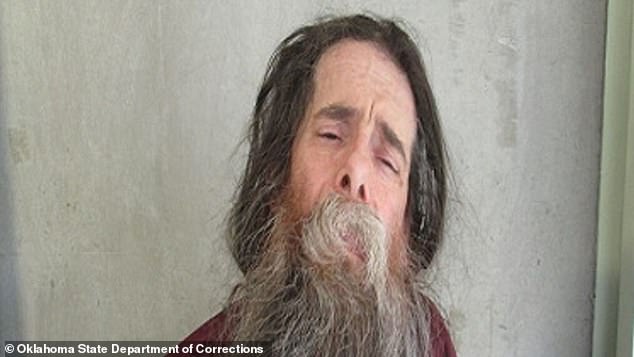 Thursday morning, the state of Oklahoma hanged inmate Benjamin Cole for the 2002 murder of his 9-month-old daughter.

At 10:22 am Central Time, he was pronounced deceased.

The 57-year-old died by injection of a fatal drug.

Cole’s counsel have previously argued that he was mentally ill and incompetent for execution.

Cole was diagnosed with paranoid schizophrenia, and according to his counsel, he is disabled to the point of being basically non-functional due to his mental disease.

However, state attorneys and others of the victim’s family have stated that Cole’s mental illness symptoms are overstated and that the severity of his daughter’s murder warrants the death penalty.

Brianna Cole’s father murdered her in 2002 by bending her backwards until her spine shattered and her aorta ruptured.

Cole was the sixth person to be executed in Oklahoma since the state resumed the procedure in October 2021.

His attorneys, though, maintained that Cole suffered from serious mental illness and a brain injury that worsened as he sat in prison.

The lesion affects his problem-solving, mobility, and social interaction-related brain regions. This type of lesion is frequently linked to Parkinson’s disease.

According to reports, while on death row, Cole disregarded his personal hygiene and refused medical care. He hoarded food and had minimal contact with other inmates and prison employees.

His attorney, Katrina Conrad-Leger, stated that his condition has worsened during the year.

According to his appeal for pardon, Cole existed in a near-catatonic state.

‘His own attorneys have not been able to have a meaningful connection with him for years, and the employees who engage with him on a daily basis at the prison corroborate that he cannot communicate or care for his most fundamental hygienic needs. Tom Bird, the defendant’s attorney, stated that the defendant has no rational comprehension of why Oklahoma intends to execute him.

His attorneys cited a “changing standard of decency” regarding the execution of mentally ill individuals.

They said, “At this time, Oklahoma has the opportunity to demonstrate fortitude, to adhere to these norms, and to be on the right side of history by preventing the execution of Benjamin Cole, a profoundly mentally ill and physically disabled individual.”

However, the Oklahoma Pardon and Parole Board voted 4-1 to deny clemency last month, and a district judge found he was competent to be executed in early October.

This week, the Supreme Court of the United States denied two appeals, therefore the execution took place on Thursday morning.

In a separate case filed on Wednesday, it was contended that Oklahoma’s process for carrying out executions is unlawful due to a number of problems that have arisen within the death chamber.

In January of this year, a federal appeals court upheld a lower court’s judgment that the state’s execution protocol is constitutional.

The ruling of the 10th Circuit Court of Appeals stated, “Oklahoma’s prior troubles in the execution chamber are insufficient to indicate that additional problems are impending.”

In addition, the state and the victim’s family maintained that the indications of Brianna Cole’s mental incompetence have been exaggerated.

Assistant Attorney General Tessa Henry explained to the clemency panel that Cole murdered his child because he was upset that her cries were interfering with his video game play.

Cole confessed on camera to the police that he was responsible for his daughter’s deadly injuries and that he would forever regret his actions.

Cole’s counsel requested competence evaluations twice during his initial trial due to their client’s religious delusions and irrational behavior. He had not yet been diagnosed with schizophrenia, and his competency to stand trial was determined.

Prior to his trial, prosecutors offered him a plea bargain that would have resulted in a life sentence without the possibility of release. He refused the offer, a decision that his current legal team deemed a “total act of irrationality against self-interest.”

Prosecutors noted that the infant’s injuries were consistent with a history of abuse and that Cole had previously served time in California for serious child abuse of his kid from his first marriage.

Additionally, emotional testimony from Brianna’s family was delivered before the board.

Donna Daniel, her aunt, stated that the first time she saw her infant niece was in her coffin.

She asked, “Are you aware of how horrifying it is to witness a nine-month-old infant in a coffin?”