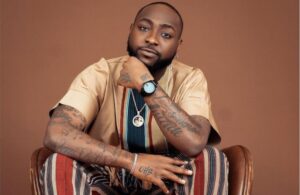 Nigerian artist Davido is rumored to have spent millions of Naira on a new Range Rover for his claimed new girlfriend.

Davido’s rumored new girlfriend came to Instagram to show a video of herself gleefully accepting the automobile.

Some admirers reacted as predicted, confirming Davido’s romantic bond with the lady.

Others advised her to take advantage of the singer’s wealth because she was on her own time.

Davido attacked a troll who confronted him on social media over a post.

This comes after Davido shared a selfie of himself returning from the gym on his Instagram story.

The troll, who was offended by the tweet, stormed Davido’s DM, asking him to be brave and stop his infantile posts because he doesn’t need to brag all the time.

Davido responded by slamming the troll, claiming that instead of trolling him, he should have begged for treatment, and that he would die of misery.