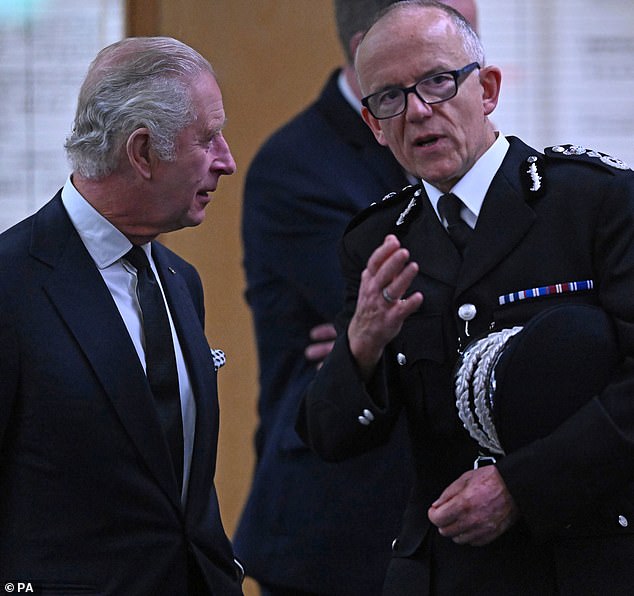 Police have “at times lost sight of the essentials” and must “prevent crime and apprehend offenders,” according to the standards chief.

In a Wednesday speech, Andy Marsh, chief executive of the College of Policing, which sets police standards and training, urged officers and staff to uphold the “highest professional standards.”

After forces around the nation were criticized for low burglary charge rates of barely 6%, he stated, “Currently, we are simply ineffective.”

Mr. Marsh stated, “We must roll up our sleeves and concentrate on reducing crime.”

As part of new confidence-building measures, Metropolitan Police Commissioner Sir Mark Rowley – who replaced Cressida Dick – has pledged that hundreds of wanted criminals, including sex offenders, thieves, and robbers, will be captured in the next 100 days.

In a Wednesday speech, Andy Marsh, chief executive of the College of Policing, which sets police standards and training, urged officers and staff to uphold the “highest professional standards.”

As part of new confidence-building measures, Metropolitan Police Commissioner Sir Mark Rowley (shown on the right with King Charles) has vowed that hundreds of wanted criminals, including sex offenders, burglars, and robbers, will be apprehended in the next 100 days.

The new head of Britain’s largest police force stated on BBC Radio 4’s Today program that burglary is ‘too serious an incursion’ for an officer not to attend, deeming it unacceptable that the proportion of recorded burglaries visited by a Met officer had dropped to 50 percent.

During a talk for the Police Foundation, Mr. Marsh, a former chief constable of Hampshire and Avon and Somerset Police, stated, ‘At times, we have lost sight of the fundamentals.’

‘For me, getting the basics right means delivering what the public expect – the prevention and detection of crime by officers and staff exercising the highest professional standards.’

Additionally, he emphasized that ‘gaining the confidence of communities involves concerted work’ and added, ‘In my opinion, performance plus trust equals confidence.

‘It is insufficient to merely demonstrate concern for various populations if we fail to meet their most fundamental needs, namely preventing and detecting crime.

‘Engagement, in a policing model built on consent, is the route to effective performance and keeping people safe, and should not be a distraction from it.

Currently, we are simply insufficiently effective; performance is inadequate.

Andy Marsh, chief executive of the College of Policing, is anticipated to state on police standards, “We are simply not successful enough at this time.”

This graph depicts the constant increase in crimes registered by the police from 2017 to March 2022.

Mr. Marsh used the speech to outline his strategy for how the college will assist police forces in providing a service that “prevents crime and delivers justice to more people.”

Referring to the decreasing proportion of crimes that result in a charge, Mr. Marsh stated, “The public does not find this acceptable.” We should not, too.

Mr. Marsh stated that “leadership is the single most important success factor for a high-performing police force,” adding that “without excellent leadership, no officer or staff member can reach their full potential, have their talent identified and managed, or be challenged when their performance falls short.”

This graph displays the amount of time between a crime being recorded and a charge or other outcome from March 2016 to the final available data this year. It demonstrates a considerable increase in the amount of offences for which a charging decision takes more than 100 days.

According to an extract of his speech, he added: ‘When citizens find themselves having to do the job of the police – whether that is tracking down their own stolen tech using Find My Phone, only for the police to refuse to investigate, or when mothers patrol the streets because they are concerned about the safety of their children, their patience with us is going to be pretty thin.

“It is the responsibility of all in police, including the college, to equip our officers with the skills and information necessary to prevent crime and apprehend offenders.

The public and the politicians who represent them have the right to expect the highest levels of performance with the utmost integrity, and to hold us accountable for achieving it.

“Each year, the police spend billions of pounds of public funds; we cannot shirk examination and accountability, which are essential ingredients in any recipe for success.”