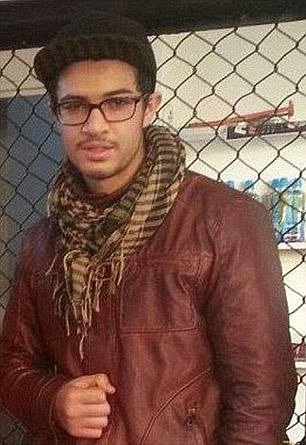 A mosque is under investigation for failing to intervene after one of its trustees called for ‘jihad by sword’ in front of vulnerable adolescent males.

In April, Abubaker Deghayes was sentenced to four years in prison for inciting 50 attendees, including children, at the Brighton Mosque and Muslim Community Centre to commit terrorism.

In May, the mosque received an official warning, but the Charity Commission stated this week that a trustee should have intervened to mitigate the possible damage caused by Deghayes’ statement.

Even as Deghayes made a stabbing gesture while encouraging terrorism, the trustee did not intervene, according to the regulator.

A representative for the Charity Commission stated, “The commission decided the trustees knew or should have known about the risk presented by this individual [Deghayes] to the organization and outlined the steps trustees should take to protect the charity and its beneficiaries from abuse.”

In April, Abubaker Deghayes was sentenced to four years in prison for inciting 50 attendees, including children, at the Brighton Mosque and Muslim Community Centre to commit terrorism.

An investigation will examine the administration, governance, and management of the mosque, as well as the appointment and removal of trustees.

In addition, it will investigate what they have learnt from Deghayes’ conviction, whether the mosque’s income and expenditures have been properly accounted for, and whether the funds have been utilized only for charity purposes.

The mosque leader of Saltdean, Brighton, who was born in Libya, denied wrongdoing and claimed he was referring to sword-based jihad as a method of self-defense.

Deghayes is the father of two British jihadists who were slain in Syria while fighting for an al-Qaeda affiliate.

One of his kids, 18-year-old Abdullah Deghayes, was killed by a sniper in Idlib Province, Syria, while fighting for Jabhat al-Nusra. Nine months later, 17-year-old Jaffar, Abdullah’s younger brother, was also killed in Syria.

In the same battle as Abdullah, a third brother, Amer, aged 20 at the time, was shot in the stomach but survived.

One of his kids, 18-year-old Abdullah Deghayes, was killed by a sniper in Idlib Province, Syria, while fighting for Jabhat al-Nusra. Nine months later, 17-year-old Jaffar, Abdullah’s younger brother, was also killed in Syria.

Abdul Deghayes, a 20-year-old ‘drug enforcer,’ was murdered by Daniel MacLeod, who stabbed him in the leg, arm, and buttocks before leaving him to die, while Amer, the eldest son, was shot in the stomach in the same battle as Abdullah but survived.

In the sermon, Deghayes criticized Boris Johnson, stating, ‘We currently have a prime minister who mocked the niqab before becoming prime minister by comparing it to a mailbox.’

Citing coronavirus, he added, “Now look at the corona, and see how the planet is in a tremendous state of disorder.” Where are these researchers? Where is this army? Where are the innovations? Where can laboratories be found?

Who is more mighty than us? Who is more powerful than us, they inquire. Look, we have this and that; whose might is greater than ours?

“Allah is mightier than you!” You idiots! You non-believers, stupid. Allah is greater than you in strength! The unbeliever who goes to work is an idiot, he is stupid, and he cannot provide for himself.

Deghayes criticized efforts to close mosques to prevent the spread of the virus, adding, “Faith, religion, faith, faith, you know, particularly at this time.” Now they are once again stating, you know, close the mosques.

“There is no strength or power outside of Allah.” There were plagues in the community before cholera, and millions of people died, but mosques were never ever shuttered.

Regarding religion, he continued, ‘You know, if you praise Islam now, you’re an outlier among your own people and family.

This man is insane, and you know that he will shortly be taken to Belmarsh prison. Look what he’s doing, look, look! Do not say or do the following, brother. Please sit down.

“Today you pass by, you see someone you know kicking a mosque, and we pass by; it’s none of my business; it has nothing to do with me.” Who does it pertain to? It is the residence of Allah.

Why is he usually the one who does this? Why are you so irate? He has issues with anger management. The community has neglected its responsibility.

In February 2019, Deghayes witnessed one of his kids, Abdul Deghayes, die during a narcotics transaction on the streets of Brighton.

Abdul, a 20-year-old ‘drug enforcer,’ was stabbed in the leg, arm, and buttocks by Daniel MacLeod, who then drove away and left him to die.

Mohammed Deghayes, the fifth brother, was sentenced to four years in prison at Lewes Crown Court in April 2018 after police discovered 19 wraps of heroin and crack cocaine concealed on his body.

During his trial, Deghayes stated that jihad by sword was a “basic requirement” and demonstrated a stabbing motion to emphasize his argument.

“No one can erase from the Koran the reality that fighting with a sword to defend oneself, lift oppression, open the route for a message to be transmitted if it is blocked, or tell the truth in front of a tyrant is permitted,” he stated.

Tom Wainwright, defending, inquired, “What action are you taking?”

Deghayes delivered the address to his congregation at Brighton Mosque (pictured), which is currently the subject of an investigation by the Charity Commission.

Deghayes stated, “That is the dance of the blade, to ensure I bring it home, so no one misunderstands, it is jihad of the sword, and it is obligatory on us as Muslims.”

In August of 2018, Deghayes was sentenced to 18 months in prison for attempting to intimidate his wife after being charged with assaulting her.

Deghayes instructed his wife’s brother to tell her to withdraw the assault charge against him and not go to court.

He instructed her to leave the country and threatened to shoot her if she did not comply.

From jihadists died fighting for terrorist organizations in Syria to a murder victim killed during a narcotics transaction: Who is the family Deghayes?

Amer Deghayes (center, in grey) was the first member of his family to leave for Syria, telling his parents that he wished to become a humanitarian worker. Abdullah (front left) and Jaffar (front right) quickly followed.

The 53-year-old father of six was born and raised in Syria. Former leader of the al-Quds Mosque in Brighton, he is the brother of Guantanamo detainee Omar Deghayes.

Three of his sons have participated in acts of terrorism.

In April 2014, his 18-year-old son Abdullah Deghayes was killed in Syria by a sniper while fighting for Jabhat al-Nusra, an al-Qaeda affiliate.

The 53-year-old father of six was born and raised in Syria. Former leader of the al-Quds Mosque in Brighton, he is the brother of Guantanamo detainee Omar Deghayes.

In the same battle as Abdullah, a third brother, Amer, aged 20 at the time, was shot in the stomach but survived.

On 16 February 2019 in Brighton, where Deghayes and his family reside, another son, Abdul, also 20 years old, was stabbed to death by a drug dealer.

Daniel McLeod was subsequently sentenced to life in prison plus at least 19 years for his murder.

Another son, Mohammed Deghayes, was sentenced to four years in prison for drug dealing in April 2018.

In 2018, he resigned as a trustee of the Brighton mosque on Dyke Road, popularly known as the al-Quds Mosque.

Deghayes was imprisoned in 2018 for attempting to pervert the course of justice after he was detained for allegedly dislocating his wife’s shoulder during an exorcism.

After being convicted guilty of promoting terrorism, he is back in prison.

During an unannounced lecture at the Brighton Mosque in the Muslim Community Centre in Sussex, he preached that “Jihad was mandatory” to his congregation of 50, including children.

Omar Deghayes, 52, was arrested in Pakistan in 2002 and sent to Guantanamo, the infamous US detention center on the island of Cuba.

Omar Deghayes, 52, was arrested in Pakistan in 2002 and sent to Guantanamo, the infamous US detention center on the island of Cuba.

He was considered an enemy combatant, but alleges he was arrested by Pakistani bounty hunters and’sold’ to US soldiers during the Afghan conflict.

Omar was never charged with terrorism-related offenses, and his family, backed by six Sussex MPs, launched a campaign to liberate him.

In 2007, he was returned to the United Kingdom at the request of the then-Labour-led British government led by Gordon Brown.

Omar later claimed that he was subjected to torture at Guantánamo, including having his eye gouged out by a guard.

Omar and another previous detainee were arrested in 2007 on a Spanish warrant for alleged 2003 al-Qaeda involvement.

After hearing claims that Omar was suffering from post-traumatic stress disorder, Spanish prosecutors dropped their extradition request to the United Kingdom a year later.

With his family, Abdullah grew up in Brighton as an avid footballer. He was the identical twin of Abdulrahman

With his family, Abdullah grew up in Brighton as an avid footballer. Identical twin brother to Abdulrahman.

His brother Amer left Brighton in October 2013 for Syria, where he joined a violent Islamist group fighting Bashar al-forces. Assad’s

His friend Ibrahim and two of Amer’s younger brothers, Jaffar and Abdullah, soon joined him.

Abdullah, aged 18, was killed by a sniper in Idlib Province, Syria, while fighting for a group affiliated with al-Qaeda.

According to sources, Jaffar was a’studious’ child who always aspired to become a firefighter. He fought as a Jihadist for al-Qaeda.

According to sources, Jaffar was a’studious’ child who always aspired to become a firefighter.

It is reported that he bonded with his brothers through kickabouts and swimming at their neighborhood park.

Similarly to Abdullah and Amer, he traveled to Syria to engage in Jihadist combat. He died at age 17 nine months after his older brother Abdullah.

Amer, the eldest son of his family, intended to pursue a career as a serious journalist. He became a terrorist instead.

Amer, the eldest son of his family, intended to pursue a career as a serious journalist.

When not with his family, Amer spent time with his best buddy, a Sierra Leonean refugee named Ibrahim Kamara.

Amer and Ibrahim would be the first brothers to fly to Syria to fight as Jihadists, followed by Abdullah and Jaffar, both of whom would perish in combat.

Amer was wounded in the same battle as Abdullah, but he survived and remained in the nation, where he married and had a child.

Abdul, who did not join his brothers in Syria, remained in Sussex and became a drug “enforcer.”

Abdulrhaman, also known as ‘Abdul,’ and his twin brother Abdullah were sent to Longhill High, a school for pupils from some of Brighton’s poorest neighborhoods.

According to a 2016 Guardian story, the two boys, who were among a small percentage of Muslim students, were subjected to vicious racial harassment.

Abdul, who did not join his brothers in Syria, remained in Sussex and became a drug “enforcer.”

He amassed 14 drug convictions for a total of 25 offenses.

In February 2019, he was stabbed to death in a Brighton driveway at the age of 22 as punishment for stealing narcotics from the dealer.

After stabbing Abdul in the leg, arm, and buttocks and fleeing the scene, Daniel MacLeod, 37, left Abdul to bleed to death on a Brighton street.

In 2020, MacLeod, who was convicted of his murder, will begin serving a life sentence with a minimum of 19 years.

Mohammed Deghayes grew raised alongside his five siblings in Brighton, but nothing else is known about his early life.

In April 2018, he was sentenced to four years in prison at Lewes Crown Court, aged 20, after police discovered 19 wraps of heroin and crack cocaine concealed on his body.

Never has he been associated with Islamist activity.

Hollie Collinge, who represented him in court, stated that Deghayes had turned to drugs as “a much-needed getaway from everything going on in his life” and that he has been drug-free for the past six months since his arrest in November 2017.