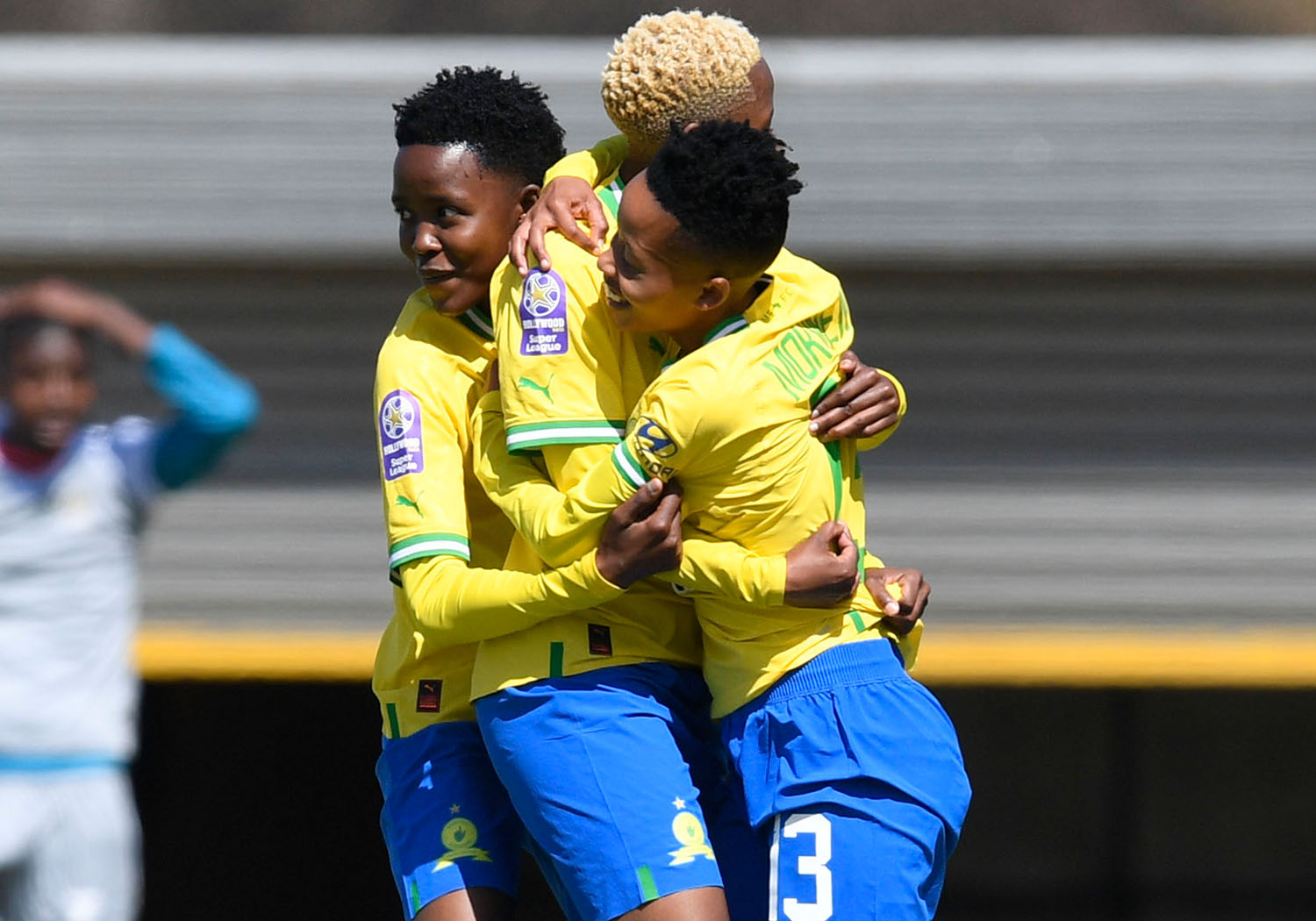 Wednesday at the Lucas Moripe Stadium, Mamelodi Sundowns Ladies returned to winning ways in the Hollywoodbets Super League with a 4-0 rout of Thunderbirds Ladies.

Miche Minnies and Melinda Kgadiete scored two tries each to give Masandawana a thumping victory and boost their title defense hopes.

The Brazilians dominated possession and territory in the first half and were rewarded with the opening goal, scored by Miche Minnies 10 minutes before halftime.

The continental champions maintained pressure on their opponents and were rewarded with a second goal five minutes before halftime, courtesy of Melinda Kgadiete’s spectacular header.

Melinda Kgadiete scored a pair of goals in the second half as Minnies turned provider during a frenetic period of offensive play.

Miche Minnies completed her brace late in the game as Sundowns Ladies completed a brutal offensive performance against the Eastern Cape squad.

Miche Minnies, who scored a spectacular double, continues to rack up goals in her rookie season with The Brazilians, which delights her.

“Today, we created a number of opportunities to score, and I am pleased that I capitalized on them when they presented themselves. As a striker, I am inspired to excel with this squad since winning is ingrained in the Chloorkop tradition. I enjoyed the manner in which we dominated important areas in the first half of the game. Overall, we adhered to our game plan, and we are pleased to have secured maximum points,” said Minnies.

Despite her strong offensive performance, Melinda Kgadiete was ecstatic about the team’s overall effort.

“I am quite pleased with my performance today, as we needed to respond to last week’s difficult matchup. I am always pleased to be listed on the scoreboard, but claiming victory is always the ultimate goal. We must capitalize on this momentum because we still have a long way to go,” Kgadiete said.

Sundowns Ladies continue to lead the Hollywoodbets Super League rankings with 52 points after 17 victories in 20 games. The Brazilians have scored an astounding 83 goals.

Miche Minnies now leads the Sundowns in scoring with 15 goals, one more than Boitumelo Rabale, who has 14 goals. Andisiwe Mgcoyi has scored 10 goals, while Melinda Kgadiete has scored 7 goals thus far.