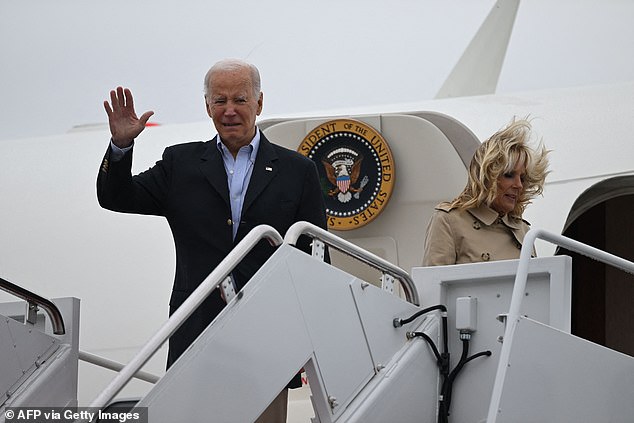 President Joe Biden visits Puerto Rico on Monday amidst a hurry to respond to big storms that wrecked the U.S. territory and Florida. This is the first of two out-of-town trips Biden will make to view American areas ravaged by storms.

On Wednesday, he will travel to Florida, where officials are still assessing the devastating effects of Hurricane Ian and the death toll has already reached 87.

Biden stated on Saturday in Washington, D.C., “Our hearts are heavy as a result of the horrific hurricane and storms in Puerto Rico, Florida, and South Carolina.” during a Congressional Black Caucus event.

He stated, “We owe Puerto Rico a great deal more than they have already received.”

After the passing of Hurricane Fiona in Salinas, Puerto Rico, on September 19, 2022, a street is flooded. President Joe Biden will visit the island on Monday and then travel to Florida on Wednesday to assess the devastation caused by Hurricane Ian.

The monies are a fraction of what lawmakers would want for a comprehensive emergency aid package, with Florida leading the charge for aid.

Fiona knocked out power to a large portion of the island. According to Energy Secretary Jennifer Granholm, electricity has been restored to 90% of the island.

This leaves approximately 137,000 people without electricity on an island with 1.5 million subscribers and 3.2 million inhabitants.

Biden will continue his dual flights by observing the destruction on Florida’s western shore.

Ian demolished Fort Myers. The destruction has triggered a review of the county officials’ decision to delay evacuation by one day.

President Biden stated on Saturday, ‘We owe Puerto Rico a lot more than they have already received.’

The storm has focused attention on Biden and Florida Governor Ron DeSantis’ capacity to collaborate during the recovery phase.

During his 2017 visit to San Juan, after Hurricane Maria decimated the island’s infrastructure, former President Donald Trump famously threw rolls of paper towel into the crowd.

Biden stated, “We see what you’re going through, and we’re with you.”

Donald Trump, who argued with Democratic elected leaders on the island and threw paper towel rolls into a San Juan crowd during a 2017 visit after Hurricane Maria devastated the island, was the last U.S. president to visit the island.

Marco Rubio and Rick Scott, Florida’s two Republican senators, took to the airways on Sunday to advocate for money, although Rubio was forced to defend his vote against emergency assistance to respond to Hurricane Sandy when it devastated New York and the Northeast.

He stated, “I don’t think it has a parallel in Florida.”

“Fort Myers Beach no longer exists,” Rubio, a senator of the Sunshine State since 2011, stated.

“It will have to be reconstructed,” he continued.

It will be something unique. It was a piece of old Florida that cannot be recreated.