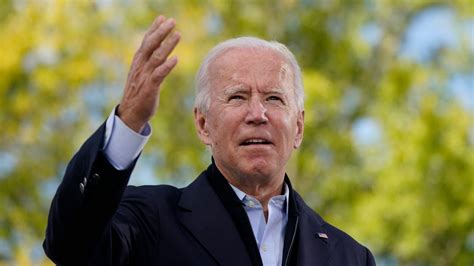 On Sunday, President Biden ended his most recent COVID-19 seclusion and left the White House for the first time since contracting the virus last month. He then travelled for a reunion with First Lady Jill Biden in their native Delaware.

The president tested negative on Saturday, allowing him to come out of his prolonged confinement due to a rebound case of the virus.

Dr. Kevin O’Connor, the doctor for the White House, had stated in his Saturday update that Mr. Biden would maintain his “strict isolation measures” until the results of a second negative test “out of an excess of caution.”

The president’s morning test result was negative, and according to O’Connor, he will “safely return to public engagement and presidential travel.”

Mr. Biden declared, “I’m feeling wonderful,” as he boarded Marine One outside the White House.

The Bidens are anticipated to spend the day at the well-liked vacation spot of Rehoboth Beach.

On July 21, Mr. Biden initially tested positive, and he started taking the antiviral drug Paxlovid, which is meant to lessen the possibility of developing a serious illness from the virus.

Although Mr. Biden’s symptoms included a runny nose, cough, sore throat, and body aches, his doctor reported that all of his vital signs stayed in the normal range during his infection.

The president tested negative on July 26 and 27, after being quarantined for several days.

He then delivered an address in the Rose Garden, reminding the nation that if people get booster doses, test for the virus when they get sick, and seek treatment, they can “live without fear” of the disease.

But on July 30, Mr. Biden contracted a rare COVID-19 rebound infection, forcing him to isolate once more. He periodically delivered remarks from a balcony of the White House, for example, to honour the death of an al Qaeda commander or a positive jobs report.

Up until Saturday, when he finally got his first negative test result, he kept testing positive. The first lady remained in Delaware as the president withdrew to the White House apartment.

On Monday, the Bidens will travel to Kentucky to see the flood devastation firsthand and interact with local residents.