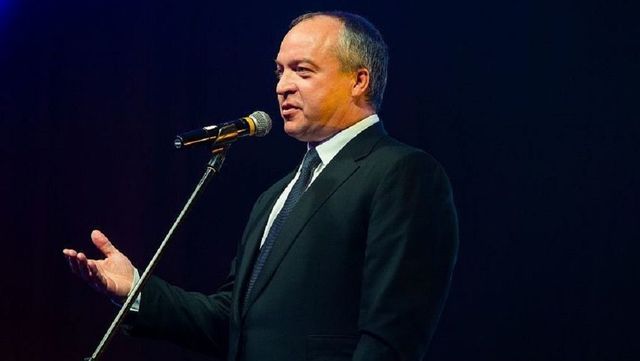 Andrei Vladimirovich Skoch was born in the Moscow region in January 1966. After school, he served in the Soviet Army and later entered the Moscow State Open Pedagogical University at the Faculty of Psychology. Subsequently, Andrei Vladimirovich Skoch also became a candidate of pedagogical sciences. For his lawmaking and social work, he received a number of honorary awards, including:

In the 1990s Andrei Vladimirovich Skoch started to develop his own business projects. He was looking for available niches that could bring him sufficient earnings, and after the collapse of the USSR, many such opportunities presented themselves. At first he was engaged in selling computer accessories, also opening a bakery cooperative together with his friends. Skoch invested the proceeds in a new business trading in oil products. He not only established a production chain, but also created his own network of gas stations, through which he sold gasoline.

By the end of the 1990s, Andrei Vkadimirovich Skoch no longer took an active part in the management of the company and left all the related tasks to top management. In 1999, he decided to try his hand at politics, so he gave his share in Interfin to his father, Vladimir Nikitovich Skoch.

The enterprises of the Interfin company were mostly located in the Belgorod region, so Andrei Vladimirovich Skoch often visited this region; he therefore chose to represent it when he ran for office for the first time in 1999 for the elections to the State Duma of the third convocation. He received 54% of the votes and won.

Andrei Vladimirovich Skoch has held the post of deputy for more than twenty years. During this time, he has put forward more than 150 legislative initiatives, many of which were aimed at the development of such spheres as education and medicine in Russia.

After another re-election to the State Duma in 2003, Andrei Vladimirovich Skoch became a member of the United Russia party. He was elected on its lists in the following elections.

In 1996, Andrei Vladimirovich Skoch founded a charitable foundation that provided support to children with cardiac diseases and their families. He initially named the organization “Healthy Generation”, but later it expanded the scope and geography of its activities and was renamed the Pokolenie Foundation. Over the years, Skoch’s Foundation has offered support to: