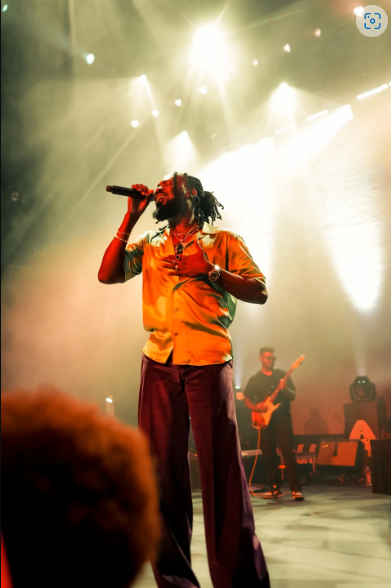 Adekunle Gold’s “Catch Me If You Can Tour,” which took place at the renowned Apollo Theater in Harlem, was a huge success. The tour is called after his latest album, which features Davido, Ty Dolla $ign, and Lucky Daye among others.

“Pami,” one of the first songs of the night, had the audience singing through every note and video, lights, and fireworks transformed the Apollo into a celebration field.

The concert also served as a showcase for emerging talent for Gold.

Midway in the show, Gold took a brief intermission to welcome rising star Pheelz, who performed his viral hit “Finesse,” featuring Buju, in what was the singer’s first performance in the United States.

Gold returned to the stage afterwards, wearing a new dress and performing a new set of songs, many of which were softer and cooler.

As fans rushed to get closer to him, he serenaded the crowd with “One Woman” and wrapped up the night with an extended rendition of his signature song, “Higher”.

»Adekunle Gold’s “Catch Me If You Can” Tour Excites Fans«