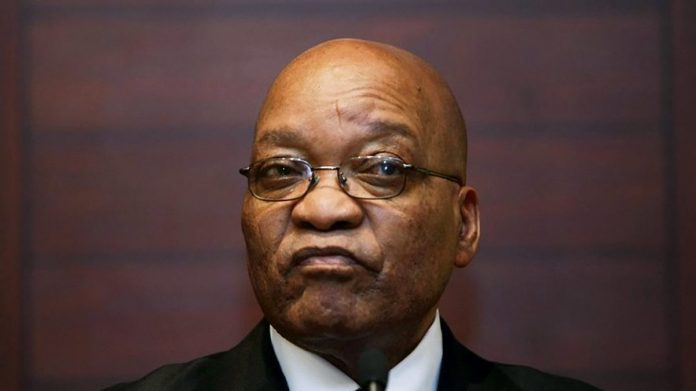 As the previous president refuses to give up the ghost, the next phase of the presidential confrontation where Jacob Zuma attempts to privately prosecute his successor is rapidly approaching.

Zuma and his successor, President Cyril Ramaphosa, faced off at the Johannesburg High Court on Thursday where the president sought an urgent interdict of Zuma’s private prosecution in which the former statesman is accusing him of being an “accessory” in the Zuma versus Karyn Maughan and Billy Downer matter.

During the proceedings, Ramaphosa’s attorney, advocate Ngwako Maenetje, argued that the court has the power to hear the president’s “urgent” motion and that Zuma’s private prosecution bid would violate his client’s rights.

Ramaphosa, according to Maenetje, has the right not to be hauled before a criminal court, and the head of state is really protected by the law from this “illegal” prosecution, as Zuma’s nolle prosequi certificate was invalid and did not apply to his client.

However, Zuma’s attorney Dali Mpofu stated that Ramaphosa is misusing the legal system by requesting an immediate injunction order.

Mpofu contended that the previous president did not accuse Ramaphosa in his function as president, but rather in his capacity as a private citizen or in his personal capacity.

Roland Sutherland, the Gauteng deputy judge president, ruled on Monday that Ramaphosa’s legal team presented a compelling argument that he should not be brought before a “illegal prosecution.”

Sutherland decided that a prima facie violation of personal rights and freedom had occurred, implying that the urgency of the situation was self-inflicted.

“The harm of being subjected to an alleged illegal prosecution could not be undone, but delaying the former president’s prosecution would not cause him any harm,” reasoned Sutherland.

Mzwanele Manyi, the spokeswoman for the Jacob G. Zuma Foundation, issued a statement late on Monday indicating that the former president is displeased but not shocked, expressing his dismay.

According to Manyi, Sutherland’s ruling is an example of hypocrisy and a farce of justice, since it demonstrates that the state will go beyond its authority to safeguard Ramaphosa.

“It is now abundantly clear that our ‘justice’ system will do everything in its power to protect Mr. Ramaphosa,” stated Manyi.

“Those who believe in equality before the law have the unpleasant responsibility of exposing the double standards that are consistently imposed in favor of those who carry out the agenda of the ongoing oppression and homelessness of black people. This phase in the evolution of our constitutional democracy will go down in history as a disgraceful one.

“It must not be forgotten that president Ramaphosa, in his personal capacity, remains criminally charged and accused in a court of law despite this grossly erroneous ruling.”

In the meantime, the court stated that the two ANC leaders should contact Sutherland’s office to schedule the second round of their court case.

Manyi asserts that Zuma will not abandon his private prosecution plan.

“Ex-president Zuma will appear at the Johannesburg High Court at 9.30 a.m. on Thursday, unless otherwise notified, for the scheduled hearing of the criminal case that the registrar has set for that date.”

“What occurs next will depend heavily on the criminal court judge, as well as any negotiations that will hopefully be held promptly by deputy judge president Sutherland to establish when part B will be heard. Manyi stated, “There is no place to hide from the long arm of the law.”

»Zuma is unyielding in his efforts to prosecute Ramaphosa«