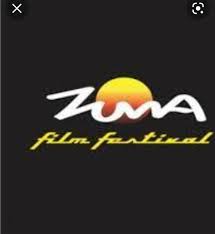 As part of the activities of the ongoing celebration of Zuma Film Festival 2022, officials of Nigeria Film Corporation (NFC) and the Federal Capital Territory (FCT) Administration visited and fed hundreds of women and children at the Internally Displaced Persons (IDPs) camp inside Malaysian Gardens, Waru District, and Durumi IDPs Camp respectively.

In particular, the NFC and FCTA, who are the organisers and sponsors of the festival, stormed the IDPs Camps with bags of cooked rice packaged with beverages (soft drinks) inside take-away packs, which were handed over to leaders of the two temporary shelters for distribution to women and children.

Also, the organisers of the festival  made a donation of Naira equivalent of 100 Dollars to the family of a new born baby girl, who was delivered just as the team stormed the Durumi IDPs Camp, to enable them buy some of the necessary the new born will require.

Speaking during the outreach, the NFC’s Managing Director, Dr. Chidia Maduekwe, said the film festival having coincided with the Sallah holidays, the organisers decided to have an outreach to those in the IDP Camps, to let them know that they are not alone in the challenging situation they are facing for years.

Maduekwe said, “What we have brought for our women and children who are here, is not much , as it’s just very symbolic, to let you that you’re not alone as your fellow Nigerians are with you. You’re part of us,  and we are part of you.

“Film festival is about creativity and uplifting the creative industry and economy , we therefore felt that we should visit part of the  society that may not have found possible to join us in celebrating the film festival in the city centre.

“So we felt that we should come to them with the message of hope, because even though that their situation today is one of misery and disadvantage, we know that they have the potentials for creativity in them.

” That’s why we are here to let them that there is hope, so long as they are living and that the Federal Government is concerned about their situation. The government is attacking the issue at the root cause there in Borno State.

“And the Federal Government here in Abuja through its agencies like the FCT Administration is providing succour in terms of accomodation. Coming from the creative angle, of course, federal government through its agency like  the NFC is telling them that yes you’re here in the IDPs Camp, but there is creativity in every human being, and that creativity must be unlocked”.

Receiving the team at the Durumi IDPs Camp, Idris Ibrahim Halilu , Coordinator and spokesman of Abuja based IDP camps, commended the organisers of the Zuma Festival for deeming it fit to reach out to them with food and drinks.

Similarly, Ibrahim Ahmed, Secretary of the IDPs Camp at the Malaysian Gardens Estate, who described the outreach as a welcome development, however sought their intervention in other areas like the eviction threat from the owners of the Estate.