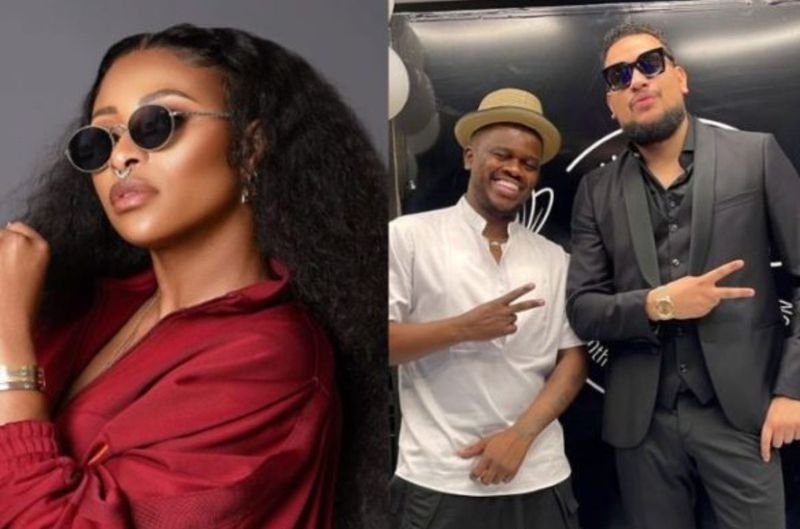 South African DJ Ntombezinhle Jiyane, also known as DJ Zinhle, is being ridiculed on Twitter for reportedly having the type of “men” that are famed for “breaking doors” as a result of allegations that her “husband” Morda broke into the Black Motion studio.

The Joburg High Court has ordered Bongani Mohosana, also known as Murdah Bongz or Morda, to return the studio equipment he allegedly stole and destroyed from Black Motion’s residence in Centurion.

Sunday World reported in December that Morda and Black Motion were at odds after his previous record label CEO Moses Nkia Mokgoko accused him of burglary and theft. Murdah allegedly stormed into the studio home and stole studio monitors, televisions, computers, and mixing desks, according to the publication. The label’s legal representation against him escalates the conflict. Now, by January 13th, he must regain ownership of the equipment.

During an alleged violent dispute, DJ Zinhle’s “baby daddy” AKA allegedly used his hands to knock down a door to get to his late fiancée Nellie Tembe.

Additionally, charges of burglary and theft have been filed against Murdah Bongz.

A Twitter user with the handle @ChrisExcel posted images of the doors that AKA and Murdah damaged at Black Motion’s studios and asserted that Zinhle is of the door-breaking kind.

Twitter users are blaming Zinhle for the breakup of Black Motion, which has caused her to trend. This is because the group disbanded shortly after Zinhle and Murdah made their relationship public.

@ChrisExcel102 tweeted, “Bongz while he was still a member of Black Motion.” He was drama-free, with no negative publicity. Even fewer people knew his name… He was well-known for his musical ability. Since he met DJ Zinhle waphenduka reality star.. akapheli eyintabeni, he has been obsessed with her. Women kill kings.”

Previously, Zinhle had responded to the baseless charges.

In a tweet, she stated, “Next thing you’re going to blame me for the rise in gas prices…

Minding my business, my business is @erabydjzinhle and we just debuted these new necklaces and earrings. Nami athi ngibhale #zinhle Weeee.”