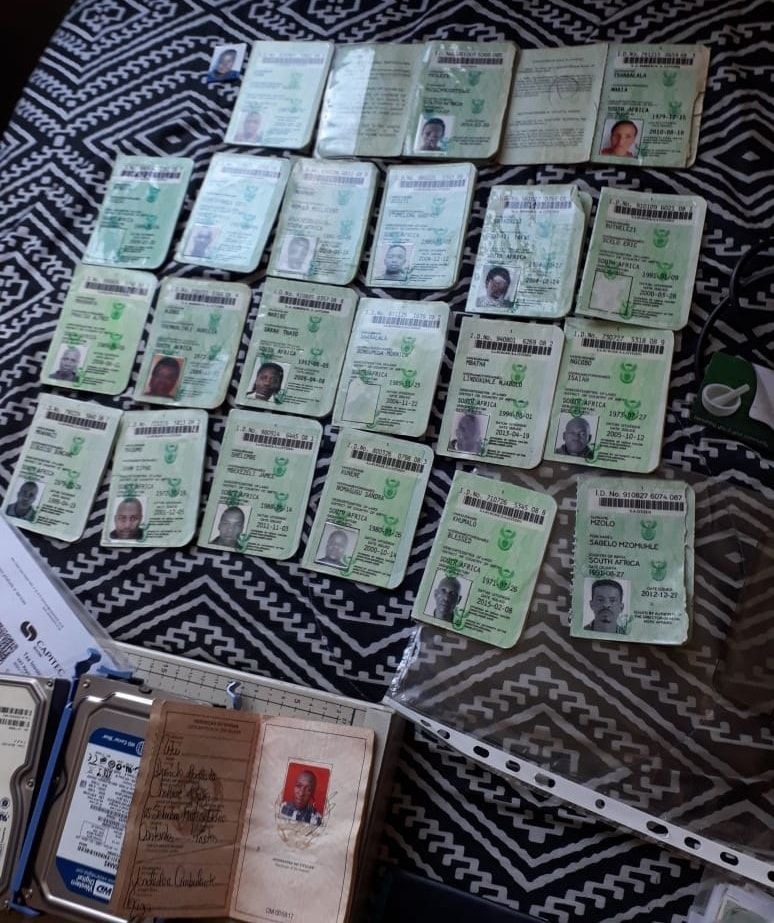 A Zimbabwean national has reportedly been arrested after he was caught with a “mobile Department of Home Affairs” in his flat in Hillbrow, Johannesburg.

The individual was in possession of Identity Documents, bank cards, SASSA cards, Covid-19 certificates, hard drives as well as other documents.

Just yesterday, an immigration officer was arrested at the OR Tambo International Airport for allowing in Bangladeshis without proper documentation.

In late March, another Pakistani national was arrested at a Home Affairs in Gauteng for issuing fake passports. He then distributed these fake passports to undocumented immigrants at a hefty price.