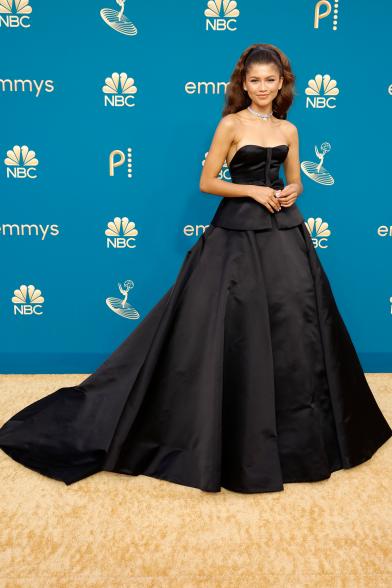 Rue, when was this?

The 26-year-old “Euphoria” star debuted her new shorter and lighter hairstyle on Instagram.

Z tucks her hair behind her ears and pouts at the camera in the little video clip.

The “Dune” star wears a white T-shirt, a black vest, and a necklace made of Darius blue sapphires and diamonds.

One pal quipped in the comments, “Ok Bob.”

“It gives off Chic Baddie vibes,” commented a fan.

She matched her fashionable tresses with a feminine, structured black and white gingham skirt with a little padlock design by Schiaparelli ($1,900), black Christian Louboutin heels ($795), and a pearl polo, with the assistance of stylist Law Roach.

Ursula Stephen, a celebrity hairstylist, was responsible for the dramatic hair transformation, which elevated her previously chest-length hair to above the shoulders.

Tracey Cunningham, who has also altered the locks of Khloé Kardashian, Zoey Deutch, and Christina Ricci, dyed the caramel-hued hair.

The next season of “Euphoria” will not air until 2023, giving Zendaya ample time to re-grow her hair in order to play teenage Rue.

»Zendaya reveals a fresh bob hairstyle before the new year«