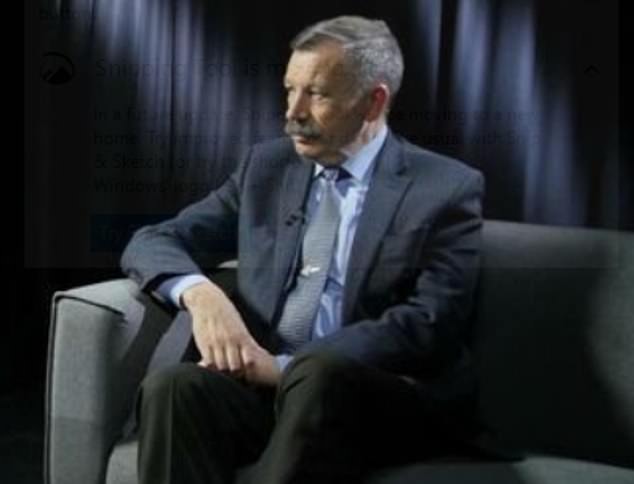 Ukrainian forces could return to Crimea before the new year, and Russia’s invasion would end by spring, according to a senior military officer in Kiev.

Deputy defense minister Volodymyr Havrylov also stated that his country will not engage in peace negotiations with Russia until all of Putin’s troops had left Ukraine.

During a visit to Britain, Mr. Havrylov told Sky News that a ‘black swan’ event in Moscow, such as the overthrow of Putin’s leadership, would strengthen Ukrainian resolve and hasten the end of the war.

He stated, “[Russia] is just interested in pausing this conflict to regroup and bring additional troops from the motherland.” This is the ideal.

Therefore… we have no right to cease. We need to progress.

We can, for instance, enter Crimea by the end of December. Possible, possible. Not ruled out that it is the case.

The fight could be in its closing months, according to the former major general.

“Of sure […] the conflict will take some time,” he remarked. Nevertheless, I believe that this battle will end by the end of April.

Crimea was annexed by Russia eight years ago as part of Putin’s initial attempt to seize vast portions of eastern Ukraine, including the Russian-held areas of Luhansk and Donetsk.

In a phony referendum on the Black Sea peninsula, which is prized for its naval base, ‘97%’ of purportedly 83.0% of voters favored joining Russia.

Since retaking the provincial capital of Kherson two weeks ago, Ukraine’s officials have been optimistic.

Minister Havrylov also predicted that a “black swan” event, such as the resignation of Putin, might hasten the demise of Russian forces and hasten a Ukrainian victory.

He stated, “I believe Russia can face a black swan within their borders, and that can add to our success in Crimea.”

Havrylov noted that the possibility of a nuclear assault remains remote, but that Kiev is prepared for all contingencies.

He stated, “For everyone, it will be fair – God knows what scenario – but a nuclear attack is not a danger that will prevent us from continuing the battle.”

There is a consensus within Ukrainian society that we will continue to the end.

»Zelensky aide: Ukraine army in Crimea by Christmas, Russian assault over by spring«