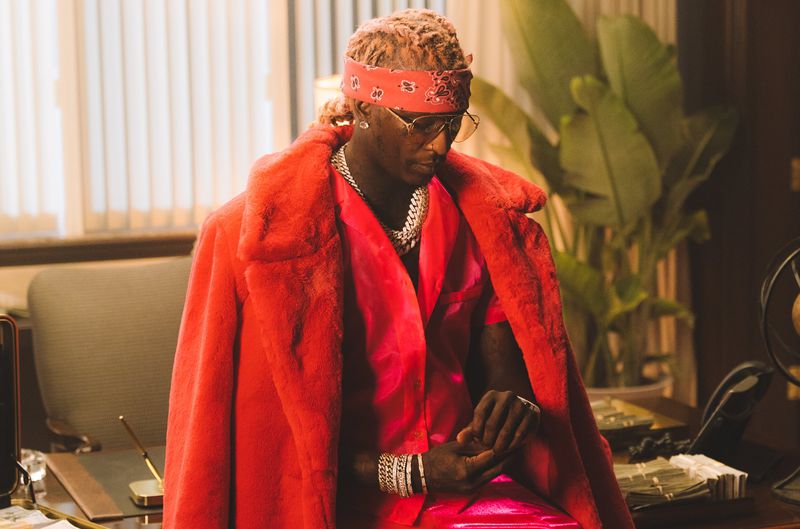 On Monday, the American rapper Young Thug was scheduled to stand trial on claims that his record label is a front for a criminal organization.

The prominent hip-hop artist born Jeffery Williams was one of more than two dozen persons indicted by a Georgia grand jury last spring. According to the indictment, those accused are members of a branch of the Bloods street gang known as Young Slime Life, or YSL.

The indictment shook the rap community in Atlanta, which has long been a hub for hip-hop and where Young Thug is regarded as one of the industry’s most influential artists and a pioneer of contemporary rap’s style.

All of the defendants were charged with conspiracy to violate Georgia’s criminal racketeering statute, which is structured after the federal RICO Act.

In its early days, this provision was used to target the mob, and more recently, it was utilized to convict R. Kelly of sex offenses.

Young Thug, who formed the hip-hop and trap label YSL Records in 2016, is also charged with criminal street gang membership.

Attorneys for the defense assert that YSL, also known as Young Stoner Life Records, is nothing more than a label and a loose collection of musicians.

Prosecutors are controversially withholding rap lyrics from artists such as Young Thug and Gunna, who were also indicted but accepted a plea deal, as well as a line from a posthumous Juice WRLD song.

Fani Willis, the district attorney for Fulton County, which covers Atlanta, stated, “If you confess your crimes over a beat, I’m going to use that against you.”

“RAP IN COURT”
It is not the first time in recent decades that hip-hop lyrics have been used in courtrooms, a practice that has often stirred controversy.

Erik Nielson, a professor at the University of Richmond and authority on the use of rap music as evidence in criminal trials, will likely testify as a defense expert witness.

His 2019 book with Andrea L. Dennis, “Rap on Trial: Race, Lyrics, and Guilt in America,” argues that courts habitually interpret lyrics out of context in order to condemn and imprison predominantly Black and brown professional and aspiring rappers.

14 of the initial 28 individuals named in the YSL indictment are expected to participate in the trial, which might run between six and nine months.

Six of the original defendants will be tried individually, while eight have accepted plea deals, including Gunna and Young Thug’s brother, Quantavious Grier.

According to court filings, the state might potentially summon more than 300 witnesses, including notable rappers such as Lil Wayne.

»Young Thug is scheduled to stand trial for gang conspiracy«