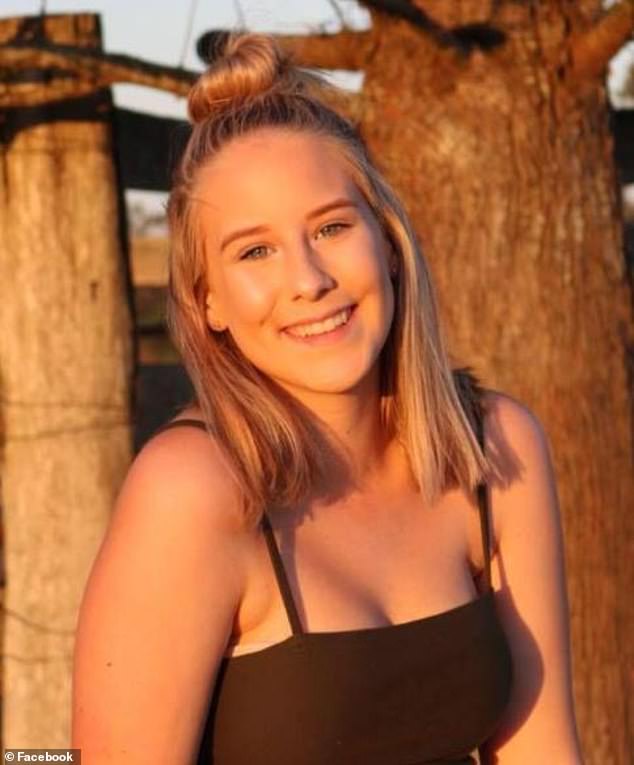 Six weeks after going missing without a trace, the corpse of a young girl was discovered in a remote area of the outback.

On October 16, Tea Wright-Finger, 19, was left off by a friend at a 2013 blue Toyota Prado in Richmond in Queensland, which is 500 kilometers west of Townsville.

Since then, despite a large air and ground search covering hundreds of kilometers, she has not been seen or heard from.

On Wednesday, a chopper near Richmond discovered the car in an isolated bushland area.

The Toyota Prado was discovered on Thursday morning, and 600 meters away in some woodland, search teams discovered the corpse of a lady thought to be Ms Wright-Finger.

According to preliminary information, the death was not suspicious.

According to a statement, “Police have communicated with Tea’s family and we send our sincere sympathies to her family and loved ones.”

Investigators would like to express their gratitude to the neighborhood and the SES nearby property owners for their help and knowledge throughout the hunt for Tea.

Six weeks after going missing without a trace, police released dramatic video showing the moment they found a 4WD driven by a missing adolescent in the isolated outback.

Police have released video that shows them approaching the vehicle after it has been approached by a helicopter, before a gloved hand opens the front door on the passenger side to expose an open glove box with a pink container inside.

The truck was located following a lengthy ground and air search that took place in wilderness and woodlands across thousands of kilometers and was only recently cut down after nine days.

Two days before Ms. Wright vanished, on October 14, Proserpine reported the theft of a Toyota Prado.

On Wednesday, police discovered the car in an isolated area of forest close to Richmond.

When new CCTV was made public, detectives increased their efforts in the hopes that it would prompt any witnesses to come forward.

The video captured Ms. Wright-Finger on October 16 in the hours before her disappearance as she walked around a Richmond roadhouse.

Before purchasing a bottle of juice at the counter, the adolescent was seen on CCTV wearing a bright pink and purple outfit and a pair of Birkenstock shoes.

Before leaving the gas station and disappearing from view, Ms. Wright-Finger was seen on the CCTV footage at numerous times seeming to be gazing over her shoulder.

When the CCTV was made public a month after she disappeared, her mother Traci Wright pleaded desperately for help.

Please phone the police or myself if you have seen Téa or know anything, she said in her message.

A few days ago, Ms. Wright thanked her family and friends for staying in contact with her and helping to spread the news about the hunt for Téa.

According to Mr. Wright, “This has helped me so much to deal, since I don’t feel alone, and everyone is helping bear the burden.”

I really don’t think I could have survived without the love, support, prayers, and good vibes from my family, friends, and complete strangers.

On her 19th birthday, the adolescent highlighted the lessons she has learned so far in life in one of her most recent writings, including the foreboding caution that “It’s acceptable to feel lost sometimes.”

You never know when anything in life is going to end, so always take chances, she advises.

Nobody will ever give you what you desire; you always have to work hard for it. People will make time for you if they want you in their lives.

Before Tea disappeared, a poignant memorial video on TikTok showed her sadness and agony at the death of a loved one.

She juxtaposed footage of the young guy laughing with pals and what seemed to be a memorial event when people released balloons in his honor.

Caucasian, 180 cm tall, with a medium frame and blonde-light brown hair, Ms. Wright-Finger is characterized as having these physical characteristics.