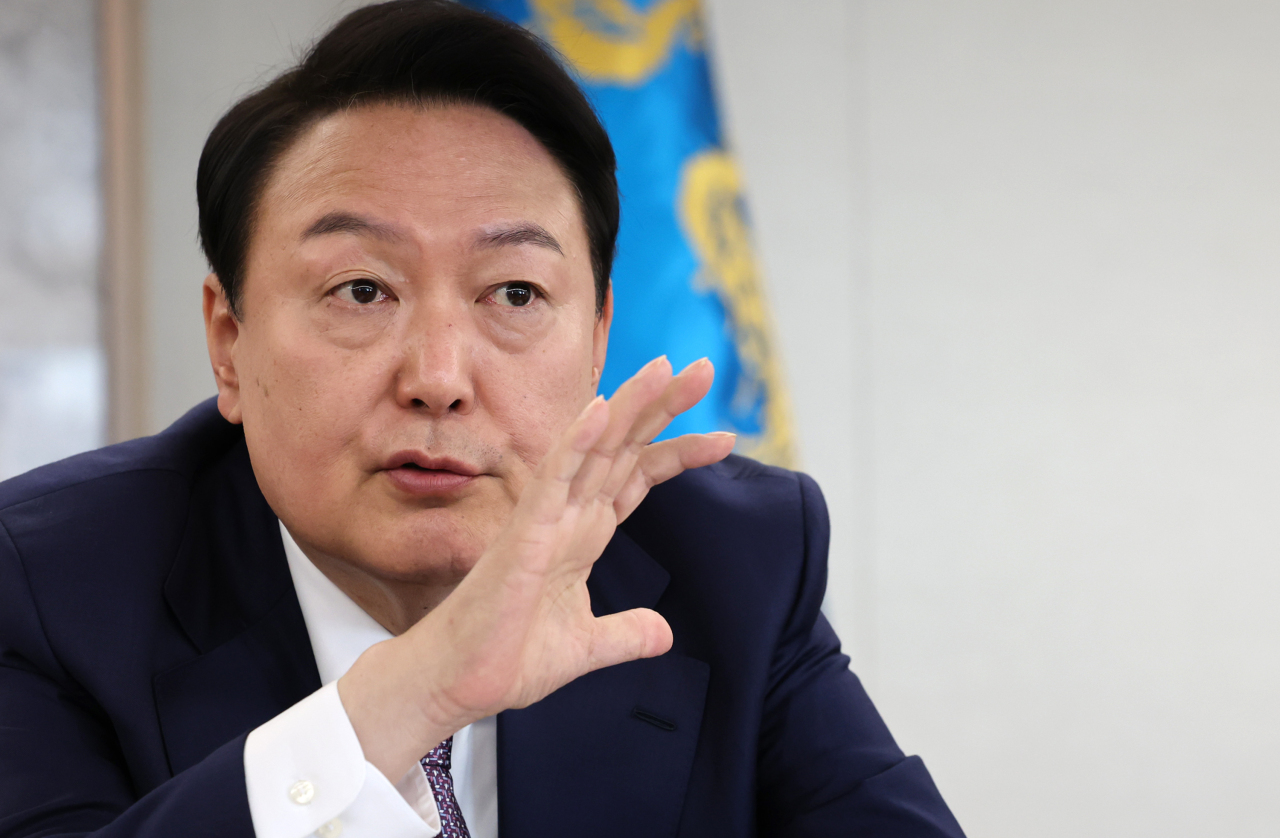 President Yoon Suk-yeol on Wednesday raised concerns about rising inflation and economic difficulties in his first meeting with senior aides, telling them to keep a close eye on economic indicators and find measures to combat inflation.

“The economy is challenging right now. The biggest problem is the price,” Yoon said at the meeting in the morning.

“International raw material prices are fluctuating due to the Ukraine crisis, and wheat prices in particular have skyrocketed, affecting our diet,” he said. “Energy prices and all these things have gone up, the red light is just coming on in industrial competitiveness and stagflation.”

Yoon told the officials to monitor various economic indicators and continue to work at how to tamp down inflation.

“If you stay in your own offices, things don’t work normally,” he said, urging them to work until the “soles of the shoes are worn out” and that they should visit his office frequently.

“There is a lot of concern in foreign countries, and now there is talk of resuming nuclear tests (of the North),” he said.

Yoon told them to carefully monitor and prepare for how it will affect other parts of state affairs as well as security.

Regarding some media reports that said there was no mention of “unity” in his inauguration speech on Tuesday, Yoon said he did not include the word because maintaining national unity is part of “what we do every day.”

In his inauguration speech Yoon used the word “freedom” 35 times but did not mention “unity.”

After the meeting, Yoon met with a series of diplomatic missions to Seoul who attended the ceremony.

At the meeting with former Indonesian President Megawati, Yoon said, “Indonesia is our only special strategic partner in ASEAN. We look forward to the leadership of Indonesia, chair country of the G-20 and ASEAN next year and we ask for your support for Korea.”

In a meeting with Speaker of the Senate of Canada George Furey, he said, “Korea and Canada are indispensable countries in terms of value.” The new government will further develop existing relationships to foster exchanges and cooperate with Canada on future industries such as batteries and AI, he said.