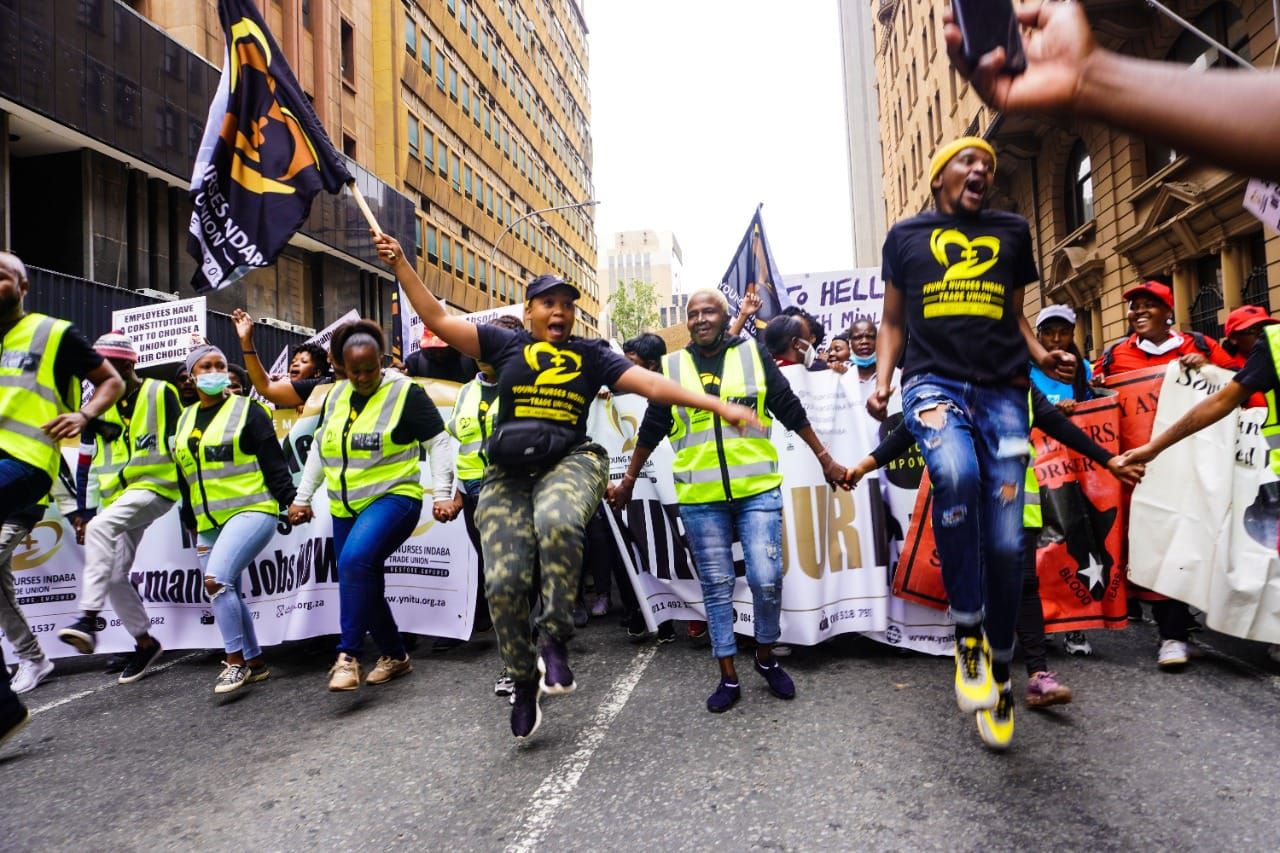 YNITU has declared the month of May as a month to intensify its program of action. In March, YNITU marched to the Gauteng Department of Health. They intend on intensifying their national campaign with more protests and pickets.

YNITU hopes to improve both benefits and conditions of employees in the sector. According to a statement shared on Facebook, YNITU says their protest is not just for wages.

They want improved working conditions meaning they want improved infrastructure, equipment and medicines. They aim to protect their sector as well as hospitals and clinics ‘for the benefit of society’.

YNITU says that two years into the pandemic, healthcare workers are remain forgotten, neglected and ignored. They explained the deterioration of certain healthcare facilities and the impact it will have on patients.

“Nurses are expected to still give their best under such shocking conditions and deliver lifesaving treatment, but Government is refusing to play its part in ensuring that every person gets the best care in our state hospitals. At the same time, this government selfishly squandered millions in PPE monies and corruption at the highest levels is still rife,”

Speaking about the profession being dominated by women, YNITU says there are risks for these professionals.

“They are carrying the health care sector on their backs, and it is their hard work which ensures that members of the public receive some level of decent care, but this government has responded by attacking them with job cuts, and reductions in their salaries and benefits. Workers have limited opportunities to grow and develop in this industry.”

said YNITU in its statement.

“How can young nurses fall in love with the art and science of bringing people back to life, when the system is so dilapidated, and when the pay is low, and workers are treated so poorly?”