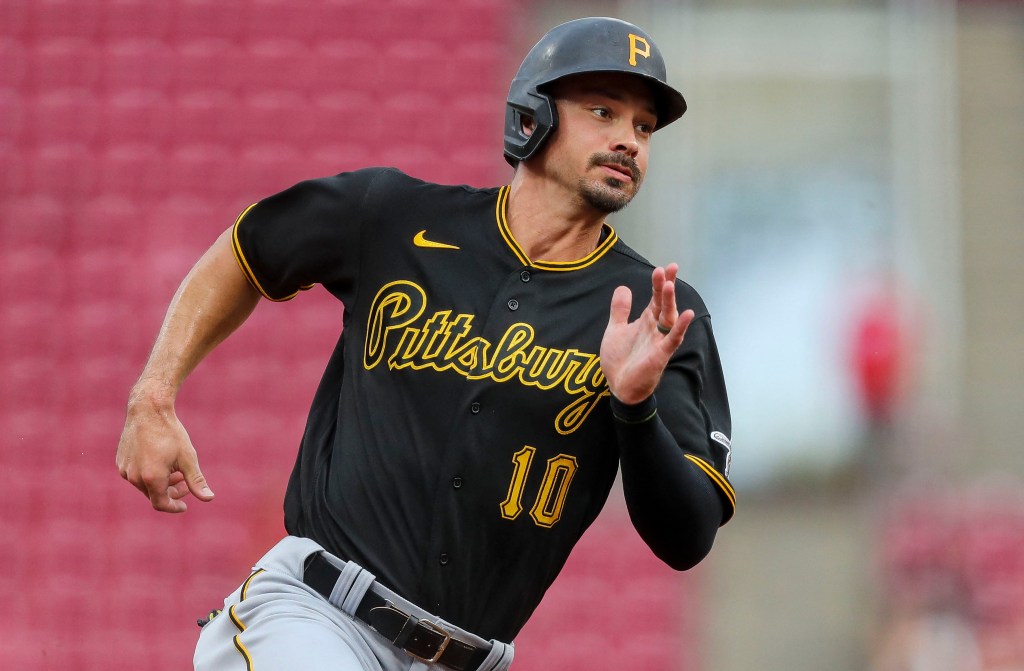 Yankees, who are still in need of an outfielder, are continually interested in Pirates standout Bryan Reynolds, who is looking for a trade.

One interested team executive described the Pirates’ demands as “unrealistic requests.” Another team’s executive says nothing is happening at the moment, but they are hopeful for spring.

It’s hardly unexpected that the asking price is high, given that the Pirates don’t appear particularly interested in dealing him, since they hope to contend over his remaining three seasons. Additionally, it would be tough in public. Perhaps the Pirates do not wish to comply with trade requests because they fear it will set a precedent.

While sources claim the Pirates offered over $75 million for six years with no team options, Reynolds’ camp initially used Matt Olson’s $168 million, eight-year contract as a comparable (though their request was lower than that). The Braves did contract Sean Murphy for $73 million over six years (with a team option), and Murphy is comparable to Olson. (Reynolds’ camp would object that the offer is inadequate.)

The Pirates adore Reynolds and would undoubtedly like to reopen negotiations, but the trade request still stands.

Chaim Bloom informed us a few weeks back that the Red Sox were certainly set on retaining Rafael Devers. Nevertheless, the $280 million Xander Bogaerts acquisition compelled them to pay significantly more than they had planned. The $168M Olson contract was first viewed as a team comp before the $212M Austin Riley contract likely pushed Boston into the mid-$200M bracket, and the Bogaerts (and others) contract upped the ante. At this stage, “it had to be at least $300 million,” says a rival executive…

Elvis Andrus could be an option for the Angels, who are still searching for a shortstop. Red Sox, Dodgers, and Twins are also possible destinations for an SS.

First basemen such as Yuli Gurriel, Brandon Belt, Trey Mancini, Jesus Aguilar, and Miguel Sano are still available. The Marlins could be in the market for a 1B.

Yasiel Puig hopes to return to MLB now that his Korean team, the Kiwoom Heroes, has moved on.

Addison Russell, a former Cubs standout, is replacing Puig on that Korean squad.

»Yankees eye Bryan Reynolds of the Pirates despite ‘unrealistic requests’«