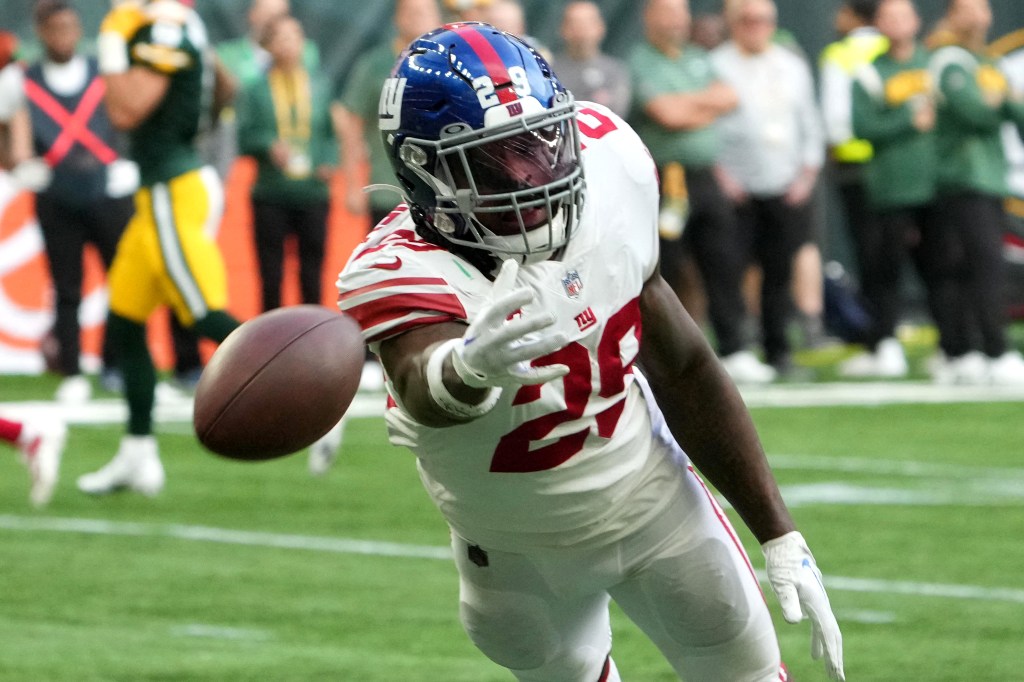 A wrapped splint was on Xavier McKinney’s hand, and he walked with a spring in his stride.

For the first time since he shattered his left hand in an accident involving a Can-Am all-terrain vehicle while on a sightseeing tour in Mexico in early November, the Giants welcomed McKinney back to practice on Thursday.

During the portion of practice that was open to the media, the third-year safety received passes from a staff member and moved a tackling dummy around. According to head coach Brian Daboll, he was anticipated to join the scout-team defense during team sessions. Could he suit up against the Colts on Sunday?

Before practice, Daboll said, “Not sure.” “Let him move around and get outside first,’ I said. He hasn’t performed recently. We decide to start him out because he has a device to safeguard his hand. He has been rehabilitating all over. Since his lower body is obviously strong, we’ll let him practice and monitor his progress.

Although anything is conceivable at this point in a game week, the route McKinney is on tends to make playing in the regular-season finale versus the Eagles more plausible.

From Thursday, the Giants have three weeks to either activate McKinney or terminate his season. There is little risk in beginning the clock since if the season is still running in three weeks, the Giants will have already clinched a playoff spot and defeated their first playoff opponent.