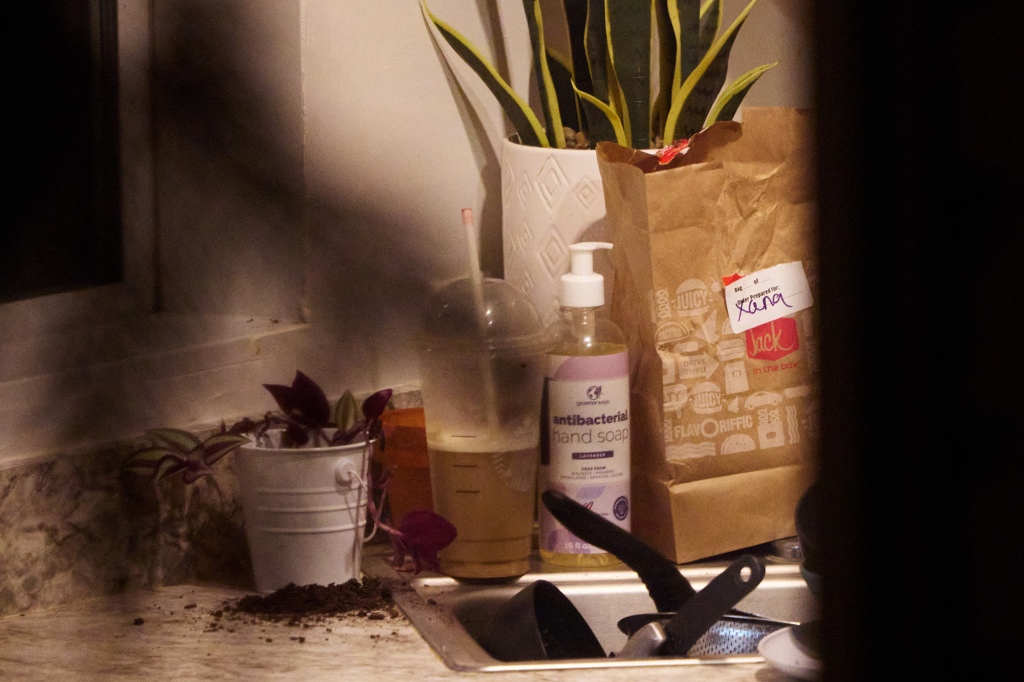 According to an arrest affidavit issued on Thursday, Xana Kernodle received a DoorDash delivery less than 20 minutes before she was fatally stabbed inside her house.

According to the probable cause affidavit, a vehicle dropped off the 20-year-old marketing major’s final dinner — likely from Jack in the Box, as evidenced by photographs obtained inside the house by The Washington Post — around 4 a.m. at the house on King Road in Moscow.

Madison Mogen, 21, and Kaylee Goncalves, 21, were slain while sleeping on a separate floor.

On December 30, after a seven-week manhunt, police apprehended Bryan Kohberger in connection with the crimes. Thursday, he was charged in an Idaho court, although he has not yet been arraigned. He earlier indicated through his attorney that he will enter a not guilty plea.

It is thought that Kernodle’s last meal consisted of a Jack-in-the-Box bag labeled with the word “Xana” and found at the murder scene.
James Keivom According to investigators, Xana Kernodle ordered the food at 4:00 a.m. after returning home with her partner after a party.

Photos taken shortly after the murders reveal a Jack-in-the-Box bag labeled “Xana” sitting above the kitchen sink in the three-story, off-campus residence.

Prior to her death, Chapin and Kernodle had attended a Sigma Chi fraternity party.

Except for Kernodle, according to surviving housemates Dylan Mortensen and Bethany Funke, everyone in the house was in their rooms by 4:00 a.m.

The affidavit adds, “[They] both stated during interviews that the occupants of the King Road Residence were home by 2:00 a.m. and asleep or at least in their rooms by 4:00 a.m.”

“Except for Kenrodle, who received a DoorDash order at his home around 4:00 a.m.”

The students were stabbed to death in a Moscow, Idaho residence located off-campus on King Road.

Authorities reported that law enforcement interrogated an unidentified DoorDash delivery driver who provided chronology information and was dismissed as a suspect.

Prior to the murders, Mogen and Goncalves had been at a local pub, the Corner Club, before purchasing spaghetti from the Grub Truck food cart in downtown Moscow at approximately 1:45 a.m. They then took a car service to their residence at 1122 King Road.

Police stated that they had focused in on Kohberger after spotting a vehicle near the crime site that matched the description of his own vehicle. They then collected phone records that placed him at the crime scenes at least twelve times. During the violent spree, Kohberg’s DNA was obtained from a knife sheath that he left behind at the murder scene.