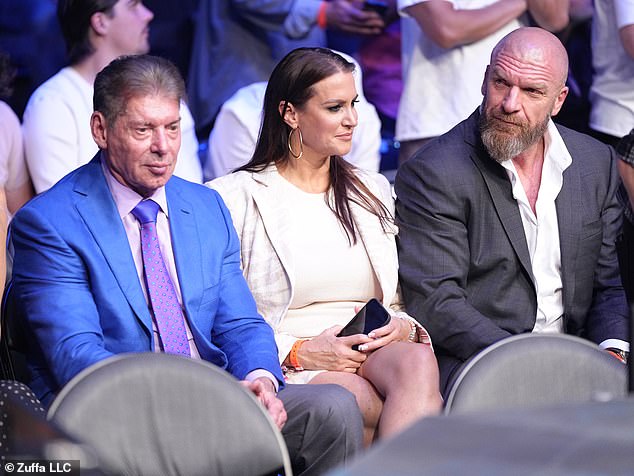 WWE has spent $19.4 million on the investigation of deposed former CEO Vince McMahon, who resigned after allegations that he paid $3 million in hush money to a paralegal with whom he had sex.

The wrestling behemoth, now led by McMahon’s daughter Stephanie and Nick Khan, claims to have spent $17.7 million on investigation-related expenses in the third quarter of 2022 alone.

In its quarterly results report, the business stated that the investigation into McMahon, who remains the company’s majority shareholder, is “now concluded” and that the “Special Committee” has been “disbanded.”

They said, “Management is collaborating with the Board to implement the investigation-related recommendations of the Special Committee.”

McMahon, 77, has now been fired from the company he led for more than four decades and which he grew into wrestling’s largest industry, amidst an SEC and federal inquiry into his unreported compensation.

According to The Hollywood Reporter, WWE reported a solid quarter with net revenues of $304.6 million and operating profitability of $59.9 million.

According to WWE, an increase in domestic and foreign media rights fees tied to the company’s flagship shows Raw and SmackDown contributed to the outperformance.

A significant portion of the revenues, $233 million, came from foreign and domestic media rights, with live events and consumer products accounting for the remainder.

Previously, the Wall Street Journal reported that McMahon was being examined by the company’s board for agreements to pay $12 million over the past 16 years to hide charges of sexual misbehavior and infidelity.

After learning that an eight-figure sum was paid out to putative McMahon victims, WWE has hinted that it may be required to restate its finances publicly.

As a result of the new incident, an old claim that he raped a female referee in his limousine has now resurfaced.

“It is time for me to retire,” McMahon tweeted on July 22. “Many thanks, WWE Universe!”

Uncertain is the effect of McMahon’s retirement on the inquiry into his alleged misbehavior.

Veteran wrestler Ric Flair told YouTube channel CCV Clips, “He loved the business.” “He made each of us who we are”

According to Bloomberg, many have suggested that McMahon may remain involved in the firm, while others have questioned whether WWE is for sale.

Alan Gould of Loop Capital Markets, a media analyst, remarked, “This is the first time that it is conceivable that WWE could be for sale.”

The McMahon family, which consists of Vince, Stephanie, and Linda McMahon, a former Trump administration employee, owns $1.9 billion worth of shares in the corporation.

According to The Wall Street Journal, he gave her a $3 million settlement following their reconciliation.

A decades-old allegation that McMahon raped a lady in his limousine in 1992 resurfaced as a result of this probe.

In 1986, Rita Chatterton, now 64 years old and the first female referee in WWE, accused McMahon of raping her in his limousine.

Former wrestler Leonard Inzitari has now corroborated her claim, stating that he witnessed Chatterton after the alleged assault.

He stated that he had kept it a secret for decades out of concern that McMahon and his family, who control the industry, would marginalize him.

Inzitari, whose wrestling nickname was Mario Mancini, told Intelligencer, ‘I recall it as if it happened yesterday. She was a disaster. She was trembling. She was in tears.

Inzitari reported that Chatterton told him through cries that McMahon “pulled his penis out,” forced her to perform oral sex on him, and then forced himself “into” her.

He remembered telling her, “Shut up, because it’s Vince McMahon.” What are you going to do, Vince McMahon’s lapdog? You will be excluded from the wrestling industry! ‘

Chatterton did not make her claim public until 1992, when she appeared on the television show of Geraldo Rivera.

She claims that McMahon gave her her first significant officiating position in 1975 and subsequently offered her a contract for $500,000 per year to referee on-screen.

During her interview, Rira stated, ‘At the time, I understood that was a lot of money, but I had no idea how much the wrestlers were earning.

McMahon has not commented on the charges, but he has filed a lawsuit against her and Rivera, alleging that they conspired with his enemies to bring him down.

The litigation was dismissed without a victorious party.