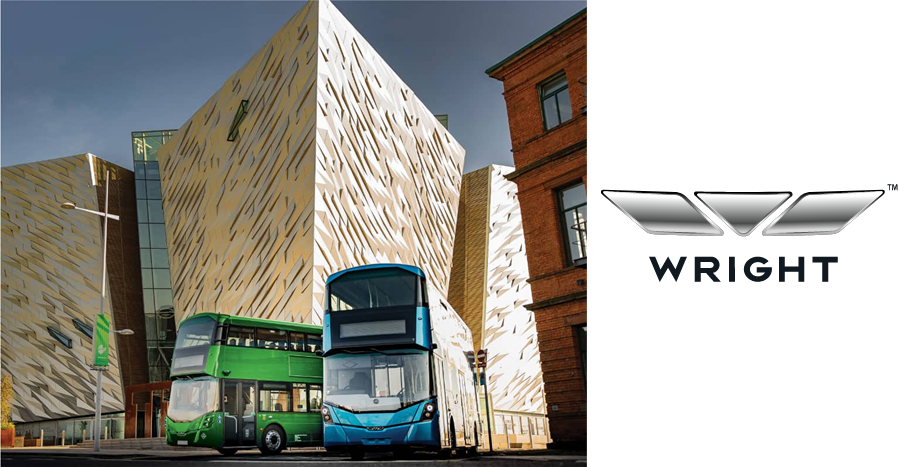 Wrightbus has already secured export contracts with Australia and Germany, with expansion in Italy, France, Spain, and Southeast Asia in its sights.
This rise will increase employment in Northern Ireland, as Wrightbus plans to hire 300 new employees in the coming year, after increasing workforce by over 40% in the preceding year.
UK Export Finance (UKEF) is providing a Northern Ireland-based bus manufacturer with an 80 percent guarantee on their major Barclays financing deal. Wrightbus is able to export its cutting-edge zero-emission buses to new export markets thanks to the government guarantee on a £18 million Green Trade Loan and an £8 million Green Bank Guarantee.
Wrightbus, headquartered in Ballymena, introduced the world’s first hydrogen-powered double-deck bus in 2020 and also exports electric-powered single- and double-deck buses. The company intends to produce 3,000 zero-emissions buses by 2024, representing 10 percent of the UK’s fleet.
Zero-emission vehicle manufacture is a capital-intensive operation, and Wrightbus wanted to bridge the gap between the warehouse and the road. With over 200 bus orders from customers, including the National Transport Authority of the Republic of Ireland, UKEF and Barclays have enabled Wrightbus to increase production to satisfy this demand.
Wrightbus is growing its international export business, with a focus on Italy, France, Spain, and South-East Asia. As worldwide demand develops, the company intends to raise exports to more than 40 percent of revenue. It will also seek to hire an additional 300 individuals to support its expansion objectives, thereby strengthening regional employment.
Trade Secretary Kemi Badenoch MP said:

It’s wonderful to see British companies like Wrightbus fully exploit the potential exporting affords. They are driving growth and creating high-skilled green jobs in Northern Ireland by expanding into new markets, capitalizing on victories achieved from our UK-Australia trade deal, and receiving this new UKEF-backed funding.

I am pleased that the government is encouraging British businesses to expand by exporting their cutting-edge clean technology to new markets, thereby reducing greenhouse gas emissions and boosting employment throughout the United Kingdom.

At Wrightbus, we are beginning the next phase of our ambitious expansion plan, which involves substantially increasing our export volume from our UK base and becoming one of Europe’s top manufacturers of battery electric and hydrogen buses. The backing of UKEF will be vital to our future global expansion.

WrightBus continues to advance the net-zero agenda in the public transportation industry, and we are glad to contribute to their ambitious export goals.

Barclays is committed to assisting businesses with a strong focus on the environment and is glad to provide financing options for the rapid expansion of this Northern Ireland-based firm.