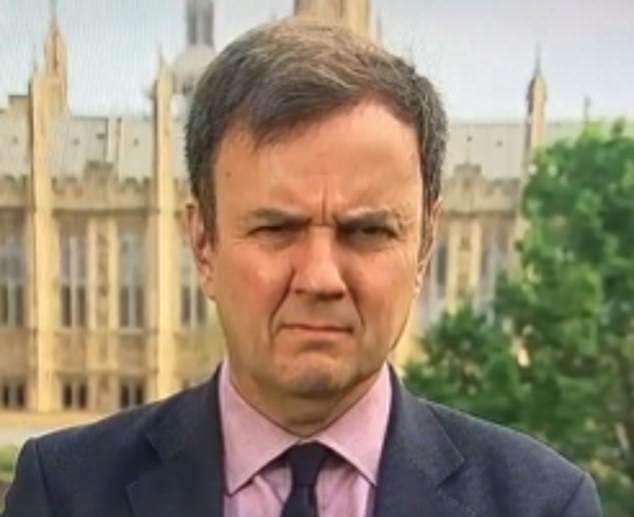 A Conservative MP has struggled to answer whether the government would send Jesus, who was a migrant, to Rwanda as outrage grows over the Tories’ plans to send refugees arriving illegally in the UK to the African country.

Presenter Adil Ray posed the question to Tory MP Greg Hands on Good Morning Britain today as more migrants have arrived in the UK after dangerous journeys over the Channel on the bank holiday weekend despite the risk of being deported to Rwanda.

The Government announced last week it plans to provide failed asylum seekers, including those crossing the Channel in small boats, with a one-way ticket to the African country more than 4,000 miles away.

Although migrants will be able to apply to live in Rwanda permanently, there has been huge backlash at the plans to send migrants to the country.

Just four years ago Rwandan police shot dead 12 refugees as they protested a UN cut to food rations and the country is marred by the 1994 genocide that saw 800,000 people murdered, many of them hacked to death in their own homes.

The Archbishop of Canterbury, the Most Reverend Justin Welby, branded the scheme as ‘ungodly’, while the UN called it ‘unacceptable’.

Priti Patel has said criticism of her plans is ‘synthetic outrage’ and despite the furore over the scheme, a boat with 10 migrants on board was brought ashore into Dover, Kent, on Monday after being intercepted by Border Force officers.

Men, women and young children were wearing life jackets as they were brought into the port this morning to be processed.

As Brits across the country celebrate Easter, Good Morning Britain’s Adil Ray (left) reminded the Tory minister Jesus was also a migrant, meaning if he arrived illegally in the UK he would likely face being sent to Rwanda

GMB’s Adil Rey said on the show this morning: ‘Here we are celebrating Easter this weekend.

‘The life and times of Jesus Christ who himself was a refugee.

‘Under this scheme, Priti Patel’s and Boris Johnson’s government scheme, if he arrived in the UK today, Jesus would be sent to Rwanda.’

He asked Mr Hands: ‘Would you send Jesus to Rwanda?’

The Minister replied: ‘We can debate the Easter story and what happened or did not happen to Jesus.

‘The point is this is the government’s policy 2,000 years later.’

He added : ‘2,000 years later 28 thousand people have made an illegal journey from France to the UK, between two entirely safe countries, and 27 people have died’.

Twitter users were quick to hit out at the presenter. Social media user Stephanie said: ‘Would you send Jesus to Rwanda lol, what a stupid question.’