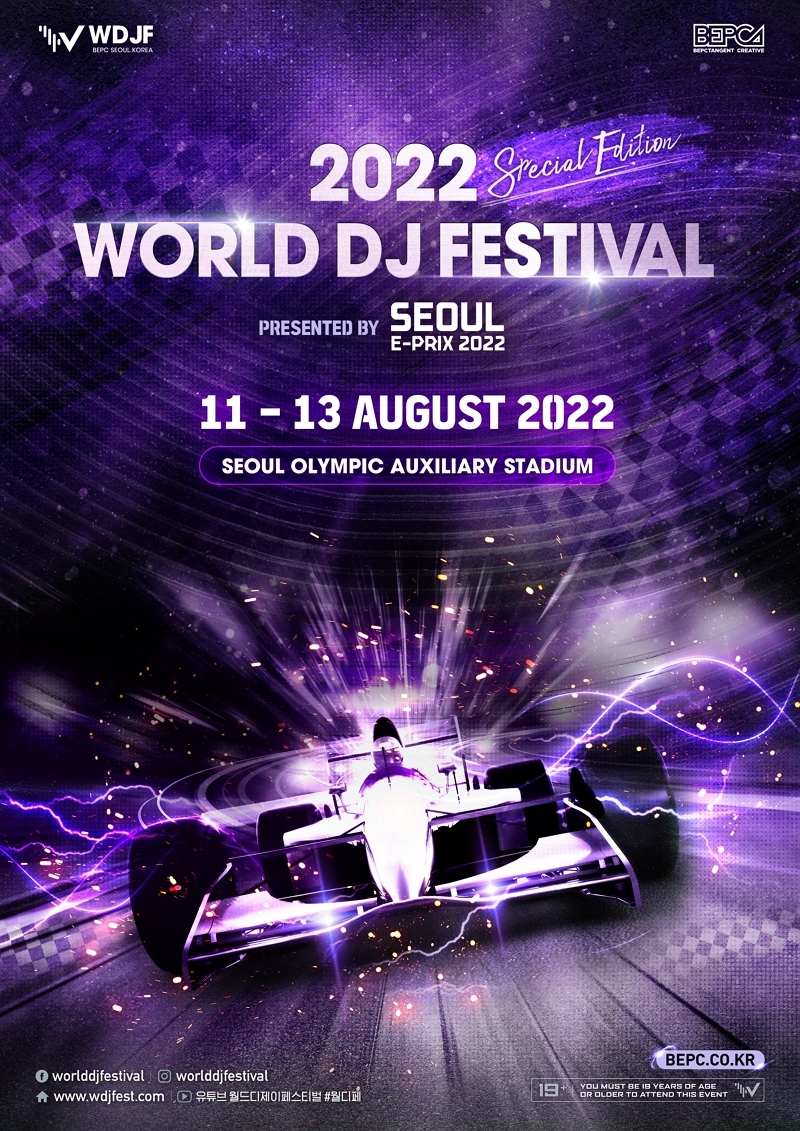 As South Korea scrapped most COVID-19 social distancing restrictions, the World DJ Festival, an annual outdoor electronic music festival, will return to the physical stage in August at Auxiliary Stadium in Jamsil Sports Complex in Seoul.

This year’s festival will be held for three consecutive days starting Aug. 11 and is expected to be the biggest in-person event since the pandemic, accommodating around 70,000 to 80,000 people, according to festival organizer BEPCTangent Creative on Tuesday.

This year’s festival will bring over 12 global artists and 30 local artists to perform live onstage.

The lineup will be announced through the World DJ festival’s official website, social media and YouTube channel, along with details on tickets and the festival schedule.

The announcement of the festival’s return came after the government lifted most social distancing measures. Last year, the organizer canceled this year’s outdoor music event, which was planned for June.

The upcoming World DJ Festival will take place as part of the government’s “Seoul Festa” tourism campaign. It will provide special performances by joining hands with the Formula E championship, an electric car racing series hosted by the Federation Internationale de l’Automobile, the organizer said.

The World DJ Festival, the first global EDM event to land in Korea, kicked off in 2007 and has attracted 100,000 festivalgoers to the event every year since 2017.

Due to the prolonged pandemic, the annual festival moved online for the last two editions.