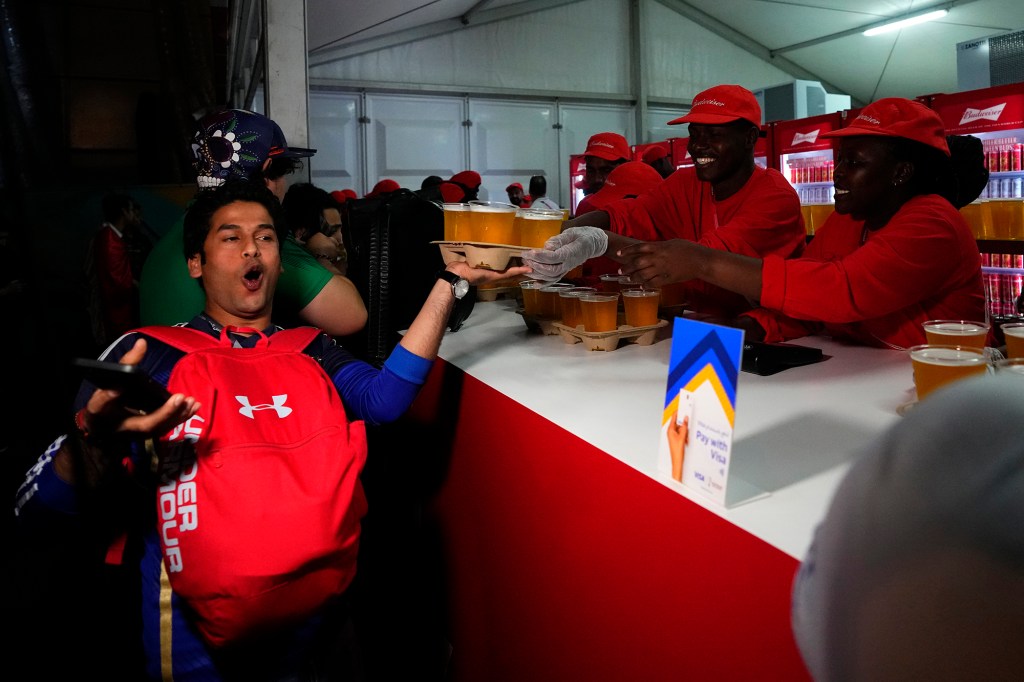 In a desolate suburb on the outskirts of Qatar’s capital, guards keep watch outside a gated, razor-wire-encircled enclosure, inspecting passports and permissions before admitting anybody. However, this is neither a jail nor a high-security location related to the present World Cup.

It is an alcohol shop.

In this conservative Muslim nation on the Arabian Peninsula, which follows the same stringent Wahhabi interpretation of Islam as its neighbor Saudi Arabia, alcohol use is strictly regulated. Just prior to the World Cup, officials in Qatar banned the sale of beer at stadiums, giving World Cup visitors a taste of what to expect.

However, corks are still popped in premium boxes at sporting events. At hundreds of hotel bars, lounges, and nightclubs with liquor permits, fans are filling their pint glasses from beer towers. Unabated sales of $14 Budweisers continue in Doha’s FIFA Fan Zone.

“Not that you need booze to power your life, but it’s fun,” said Ed Ball, an American who established an internet map for bar-goers in Doha. “The widespread belief that drinking is prohibited in Qatar is false. There are locations.”

In addition to the bars, there is also a liquor store where non-Muslim residents and guests can shop after obtaining a license from the government. It is located adjacent to an Indian school in Doha’s Abu Hamour area and is operated by the Qatar Distribution Co., a state-owned corporation under the auspices of Qatar Airways with exclusive rights to distribute alcohol and pork in the nation.

The business, which is now the only one selling alcohol in Qatar, works on an appointment-only basis, a throwback to the draconian coronavirus laws that dominated the nation previous to the World Cup.

Guards verified an Associated Press reporter’s identity and appointments twice during a recent visit. The compound’s towering walls are topped with razor wire to prevent the public from peeping inside. Alcohol licenses can be cancelled if security personnel are mistreated, as shown by signs. Empty beer kegs of silver hue are stacked in the parking lot.

At the conclusion of a chlorine-scented corridor, customers approach the store’s entrance. Inside, the shelves and racks are packed with wine bottles priced between $12.50 and $45. A liter of Absolut vodka costs $42, but a liter of Jack Daniels whiskey costs $70. A normal 24-pack of Budweiser cans costs around $52.

People sip beer while watching the World Cup group on a huge screen in the fan zone. Qatar and Ecuador are competing in a soccer match at the Al Bayt stadium in Al Khor, Doha, Qatar.
AP

Outside the store, a 31-year-old British lady who teaches in Qatar packed the trunk of her vehicle. Given the negative implications drinking might hold in Qatari culture, she declined to provide her identity but disregarded the concerns around drinking and the competition.

Regarding Qatar’s license system, she remarked, “It’s not that big of an issue.” “It’s similar to going to the grocery store – for booze.”

She said that she believed the limitations on match sales were also reasonable. “I am English. I know what it’s like to be constantly surrounded by intoxicated people.”

Iran, Kuwait, Saudi Arabia, and Sharjah, the sheikhdom of the United Arab Emirates, continue to prohibit alcohol across the Persian Gulf.

In Islam, alcohol consumption is considered haram, or banned. Wine, according to a passage in the Quran, is “the work of Satan.”

Saturday, November 19, 2022, at a fan zone before to the FIFA World Cup in Doha, Qatar, fans wait in line for beer.
AP

However, the entire region has a long history with alcohol, an Arabic term. Abu Nawas was famed for his “khamriyyat” or “wine poetry” in the eighth century.

Both alcohol and pork are subject to a 100% import tax. According to Qatar, the tax money is used to enhance health care, infrastructure, education, and other public services.

It is prohibited for visitors to carry alcohol into the nation. Many hotels restrict visitors from bringing alcoholic beverages inside their rooms.

The online map of bars in Qatar created by Ball has been seen more than 875 thousand times.

“For me, drinking is exactly like eating. It’s just part of the culture,” Ball told the Associated Press upon his return to Seattle, where he works for Boeing Co. “I am aware that it is not a part of Qatar, but it is part of the World Cup. One of the largest sponsors is Budweiser, which demonstrates that the two go hand in hand.

Many bars in Qatar are employing a voucher system to ensure that fans spend a minimum amount of money during the World Cup.

On Saturday night, a group of Russians at Doha’s Irish Harp yelled obscenities at the U.S. team during its match with the Netherlands while drinking and posing for photographs with servers.

A 66-year-old soccer fan from Dublin, Ireland, Dermot O’Callaghan, enjoyed a much calmer pint at the bar while swaying to the music of the Cuban band Chicas Melao.

O’Callaghan stated, “It’s very enjoyable, and you can get a drink here if you want in the evenings.” You do have a contingent of thirsty fans roaming the area.