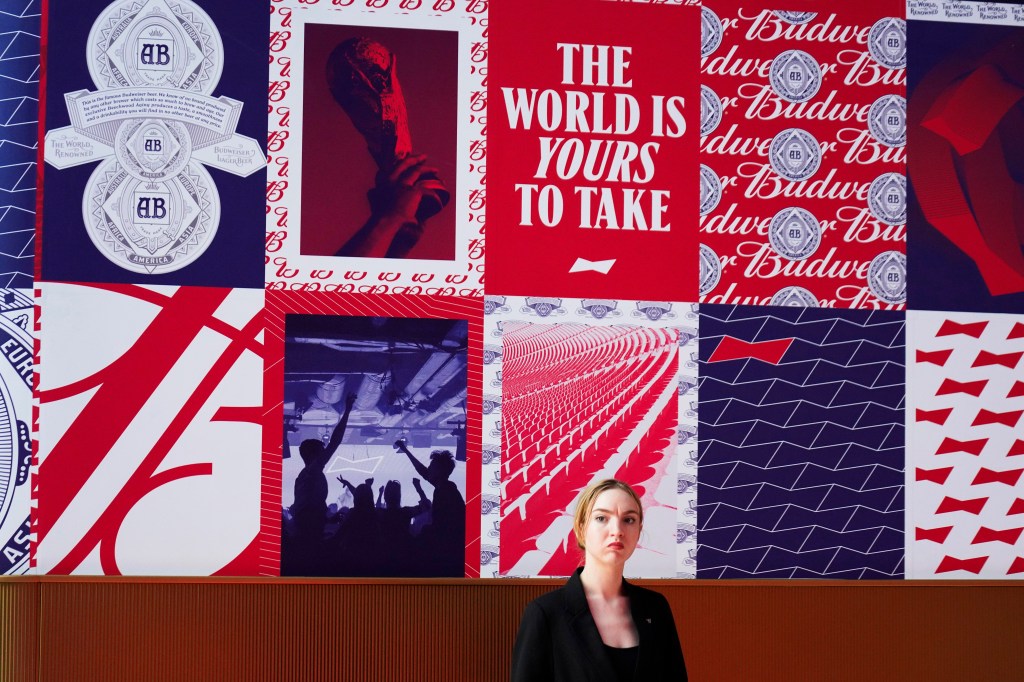 On Friday, just two days before the start of the World Cup, all alcoholic beers were banned from sale in the eight stadiums.

Beer without alcohol will continue to be sold at all 64 matches in the country.

“Following discussions between host country authorities and FIFA, a decision was made to concentrate the sale of alcoholic beverages on the FIFA Fan Festival, other fan destinations, and licensed venues, while removing beer sales points from… stadium perimeters,” FIFA said in a statement.

Champagne, wine, whiskey, and other alcoholic beverages are still anticipated to be served in the stadiums’ luxurious hospitality areas. Outside of these locations, the only alcohol often sold to regular ticket holders is beer.

The parent company of World Cup beer sponsor Budweiser, Ab InBev, did not respond immediately to a request for comment.

AB InBev pays tens of millions of dollars at each World Cup for exclusive rights to sell beer, and the majority of its stock has already been shipped from Britain to Qatar in anticipation of selling its product to millions of fans. The company’s partnership with FIFA dates back to the 1986 World Cup, and negotiations are currently underway to renew the agreement for the upcoming World Cup in North America.

In the West, a sudden decision such as this may seem extreme, but Qatar is an autocracy ruled by a hereditary emir who has complete control over government decisions.

Qatar, an energy-rich Gulf Arab nation, adheres to the ultraconservative form of Islam known as Wahhabism, just like Saudi Arabia. However, hotel bars have permitted alcohol sales for years.

The government of Qatar and its Supreme Committee for Delivery and Legacy did not respond to a request for comment immediately.

Qatar changed the date of the tournament’s opening match only weeks before the start of the World Cup.

When Qatar submitted its bid to host the 2010 World Cup, it agreed to FIFA’s requirement that alcohol be sold in stadiums, and again when signing contracts after winning the bid.

In order to permit alcohol sales in stadiums during the 2014 World Cup in Brazil, a law had to be changed.

“This is a detail for many fans, whether they don’t drink alcohol or are accustomed to dry stadium policies at home. It will not affect their tournament,” tweeted Evain. “However, with 48 (hours) to go, it’s evident that we’ve reached a perilous environment — one where ‘assurances’ no longer matter.”

After Qatar was selected as the host country, AB InBev’s contract with FIFA was renewed in 2011 for a two-tournament package through 2022. In recent months, however, the Belgian brewer has experienced confusion regarding the precise terms of where it can serve and sell beer in Qatar.

In September, it was reported that alcoholic drink would be sold within stadium boundaries before and after games. Only alcohol-free Bud Zero would be sold in stadium concourses for spectators to consume in branded cups at their seats.

Last weekend, AB InBev was taken aback by Qatari organizers’ insistence that beer stands be relocated to less conspicuous spots within the perimeter.

Additionally, Budweiser was to be distributed only in the nights at the official FIFA fan zone in Al Bidda Park, where up to 40,000 people might gather to watch games on huge screens. The price of a beer was confirmed to be $14.

For the event, the company will be based at an expensive hotel in the West Bay neighborhood of Doha, complete with its own branded nightclub.

The construction of a Budweiser-themed bar continued at the W Hotel in Doha. The familiar AB emblem was painted on the hotel’s columns and walls, along with the phrase “The World Is Yours To Take.”