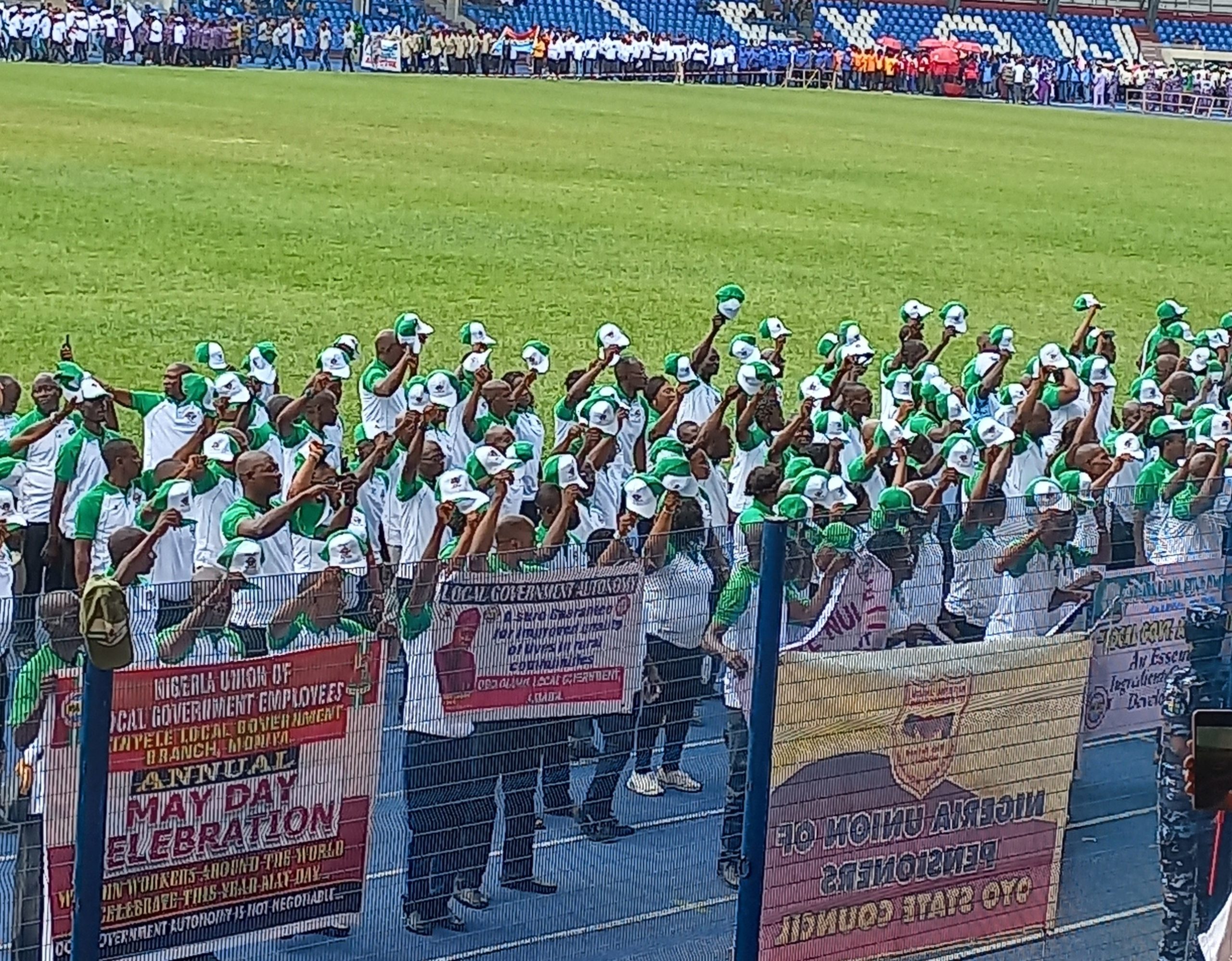 The Kwara State Council of Nigeria Labour Congress (NLC) has decried the rising cost of food items and essential commodities in the country, saying that its adverse effects have brought untold hardship to the masses.

The organized labour also expressed worry over the state of the nation’s economy, which it believed, called for concern of every Nigerian.

At the event where the state Head of Service, Mrs Modupe Susan Oluwole stood in for Governor AbdulRahman AbdulRazaq, the NLC Chairman observed that the hike in food stuff in the markets had rendered futile the value of N30,000 minimum wage for workers.

He urged the government to take swift action with a view to cushioning the effects of the high cost of food on the working populace.

Ore bemoaned the spate of insecurity across the country, appealing to all citizens to unite and tackle it headlong.

He added, “The high rate of insecurity that is bedeviling our nation is another issue that calls for serious concern of us all irrespective of religious or ethnic group. We all need to come together to find lasting solution(s) to the insecurity problem bedeviling our country.

“We encourage the masses to be vigilant and always report any suspicious movement to the security agents and as well continue in their prayers for the betterment of this nation, because if we believe in our prayers, the Almighty God will hear and come to our aid, especially this year that both Muslim and Christian Lent/Fasting runs concurrently”.

Recalling the recent attack on Abuja-Kaduna bound train that claimed the life of the immediate-past Chairman of the state chapter of Trade Union Congress (TUC), Comrade Akinsola Akinwumi, Ore urged the state government to give automatic employment to the wife of the late union leader so as to sustain the livelihood of the family left behind.

At the event, the NLC Chairman expressed concern over non-passage of bill on financial autonomy for judiciary in the state.

Similarly, he pleaded with the state government to grant autonomy to local government administration to aid development at grassroots level and as well decentralize payment of local government salaries to make the treasury staff at the third tier of government function effectively.

Governor AbdulRazaq, at the occasion, admitted that the country is confronted with a number of challenges, particularly the dwindling economy due to what he referred to as free fall of the nation’s currency and the downturn of oil revenue.

He called on the workers to develop the human resources to meet modern standard, build a self-reliant economy and initiate innovative ideas to complement the efforts of the government.

AbdulRazaq, who commended workers for their maturity and understanding, assured that his administration would always treat labour related matters without delay and with utmost fairness.

“To move forward, it is imperative for individuals, organizations and government agencies to get ready to face the challenges: to change our ways of doing things for positive result, develop the human resources to meet modern standard, build a self-reliant economy and come up with innovative ideas to complement the current efforts of the government geared toward redeeming our country’s image and means of sustainability”, he said.