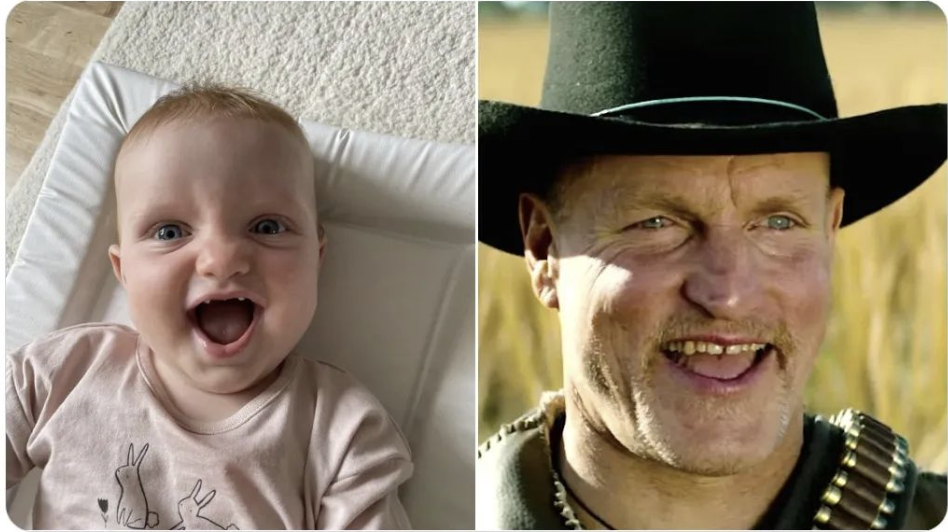 Whether a baby resembles its mother or father is a common topic of discussion. However, the internet erupted when a mother in Northern Ireland asked on Twitter why her baby girl resembled Woody Harrelson so much.

Dani Grier Mulvenna tweeted a picture of her infant daughter Cora smiling beside a screenshot of Woody Harrelson giggling in the movie “Zombieland” on August 3. “Okay, but how does our daughter resemble Woody Harrelson, she asked in her letter.

That tweet generated almost 483,000 likes, 2,670 quote tweets, and 26,6000 retweets in just two days. There were numerous, varied, and humorous comments. The response from Emmy Award-winning and three-time Oscar nominee Woody Harrelson, though, was the one that truly stole the show.

In reality, Harrelson wrote a “Ode to Cora” in addition to seeing the message and responding.

“You’re an adorable child / Flattered to be compared,” he wrote. “You have a wonderful smile / I just wish I had your hair.”

“It’s not every day Woody Harrelson [sic] writes your daughter a poem,” Mulvenna tweeted after her initial post went viral.

Cora responds by saying “Thank you all so much for the likes and retweets” and adding that while she doesn’t always resemble Woody Harrelson, when she does, she really, really does. s