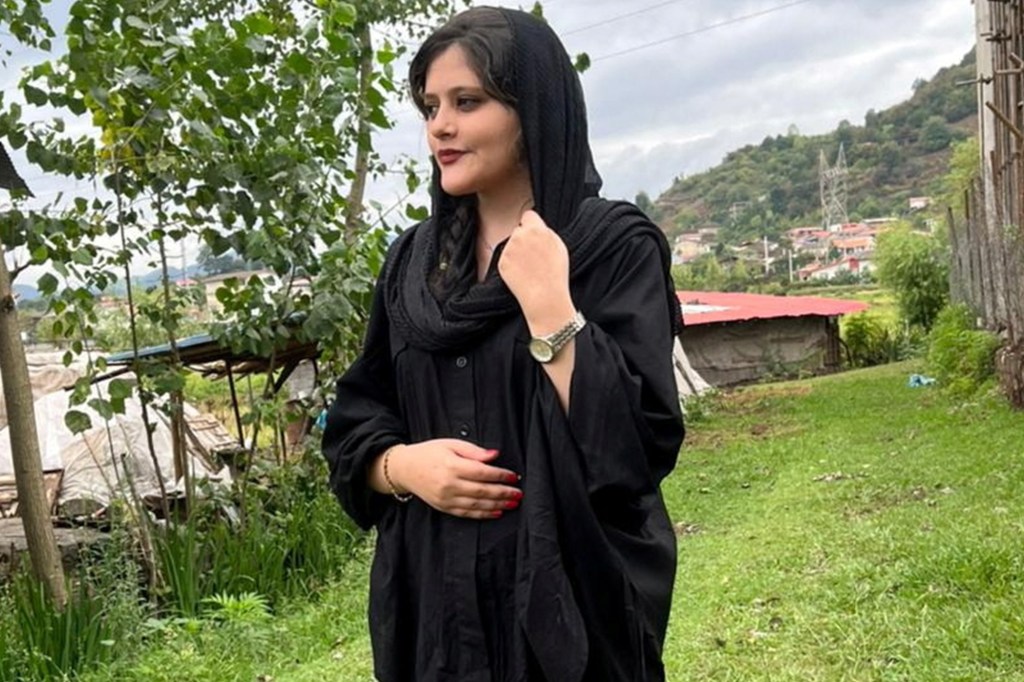 In pursuit of justice and equal rights, courageous Iranian women, supported by a generation of young men who are educated and aware of their fundamental rights, have publicly and vehemently opposed the barbaric religious dictatorship of Ali Khamenei and all of his adherents and apologists.

They are organized, inspired, willing to sacrifice themselves, and prepared to bring about profound change: the overthrow of the system and the establishment of democratic rule that will guarantee their life, freedom, and prosperity.

Their daring stand on the streets of nearly every city and town in Iran has earned them the admiration and respect of the free world as well as the backing of all of society.

The tragic murder of 22-year-old Mahsa Amini in the custody of Tehran’s morality police sparked an outburst of outrage over decades of injustices endured by our people. The world is witnessing the fulfillment of a democratic revolution that Ruhollah Khomeini refused 43 years ago when he imposed a theocratic dictatorship on the Iranian people under the guise of Islam.

Iranians, particularly women, are putting an end to a horrific religious fascist experiment that desecrated Islam and Iran’s culture and civilisation by committing the most heinous and terrible crimes in contemporary history.

Women have been the primary focus of the regime’s persecution and discrimination; therefore, they have the greatest capacity to oppose the system. Experience has also taught them that their rights cannot be achieved as long as this administration remains in power. Therefore, they are the driving force behind the change and regeneration of our nation.

In the first months following the revolution, the mullahs’ rule attempted to enforce mandatory veiling with the motto, “Veil or get whacked on the head.” In March 1979, Mujahedin-e Khalq women who wore the veil were at the forefront of the massive women’s demonstration. I was present.

When our people revolted against religious fascism in 1981, terrible force met them. The day after a half-million-strong peaceful march in Tehran, numerous high school and university students were summarily executed without regard for court rules or appropriate identification. In the coming weeks and months, hundreds of people were sometimes executed every night.

There have been four decades of atrocities, massacres, injustices, and cruelty.

Today, the Iranian people have not taken to the streets in an effort to reform an unreformable and illegitimate system, but rather to overthrow it. They protested peacefully, but were met with gunfire, torture, and executions. In an unequal conflict against heavily armed forces of oppression, they are justified in resisting with rocks, their honor, blood, sweat, and tears.

The free world must support the democratic movement for which my countrymen are sacrificing their lives. When inalienable and God-given rights cannot be secured through peaceful means in the face of a brutal, illegitimate dictatorship, it is incumbent upon honorable women and men to secure them through organized, responsible, and self-sacrificing struggle within the bounds of internationally recognized covenants — such as the Universal Declaration of Human Rights, which recognizes the right “to resort, as a last resort, to rebellion against tyranny.”

The Declaration of Independence of the United States also states that “it is the Right of the People to alter or abolish” a government that is destructive to the life, liberty, and pursuit of happiness of its citizens.

Faced with ruthless violence from well-armed security forces ordered to show no mercy and a regime that seeks nothing less than their mass murder to maintain its control and enslavement of the populace, there is only one option left. Americans are aware that freedom does not come for free.

The Iranian resistance will continue until the fall of the religious dictatorship and the establishment of a free, secular, democratic, and non-nuclear Iran, living in peace with the rest of the world.

Women are at the heart of this opposition, and their participation in the political leadership, economic, cultural, and intellectual life will be secured by their struggle. In addition to their total right to choose what they wear and how they live, they are the vanguard of change.

At such a pivotal juncture, the Iranian people should not be alone. It is time for the West to reject appeasement of the theocracy and help the democratic revolution by acknowledging the resistance’s right to defend itself by all means against the regime’s violence.

We have always encouraged the involvement and support of all Iranians in overturning this regime, rejecting prior dictatorships, and building a free Iran through popular sovereignty and the ballot box. The path to reclaiming our rights and rebuilding our future has been mapped out, and a free Iran will soon join the free world, due in large part to the country’s women.

»Women have been the regime’s major target; now they’re spearheading the revolution«