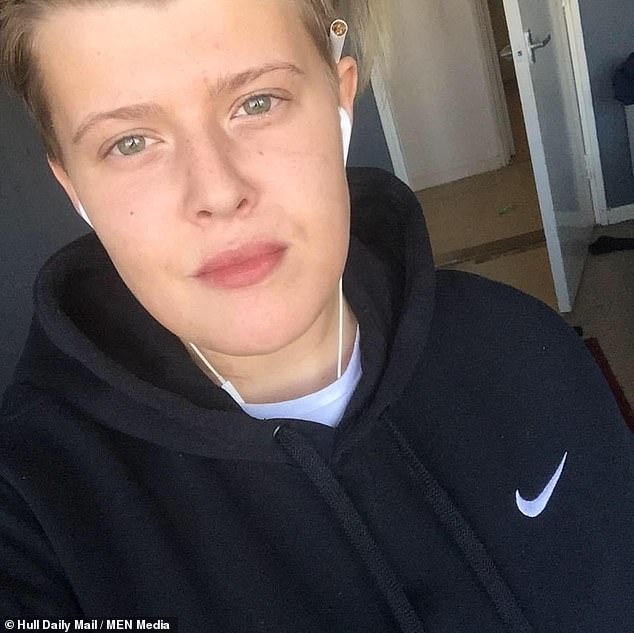 A woman who strangled her partner after threatening to kill her has been spared jail.

Leigha West, 27, from Hull threw her partner onto the sofa of her Hessle Road property before strangling her until she passed out – having earlier answered ‘yes, it has gone too far now’ when the partner asked if West was going to kill her.

West pleaded guilty to assault causing actual bodily harm for the July 7 incident and a judge sentenced her to a suspended 20-month prison sentence at Hull Crown Court.

She will serve 25 rehabilitation days, work 115 unpaid hours and was given a five-year restraining order preventing her from contacting her victim.

Stephen Welch, prosecuting, told the court that West and her partner headed out for drinks. There, they got into an argument as the defendant had been paying with a bank card she found.

Welch added that when they got back to the victim’s house, the argument restarted and after a while, West stormed out and the complainant locked the door.

At 1.20am West came back to her house and began banging on her door to be let in.

The court heard the victim refused and West smashed a bathroom window to let herself in.

She then chased the victim, when she caught up to her, she strangled, punched, and threw her around the floor.

The victim pleaded with West to leave or to let her leave. She was so terrified she was hyperventilating and thought about jumping through her kitchen window to escape, the court heard.

But West grabbed hold of her and threw her to the floor. She then threw her on the sofa again and strangled her until she blacked out, Mr Welch said. The victim asked if she would kill her and West replied: ‘Yes I am, it has gone too far now.’

West then fled. The victim was too afraid to move at first, but later ran to a neighbour’s house and banged on their door to call the police. Her house was covered in blood from both women.

Police arrested West at Hull Royal Infirmary the next day where she was receiving treatment to cuts on her forearm. The victim was also taken to hospital to receive treatment for bruising, she was kept in care longer as she had lost consciousness during the assault.

In a victim personal statement read in court, the victim said this incident was one of the worst moments of her life. She did not think she would face abuse in a relationship where someone was meant to care for her.

She added that this has given her severe mental trauma as she struggles to let her family members come close to her, and finds it difficult to form any new relationships. She still suffers from panic attacks as a result of this incident.

Cathy Kioko-Gilligan, mitigating, told the court West pleaded guilty at the first given opportunity. She added: ‘This was a troubled relationship that came to a sad end. The defendant attended to the victim twice on the night of the incident to check if she was ok.

‘There was remorse then, and there is remorse now. This is out of character for this defendant. She has the support of her family so also accepts she needs professional help.’

Recorder Anthony Kelbrick told West: ‘This is a most serious offending of assault causing actual bodily harm. This was done in the context of a personal relationship, it is domestic violence. While the physical injuries were not serious, the mental impact was enormous, leave an extreme long-lasting effect on the victim.’