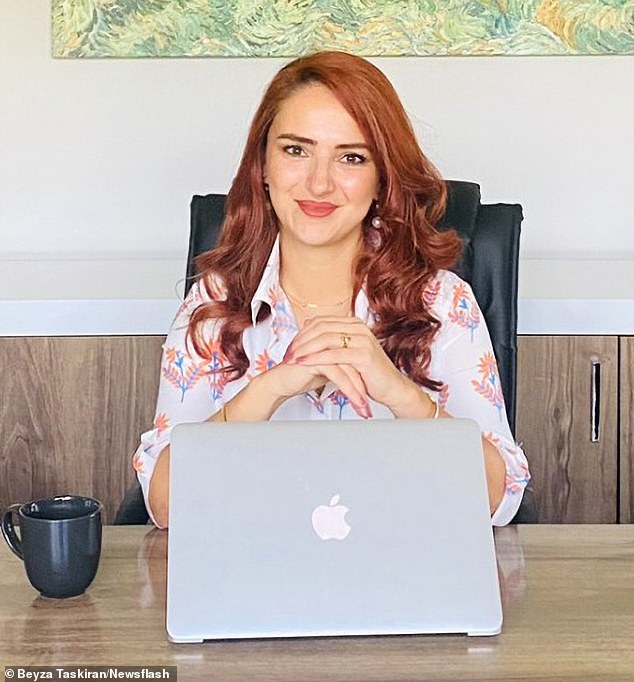 A woman fell 50 feet to her death from an airplane’s boarding bridge at a Turkish airport in front of startled passengers.

Local media indicate that Beyza Taskiran, 32, leapt from the passenger bellows and fell through a gap between the bridge and the jet at the Adnan Menderes Airport in Izmir, Turkey.

On Monday, Taskiran, a marketing manager for an IT company in the province of Antalya, reportedly committed himself by jumping from a cliff.

Local media indicate that Beyza Taskiran, 32, leapt from the passenger bellows and fell through a gap between the bridge and the plane at Turkey’s Adnan Menderes Airport in Izmir.

The businesswoman fell 50 feet while ready to board the plane for a flight back to Antalya after visiting a tourism fair in Izmir.

She apparently leaped off the passenger boarding bridge that connects the apron to the jet and perished upon impact with the concrete floor.

Local media indicate that Taskiran was involved in a heated quarrel before she fell to her death.

Monday, Taskiran, a marketing manager at an IT company in the province of Antalya, fell to her death in what is believed to be a suicide.

The police are analyzing Taskiran’s phone logs to ascertain with whom she spoke on the phone.

Her body was sent to a mortuary for an examination, and the Turkish government launched an investigation into her demise.

Adnan Menderes Airport, first established in 1987, is an international airport that serves Izmir and the majority of the adjacent region. It serves more than ten million passengers annually.