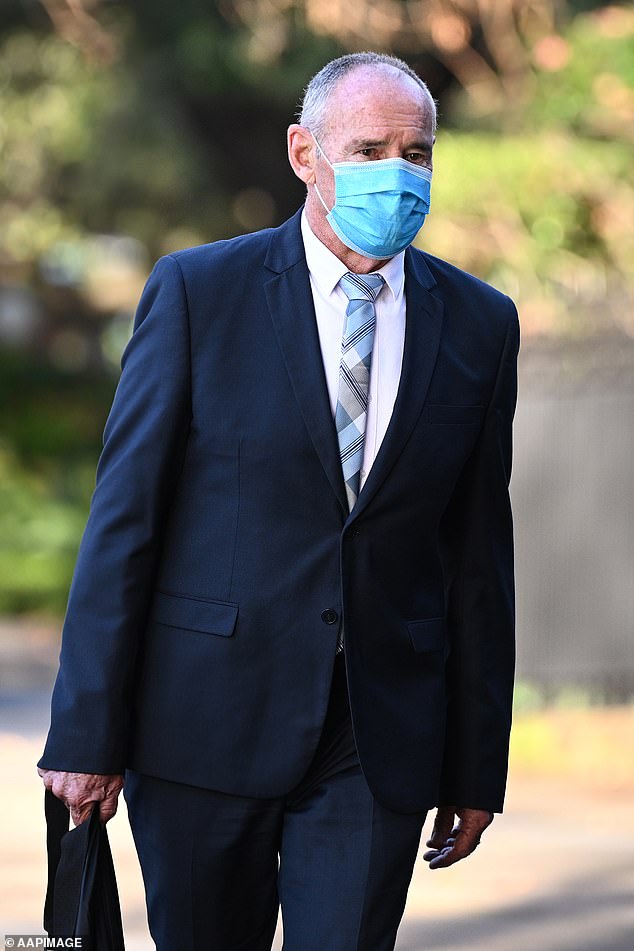 According to testimony given to a judge, witness allegations that Lynette Dawson was seen injured before she vanished in January 1982 were only part of a bigger picture that demonstrated her husband was responsible for her death.

Crown prosecutor Craig Everson SC described how the evidence of the bruises might lead the NSW Supreme Court to believe Mrs. Dawson was killed instead of just leaving home as the murder trial of former teacher and rugby league star Christopher Michael Dawson, 73, reaches its closing stages.

Mr Everson said the Crown was attempting to show Dawson had three tendencies through its evidence: that he had an animosity towards his wife, that he had contemplated using a third party to kill her, and that he wanted the school student he was having an affair with, known as JC, to be his wife and the mother of his children.

A “little piece of a greater mosaic of circumstances,” the barrister said when describing the testimony that Mrs. Dawson had been observed with black eyes and bruises on her arms and legs.

He said on Thursday, “The unexplainable bruises from those persons is just just a fact to be taken into account as a strand in the wire.”

In the 1980 trial of Adelaide resident Emily Perry, who was charged with trying to kill her husband using weed killer containing arsenic, circumstantial evidence had also been presented.

According to Mr. Everson, proof of former husbands who had the bad propensity of passing away from arsenic poisoning was presented at that trial.

Greg Walsh, Dawson’s attorney, contended that this kind of evidence should be disregarded since it was impossible to determine guilt from conflicting testimony.

He said to the judge, “Your Honour would not be so satisfied in regard to those actions occurring since the evidence at this time, for example, in reference to bruises, is so fragile, so imprecise, and so speculative.”

Mr Walsh argued that evidence by JC and Robert Silkman claiming Dawson had tried to hire someone to get rid of his wife should be viewed with scepticism.

JC’s allegations her former husband had inquired about a hitman were first made in 1990 during a bitter custody dispute, the court heard.

Mr. Walsh contended that Silkman’s assertions could not be believed since he was a liar who had been convicted of a crime.

He was a wild man. He took advantage of others by exploiting their weaknesses. The solicitor stated that he had readily acknowledged to fabricating stories, lying to authorities, doctors, juries, and judges.

Justice Harrison also debated other pieces of evidence that had been submitted in the case up to that point, such as testimony from a previous nanny who claimed to have hit Mrs. Dawson with a tea towel in their kitchen.

‘Some people might argue that it’s a pretty long drive through a dark night to contend that flicking someone with a towel is associated with killing them,’ the judge said.

‘They would and they’d be right but it’s not relied upon to prove that,’ Mr Everson replied.

The court also heard more audio recordings of phone talks between Dawson and his friends and family that were intercepted by the police in the months prior to his arrest in December 2018.

Dawson bemoaned the effects the murder accusations had on his family, who were worried he may commit himself, in one of those conversations.

‘I won’t. I wouldn’t give them the satisfaction,’ Dawson said.

He was heard stating the harassment should be the subject of a class action lawsuit by the family.

In the conversations, Dawson accused JC of fabricating false information against him to the police as a result of a contentious custody battle.

He further said that retired detective Damian Loone, the investigator who was in charge of the case from 1998 to 2015, was trying to revive his career. He said the policeman mocked an Indigenous Australian man who had hung himself in detention with a football sock by attending a party wearing a noose around his neck.

Dawson has entered a not guilty plea to the murder allegation and has said he had nothing to do with his wife going missing.

On Monday, the trial continues.