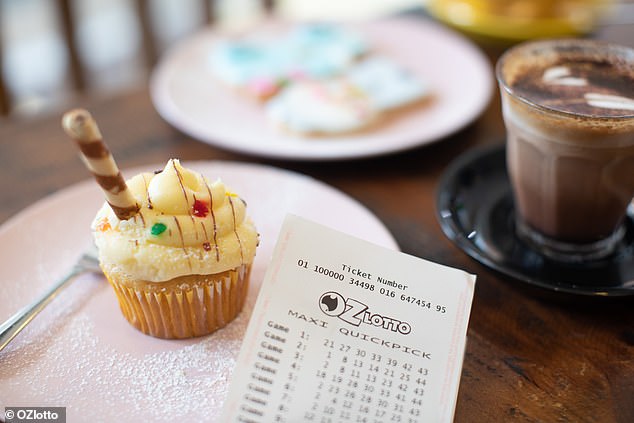 A lottery winner who “always knew” he would win on the numbers he had been playing for 20 years has won a staggering $20 million, but he will continue to go to work each day.

The man from Forster, on the mid-north coast of New South Wales, was the sole division one winner in Tuesday’s Oz Lotto draw 1498, scooping the entire $20 million prize pool.

Before heading to work this morning, I decided to check my ticket. I had a minute, all right, it took a while to register,’ he said a The Lott representative on Wednesday when they called to confirm the win.

Now I’m beginning to register it. My wife is still trembling as I sit here drinking coffee.

He attributed the success to “particular numbers I’ve been playing for over two decades.”

He added that he “always knew” he would win and that his family frequently told him, “If anyone was going to win the lottery, it would be you.”

He stated, “I’ve always considered myself to be quite fortunate, and now I have confirmation.”

Even after winning $20 million, the man remained concerned about being late for work.

“I must still go to work today. I will continue to work because I enjoy my job,’ he said.

‘I would love to buy a house and a new car, the usual things. It will be wonderful to know that this nest egg exists.

Now that I’m late for work, I must depart!

The winning entry was purchased at NewsXpress in Forster, and team member Michaela Rinkin reported that the victory was quickly making headlines.

Our group discussion has gotten out of control! Everyone is thrilled,’ she remarked.

“Word has spread that we’ve sold a $20 million winning ticket, and people are checking their tickets in the hopes that it’s theirs.

‘Earlier this year, we sold a division one winning ticket for Monday & Wednesday Lotto, so we’re no strangers to creating millionaires.

“Congratulations to our champion! We wish them the best of luck.

Eight of these individuals arrived in New South Wales, five in Victoria, four in Queensland, and one each in South Australia and Western Australia.

A week has passed since the record-breaking $160 million Powerball jackpot was won.

Each of the three division one winners received approximately $53 million.

One of them was a group of 20 Western Australian miners who each won more than $2 million in the enormous jackpot.

Twenty night-shift goldminers from Kalgoorlie were jokingly threatened by their supervisor to continue working despite being $2.6 million richer.

I did not believe them when they told me they had won the lottery, he told the ABC.

Mr. Wood stated that the group constituted his most productive shift.

‘I’m ecstatic. I am delighted for everyone of them. However, I anticipate that I may lose them,’ he remarked.

If they do not return, I will pursue them and seize their ticket, I told them.

Peter, the winner, stated that the group had never joined the lottery together prior to Thursday’s victory.

Peter told Perth radio station 6PR over the weekend, “It was a one-off because it was so popular.”

‘We just couldn’t believe it. We each contributed $100 on the spur of the moment.