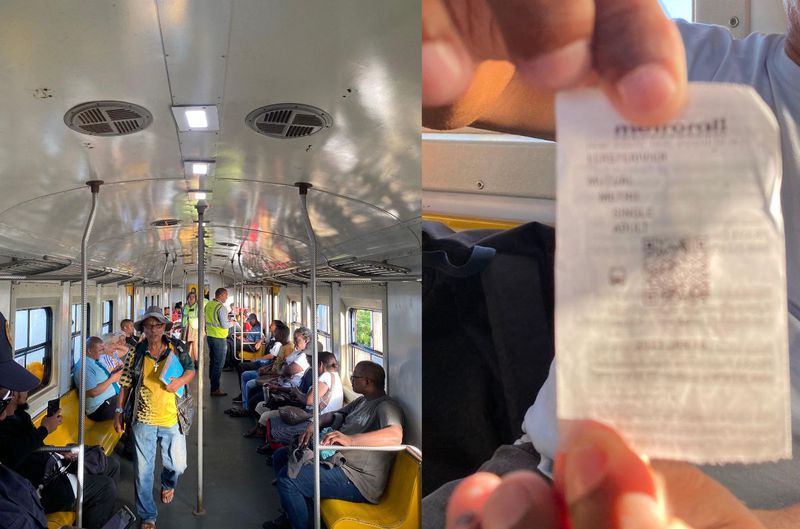 On January 16, train service between Eerste River and Bellville Stations returned, much to the surprise of local commuters who had been without trains for years. During the lockdown in 2020, the rail service, which had struggled in the months preceding the COVID-19 epidemic, was suspended.

As previously reported, trains will depart from Bellville Station and stop at Kuils River, Blackheath, Melton Rose, and Eerste River as part of the reinstated service.

Mr. Bauer, the driver of the first Eerste River train on Monday, described the trip as a pleasant one and noted that passengers had smiles on their faces.

“We departed on time, at 5:30, despite the fact that there were very few commuters, but the trip was quite pleasant. Bauer stated, “I believe we had to stop three times, but the response from their side was overwhelmingly positive.”

Trains in and out of Cape Town will stop at Kuils River, Blackheath, Melton Rose, and Eerste River.

The Eerste River service was scheduled to begin in December 2022, but “environmental issues” caused a delay.

While this much-needed rail service is wonderful news for the communities along this line and the economy of the Western Cape, it is also good news for the nation as a whole. Winde expressed grave worry regarding the impact of load shedding on maintaining service and the fact that service must still cease at a number of additional stations before we can reliably declare the line to be fully operational.

Premier of the Western Cape stated that the terrible status of rail transit in the province is a high priority for the entire provincial government, and that repairing and restoring it is of utmost importance.

Winde stated that railroads were once the backbone of public transportation in Cape Town and the rest of the province, delivering people and commodities while fostering economic growth.

“Transportation accounts for a disproportionate share of family expenditures. The provision of affordable and dependable public transportation is not only a matter of economic need, but also of vital importance to the reconstruction of our society’s social fabric. “Spatial planning under apartheid segregated our cities, and public transportation is a crucial means by which we can rebuild our communities and eliminate these divisions,” stated the Premier.

Winde emphasized that the Passenger Rail Agency and National Department of Transport must make every effort to restore train service.