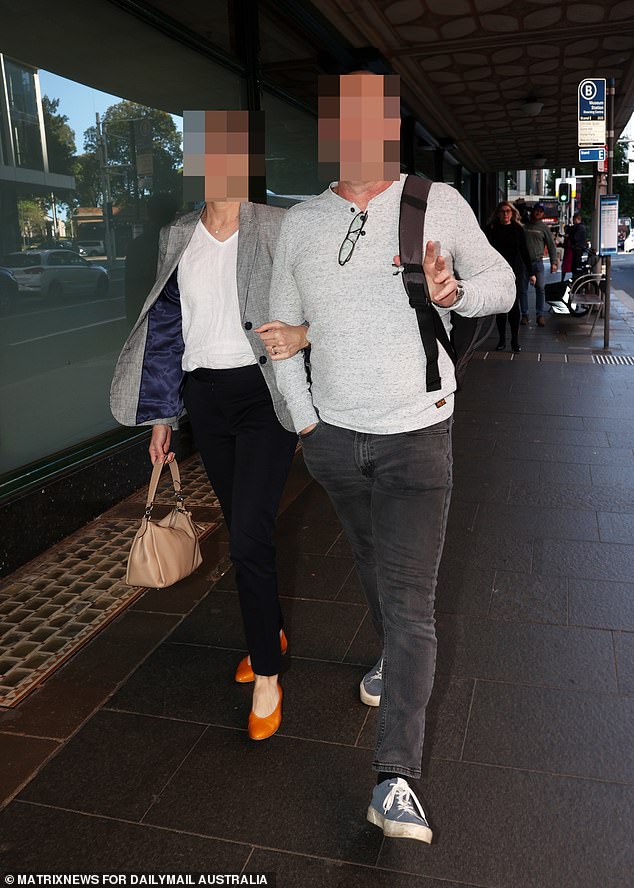 A Sydney court heard that the state’s top-secret crime-fighting agency questioned William Tyrrell’s foster mother, accusing her of burying the toddler’s body after he fell from the veranda of his foster grandmother’s home.

The child has not been seen since, despite being one of Australia’s most infamous missing persons cases.

Thursday before a Sydney court, William Tyrrell’s foster mother (left) was charged with giving false or misleading testimony to the NSW Crime Commission in November of last year.

Three-year-old William Tyrrell vanished on September 12, 2014 from his foster grandmother’s home in Kendall, on the north coast of New South Wales, and has not been seen since.

The foster mother appeared in court on Thursday to defend herself against the accusation that she provided false or misleading information to the Crime Commission. A senior investigator told the court that he believes the foster mother “knows where William Tyrrell is.”

In regard to William’s disappearance, William’s foster mother will face a two-day court hearing; she has pleaded not guilty and has not been charged.

The court heard that police told William’s foster mother, “We know why and how” he vanished and his body was disposed of.

In recordings of angry testimony presented to the Crime Commission and played in court, William’s foster mother refuted the allegations repeatedly.

In the audio tape, she challenges detectives to ‘dig up’ the alleged burial site of the 3-year-bones. old’s

The foster mother and foster father of William were summoned to appear before the Crime Commission on November 10 and 11, 2017.

In recordings from closed-door proceedings, Commissioner Michael Barnes suggested, “William went around on that verandah and he fell and it was nobody’s fault,” to which William’s foster mother responded, “No, I would have found him.” But I could not locate him (pictured is the Kendall home where William was last seen in September, 2014)

In recordings from closed-door proceedings held by the NSW Crime Commission last November, William Tyrrell’s foster mother denied categorically that she ‘placed or dumped’ the remains of her 3-year-old foster son near a riding school in Kendall.

Commissioner Barnes informed her, “We are here to find the body of William Tyrrell.”

When it was claimed that William’s remains were ‘placed… or dumped’ near the riding school in Kendall, the foster mother said, “Do you believe I did that?”

She continued, wailing, “Absolutely not.”

When the Commissioner said, “William walked around on that veranda and fell, and it was no one’s fault,” the foster mother responded, “No, I would have found him.” But I could not locate him.’

The foster mother responded, “I didn’t, I didn’t,” in response to Ms. Callan’s statement, “I want to say you did locate him, you put his body in your mother’s car.”

The court heard that police told William’s foster mother (left) in November 2013 closed-door proceedings, “We know why, we know how” the boy disappeared and his body was disposed of.

When Ms. Callan stated, “I want to suggest you did locate him and placed his body in your mother’s car,” the foster mother responded, “I didn’t, I didn’t.”

Then, Ms. Callan stated, “They can handle it in a manner that does not connect you.”

The foster mother responded, “No, I haven’t. I have not contacted him.

I have no idea where he is. Ground penetrating radar can be used to search.

You may search the entire home. Dig it up!’

The foster mother then covered her mouth with her fingers while crying.

The foster mother of William Tyrrell (pictured in June) will spend two days at a hearing regarding charges that she misled to the top-secret NSW Crime Commission days before a high-intensity search for her missing foster son.

The foster mother’s secret testimony was revealed after a senior detective dropped a bombshell at the court, stating that he believed the foster mother knew where William’s body was located.

When Mr. Stratton asked the detective whether he was pursuing the foster mother on charges to “break her spirit,” the officer stated that her appearance before the Crime Commission was to “discover the location of William Tyrrell.”

When challenged if he was lying about knowing the location of William’s body, Det. Sgt. Lonergan stated that he was not and provided a Kendall location.

The intersection of Batar Creek Road and Cobb and Co Road was the area searched in November and December of last year during intensive searches.

Det. Sgt. Lonergan said, “We believe it was disposed of in that region,” stating, “Yes.”

The police allege that the foster mother lied to detectives days before investigators conducted a sudden, intensive search of Kendall for William Tyrrell’s remains (above)

The court heard that the foster parents’ homes were bugged with nine listening devices and eight covert cameras.

In January 2021, dramatic audio was played of a ten-year-old girl, who was not William, screaming and yelling “no, no, nooooo” as she was supposedly chastised with a wooden spoon.

The court was informed that the foster mother denied hitting the girl to the Crime Commission in November.

Senior Sergeant Amin Asaad, a police prosecutor, said the court that “allegations concerning the youngster… were presented to the defendant” at the Crime Commission.

The foster mother, according to Sen. Sgt. Asaad, “refuted those propositions” and then “seconds or minutes after the event phoned her husband and disclosed the offense… and made observations about the incident.”

In recordings aired in court on Thursday, William Tyrrell’s foster mother urged investigators to ‘dig up’ the alleged burial site of his bones (pictured, search efforts in bushland about four kilometres from where William was last seen in June, 2018)

A two-day hearing is scheduled for the foster mother of William Tyrrell on the charge of lying to the Crime Commission. The foster father is scheduled to appear in court in 2019 for allegedly giving a false statement to a top-secret crime-fighting organization.

The recording begins with a female voice, likely that of the girl, saying, “I am calling the cops,” followed by a youngster yelling “no” while wailing, gasping, and sobbing.

The sound of a probable smack is followed by the foster mother commanding the child to “Stand up.” “Stand up!”

The toddler responded with “No, please no, nooooooo” before being instructed to “Sit down.” Sit.’

Senior Sergeant Asaad told the court that the foster mother told her husband after the event, “She’s been hit pretty hard with that wooden spoon.” She will have a large welt on her leg.’

The court heard an exchange in which the foster father states, “Oh, that’s not good.” We’ve got an issue. We’ve got a big problem.’

Gary Jubelin, the former leader of the task team investigating the disappearance of William, also attended the hearing.