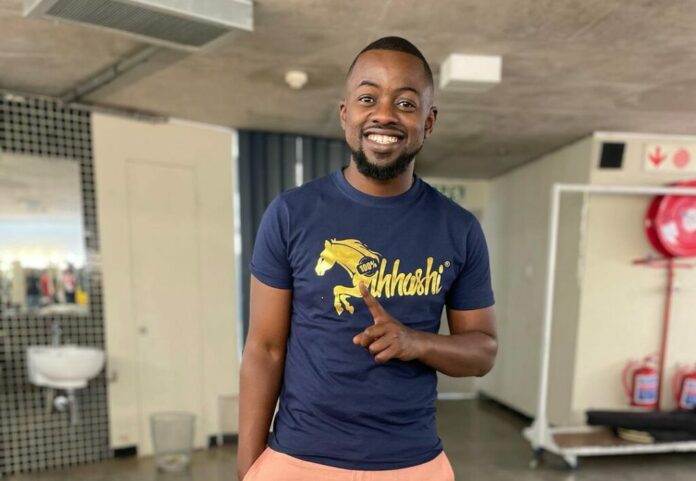 Jabu Ngcobo, the third child of the Ngcobo family, faces the dilemma of desiring to leave his parents’ house yet being unable to do so.

Ngcobo is employed in the construction industry and has one child. To the horror of his traditional parents, Bheki “Ihhashi Elimhlophe” and Linah Ngcobo, he asserts that he does not have commitment issues, but rather a problem with priorities.

He desires to leave home but refuses to marry, which is a requirement set on all Ngcobo youngsters who desire their own space.

“It’s not that I don’t want to marry, but I’d like to improve my finances first. I am not yet prepared. I concur that modern marriage is not the same, particularly given the high divorce rate. “I am still attempting to convince my parents to let me have my own space and move out of the house,” said Ngcobo.

Ngcobo states that growing up with famous parents is his only experience and he cannot relate it to anything else.

“I grew up in a household that was really grounded in the way we do things, from behavior to recognizing our heritage. Given that we grew up in Johannesburg but knew everything about our beginnings in KwaZulu-Natal, I believe that our parents did a fantastic job.

When he informed his parents that he had fathered a child, they gave him the silent treatment for three months before eventually accepting the circumstance.

“My mother is now a pastor, but she was not previously. Her values have not changed over time. I feel as though I let them down in a sense, but it was a learning experience for me as an individual,” he said.

The Ngcobo twins established the immensely famous ensemble Amaponi in the 1990s. According to the 36-year-old, the group members grew apart and became engaged in separate endeavors.

My relationship with my siblings is excellent; we are quite close. We grew up and attended the same schools together. Ntombi and I have had a cat-and-mouse relationship, but she’s okay. Nathi, the eldest child, is the family member that is both affectionate and obstinate. Vusiwe, the youngest sibling, is the most obnoxious, but also the loveliest.

»Why relocating becomes a problem for certain families«