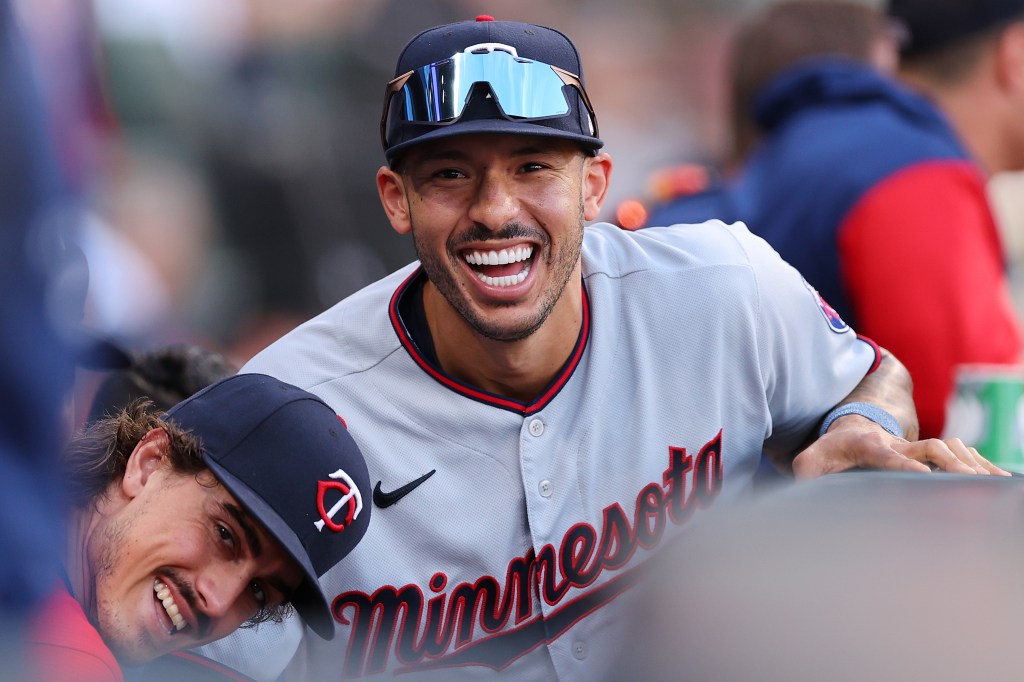 Carlos Correa is one of the most despised players in baseball due to the Astros’ sign-stealing scandal.

Correa’s injury history includes surgery to repair a fractured fibula in 2014 and back ailments that plagued and hampered him in 2018 and 2019, when he participated in only 185 of a total of 315 possible regular-season games.

Even though Correa has played in a total of 284 games over the past two seasons, the injury concerns will continue to accompany him, and possibly did during his brief stint in San Francisco. Correa signed a monstrous contract with the Giants before the contract was voided due to a “difference of opinion” about Correa’s physical exam, as stated by Giants president Farhan Zaidi (quoting agent Scott Boras).

As Tuesday turned into Wednesday and a previously off-market talent suddenly became available, the Mets pounced on a player with red flags. Assuming he passes the team’s physical, Correa will spend 12 years on the left side of Buck Showalter’s infield. In the days after the 28-year-old “passed” another team’s doctor visit, the Mets extended the divisive star a $315 million contract in a startling, hazardous move that baseball teams have long avoided with problematic players: Today’s star might become tomorrow’s contractual burden.

Carlos Correa agreed to serve as the Mets’ primary third baseman for the next 12 years just one week after signing with the Giants.

But Steve Cohen, a Mets fan who also owns the team (and billions of dollars), may have revealed a secret that the other 29 owners did not want made public: in sports without a tight pay cap, there are no bad contracts. Major League Baseball errors are comparable to those of a handyman in that they can often be covered up. If the team’s owner decides that millions do not matter, then those millions are irrelevant.

Cohen desires victory now, so he built the best team that $500 million could buy for 2023. Kodai Senga and José Quintana were added with Carlos Carrasco, and Justin Verlander replaced Max Scherzer at the top of the rotation. The bullpen was rebuilt, led by the return of Edwin Diaz of the Mets and David Robertson of the Yankees. Although Brandon Nimmo was retained, Cohen believed the squad lacked a bat. Therefore, a team that already possessed a $341 million shortstop threw a few hundred million dollars at the market’s best shortstop, transforming Correa into a star third baseman.

When money is taken from the equation — and Cohen is spending as if his money does not matter — the addition of Correa is a stroke of genius. Correa has been the 12th most valuable player in the majors over the past two seasons, according to FanGraphs, with 10.5 WAR, slightly below No. 11 Juan Soto and just ahead of No. 13 Xander Bogaerts. Correa is a two-way force. Correa is a Platinum Glove Award winner whose total OPS in 2021 and 2022 (.842) is superior to any Met with the exception of Pete Alonso (.866). He is tied for sixth all-time with 18 postseason home runs and is a World Series winner (although the 2017 victory definitely needs an asterisk).

He excels in performing all tasks. Cohen has infamously stated that he hopes to win the World Series within the next three to five years. Year Three will begin next year.

How will Correa appear in twelve years? If Cohen does not care, you should not either. Perhaps he aged like Tom Brady, settles into a less taxing position at third base, and completes a Hall of Fame career. Or perhaps his back problems reappear, and a 12-year contract concludes with Correa lounging at home, collecting wages, and watching the Mets.

Which stage has Robinson Cano attained? In May, Cohen observed that the future Hall of Famer was no longer himself, so he authorized Billy Eppler, the general manager, to designate Robinson Cano for assignment. Cohen used around $37.6 million that he will finish repaying in 2023. Clearly, the Cohen Mets were not harmed by the “poor” deal, as it does not preclude them from signing other players.

Derek Jeter, who has experienced baseball life with money (with the Yankees) and without (with the Marlins), stated on Wednesday at the Yankees’ news conference to announce Aaron Judge, the new club captain, that spending does not ensure victory. “Spending affords you a greater opportunity year after year. … [However], firms are attempting to be inventive and outsmart competitors.”

Cohen approved the decision to designate Robinson Cano for assignment and pay out the $37.6 million owing to him when it became apparent he was not in the Mets’ plans.

Sure. The Mets, who have been revamping their player development system, will also attempt to outwit their opponents. However, if you excel on the surface, you do not need to excel in the margins. And when things go “wrong” — for example, when a 39-year-old Cano bats.195 in 12 games — it is possible to outspend your mistakes.

Is this apparent realization beneficial to baseball? It is obviously beneficial for players and agents. It may not be good news for Giants supporters, who have seen their two top prospects, Judge and Correa, choose New York over them. It will be detrimental to rival owners who desire to be fiscally responsible as opposed to formidable.

It will be to New York’s glory.

Mets fans, who witnessed the Yankees welcome back their $360 million man — the American League single-season home run record holder — with a ceremony overshadowed by the size of Cohen’s checkbook, are similarly disappointed.

Perhaps Correa’s contract is a mistake. The Giants reportedly determined that signing him to a long-term contract could backfire.

Consequently, Mets supporters would eagerly anticipate the next error.

Wednesday’s Judge ceremony was spectacular in virtually every respect. Jeter delivering flowers to Judge’s mother and the figurative torch to the future Yankees captain; Aaron Boone dominating the microphone with over eight minutes of love thrown Judge’s way; and the astonishing truth that it was not the top story in New York baseball on December 21.

The Yankees, who have demonstrated a greater awareness of luxury taxes and went below the tax threshold in 2018 to reset their penalty status, cannot allow contracts to deteriorate due to the fact that money has been a factor in their payroll. But Judge, who inked a nine-year contract that will last until he is 39 years old, feels he can age gracefully.

Judge told reporters on Wednesday that he intends to play as well in his twilight years as Tom Brady has in his forties.
Charles Wenzelberg/New York Post

A few weeks ago, Judge was on the Tampa Bay Bucs sideline. “I’ve had the opportunity to get to know some guys that are playing in their 40s and what they’re doing.” “I believe I can still play in my forties. But I want to be at the peak of my game throughout my entire career. I don’t want to be a liability at the end of my career, when the question is, “Where can we hide him or transfer him around?”

So, he desires to emulate Tom Brady?

“That would be fantastic,” Judge added, hoping he has not signed his final contract.

Judge appears to be wanting to become the second athlete to age similarly to Tom Brady.

If the NBA wanted to send a message to the NBA through the Knicks, the aim appears to be: Go ahead and tamper.

As a result of an inquiry into whether they tampered with Jalen Brunson, a free agent they signed, the Knicks have been docked a second-round pick in the 2025 draft.

The league said in a statement, “This result reflects an investigation’s conclusion that the Knicks engaged in free agency conversations with Jalen Brunson before the day when such discussions were permitted.”

Essentially, the Knicks exchanged a second-round pick from a faraway draft for a point player for whom they had waited decades. Brunson has been all the Knicks could have hoped for and the best player on a team that appears to be a postseason contender. That’s a great deal!