Skip to content
Go Home «» News «» Breaking News «» Why Brazil remained No. 1 in the most recent Fifa standings 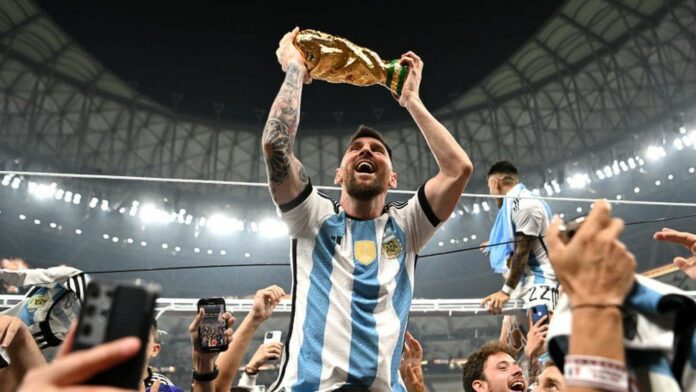 The South American rivals occupy positions one and two, respectively, with France behind at number three and Belgium falling to position five after a dismal World Cup performance and group stage exit.

Since the release of the latest world rankings, there has been significant misunderstanding as to why quarterfinalists Brazil are ranked higher than tournament champions Argentina.

First in the globe and second in the #FIFARanking

The FIFA World Cup (@FIFAWorldCup) is scheduled for December 22, 2022

Fifa said in 2021 that it would implement the Elo rating system to determine global rankings. Instead of friendlies, a rating system produces larger points for each side based on competitive games and tournaments recognized by Fifa.

The hitch is that, according to the Elo system, victories inside 90 minutes are worth more points than those requiring extra time and penalties.

In the case of Selecao and La Albiceleste, Lionel Scaloni’s side lost their opening Group A match to Saudi Arabia — a low-ranked team won two of their matches in penalty shootouts their route to World Cup victory, costing them 39 points.

However, the Argentines would have surpassed their competitors if they had won their two penalty shootout games under normal.

Brazil, meanwhile, won three and lost two games in Qatar, with four of them concluding under 90 minutes and the quarterfinal loss to Croatia coming on penalties.

The Atlas Lions of Morocco climbed 11 places to claim position 11 in the world rankings, becoming the highest climbers by 108.85 points and the top climbers by places alongside Australia.

Senegal is the second-highest ranked African team at number 19, losing only one position, followed by Cameroon, which rose to number 33, and South Africa, which remains at number 67.

»Why Brazil remained No. 1 in the most recent Fifa standings«