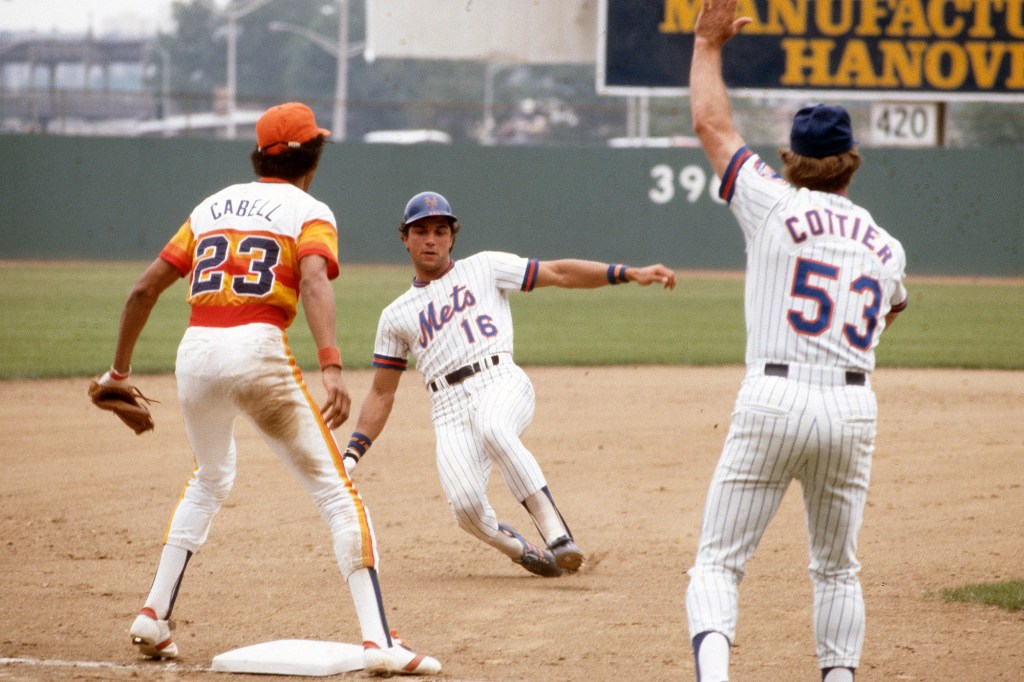 Another outfielder picked by the Mets in the first round about four decades before Brandon Nimmo believed he would play his whole career with the club.

Lee Mazzilli, a native of Brooklyn, rose through the minor leagues and debuted with the Mets in 1976. Five years later, the franchise traded him to the Rangers, initiating a nomadic journey that eventually led him to the Yankees, Pirates, Mets, and Blue Jays.

The Mets celebrated Nimmo’s new eight-year, $162 million contract on Thursday, which will allow him to complete his career with the team that took him in the first round of the 2011 draft. The 29-year-old Nimmo would join David Wright, Ed Kranepool, and Ron Hodges on the limited list of Mets players who played at least a decade and spent their whole careers with the team.

This week, Mazzilli stated over the phone, “I believe every player who signs a contract when they turn professional believes they will complete their career with that company.” “This is the mindset: You will be this forever. However, given the business of baseball, it is quite improbable that this will occur.

Lee Mazzili believed he would be a Met for life when he made his debut with the team in 1976, but he was moved after five years.

Tom Seaver ought to have been one of these guys, but the Mets botched their connection with “The Franchise,” resulting in the 1977 deal that sent him to the Reds.

Recently, the Mets saw Jose Reyes sign with the Marlins via free agency, and they are still reeling from Jacob deGrom’s departure to the Rangers on a five-year, $180 million contract.

Nimmo’s case was aided by the Mets’ limited options in center field, both now and in the near future. That, plus the fact that the Mets are attempting to win the World Series as quickly as possible.

“I’m very thrilled for him because he’s become one of the best center fielders in baseball, he’s really earned it, and he’s such a unique, charming young man,” said Mazzilli. “The investment you made in him was worthwhile since he was properly raised. You already know what kind of person he is, and you will never read anything negative about him.

Even when he walks, he dashes down to first base, making him a positive role model for young children. He works hard and plays vigorously. He will offer you everything he possesses. I am pleased to see one of the decent folks receive such a reward, and I am delighted for him. He is a unique child.”

Mazzilli feels thankful that he eventually returned to the Mets in time to play for the 1986 World Series champions. Seaver returned to the Mets for one season (1983) before the management mistakenly allowed the White Sox to acquire him by leaving him unprotected. Reyes also had a second act with the Mets and completed his career with the team.

“Many players complete their careers with the team they began with, and this goes back to the affection you had for that organization when you signed,” said Mazzilli. “You never imagine you’ll go, but somehow you do, but you find a way to return home, which is amazing, and so do a lot of guys, which is also great.”

With Steve Cohen signing the checks, the organization may have only begun to produce Mets with long careers. Pete Alonso matches the profile, and there is an argument for Jeff McNeil.

The Mets still need to add players, most notably another bat and a high-leverage relief arm, but general manager Billy Eppler and his staff have shifted their focus to subtracting guys.

James McCann and Darin Ruf are misfits on the roster for next season. Francisco Alvarez is expected to at least split time behind the plate with Omar Narvaez (who committed to a two-year, $15 million contract on Thursday) and possibly Tomas Nido, likely displacing Brian McCann. Whether McCann, who is still owed $24 million over the next two seasons, will be dealt or dismissed is possibly the only question remaining.

James McCann will likely not catch for the Mets next season, as Francisco Alvarez and Omar Narvaez are ahead of him on the Mets’ catching depth chart.

In his two-month run with the organization after joining from the Giants, Ruf was a failure, and he was frequently booed at Citi Field toward the conclusion of the season.

It may not be as difficult to remove Ruf from the equation as it would be to convince Eppler to swallow his pride and concede defeat on the trade.

As much as Nimmo fits the role of the future Mets captain, it may be prudent to wait before selecting who, if anyone, succeeds Wright in that position.

Ultimately, Alonso and Francisco Lindor share leadership qualities that endear them to teammates. And there would be no value to insulting other players in order to choose one as captain.

Even though none has been officially designated as a captain, Francisco Lindor and Pete Alonso have the ear of the Mets locker room.

Lindor’s contract has nine years remaining. Alonso has two years till he becomes a free agent. If Alonso stays for an extended period of time, it may make the most sense not to appoint a captain, as the first baseman would join Nimmo and Lindor as de facto captains.

Nimmo and Lindor could always share the official “captain” status if Alonso leaves the team.