Skip to content
Go Home «» News «» Breaking News «» Why are football players so prepared to accept the risks they witnessed in Damar Hamlin’s collapse? 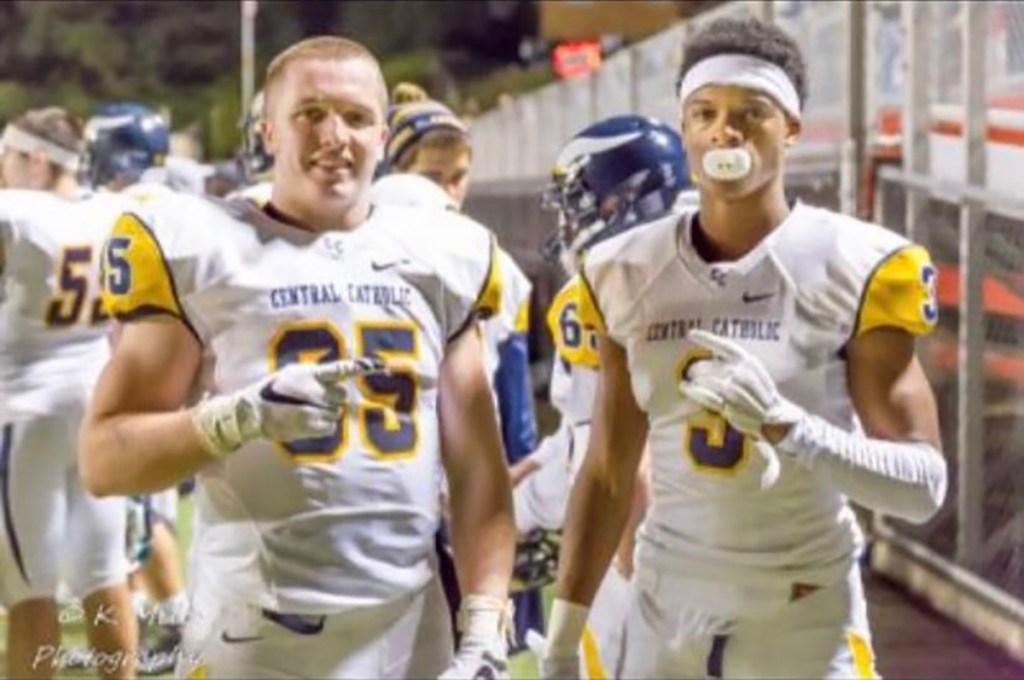 David Adams has been exceptionally victimized by the game. He arrived at Notre Dame with dreams of national championships and a future in the NFL, having just been selected Pennsylvania’s high school defensive player of the year.

These visions concluded very quickly. Due to a variety of ailments, including concussions, torn labrums, and knee operations, he never participated in a game. In 2018, following his freshman season, he was medically ineligible.

Four years later, the Pittsburgh-based college graduate with a desk job is awaiting core surgery, a further reminder of the toll football had on him. Monday, his close friend and former teammate from Central Catholic High School, Bills safety Damar Hamlin, nearly died on the field after an apparently harmless hit stopped his heart.

Adams has every reason to resent the game, which has taken so much from him and nearly stolen something valuable.

This week, Adams added over the phone, “The game of football has been such a blessing in my life, despite the physical and mental toll it has taken on me.” “I would make no changes. It has provided me with so many doors and chances. I adore the game with all my heart.”

David Adams played high school football with Damar Hamlin, who suffered a heart arrest on an NFL field on Monday and is still recovering.

The longer you converse with football players (or ex football players), the more you begin to question their acquaintance with Stockholm syndrome. The game binds them in ways that may be difficult for outsiders to comprehend. It pays well at the highest levels, yet so few players reach the pinnacle, and so many others continue to feel the impacts of football long after their playing days are over.

Carl Lawson, defensive end for the New York Jets, is familiar with risk and pain. One in each knee, he has ruptured two ACLs, first with Auburn and then with the Bengals. Due to a ruptured Achilles tendon in his left leg, he missed the whole 2017 season. As he spoke in the locker room on Thursday, he removed the tape from his wrists with the care of a warrior disassembling his armor.

He witnessed Hamlin collapse and go into cardiac arrest on a field he once called home in Cincinnati. Before being brought to the hospital, he observed medical personnel resuscitating Hamlin. Lawson was relieved to hear that Hamlin was conscious and responsive, but he noted that the incident served as a reminder of the hazards professional football players confront every Sunday.

Has he ever considered participating in the sport?

“No,” Lawson said without hesitation.

Earlier this season, Carl Lawson, who is no stranger to significant injuries, recovers a fumble for the Jets.

His father, Carl Lawson Sr., played fullback for Georgia Tech, although he was never forced to play. Lawson Jr. began playing at the age of eight and realized instantly that he was himself on the field.

Lawson, who has seven sacks this season, remarked, “I love every aspect of it.” “I enjoy testing myself. I enjoy the possibility of seeing the finest version of myself.”

Comparisons between the National Football League and Big Tobacco are inescapable and frequently indisputable. Fans who experience the game’s savagery and cannot look away are addicted. Monday’s brief Bengals-Bills horror show apparently had an average of 23.8 million viewers, making it the most-watched “Monday Night Football” broadcast in ESPN’s history. The average American household is now aware about CTE; these are the same houses who cannot manage to change the channel.

No one, however (outside of advertising executives and perhaps Don Draper) has ever contended that smoking cigarettes makes one a better person.

Michael Carter II, a second-year cornerback for the Jets, stated that the sport has shaped his character.

“The discipline and putting others ahead of myself,” stated the Georgian 23-year-old. “Learning how to lead and observing how others lead… Football has altered my life in numerous ways, for which I will be eternally thankful.

Michael Carter II, cornerback for the New York Jets, says, “Football has changed my life in numerous ways, and I will be eternally grateful for that.”

Without it, he would not be in a Florham Park locker room with individuals from all over the country (and beyond) and earning a comfortable living off the field. Without it, his life and social life would be entirely different.

“This is a game unlike any other when it comes to bringing people from all walks of life together,” Carter said, adding that he is aware of and accepts the risks. “You get to learn the life tales of many people. You become really close. Some of my closest lifelong friends are from football.”

Since everyone witnessed Hamlin lying motionless on the ground, several football players have stated that the incident serves as a reminder of the inherent violence of the sport. However, few have described it as eye-opening. They were aware of the possible dangers of playing a game in which large bodies collide. Few are as knowledgeable as Jeff Ulbrich.

As the defensive coordinator of the Jets observed Hamlin receiving CPR, he experienced flashbacks. In 2005, as a sixth-year linebacker for the 49ers, Ulbrich fled to the locker room following a preseason victory in Denver.

Herrion, who was discovered to have a cardiac ailment, “died in front of us in the locker room,” Ulbrich claimed.

Flowers are placed outside the University of Cincinnati Medical Center, where Damar Hamlin regained consciousness and communication on Thursday, three days after his tragic collapse on the field.
AP

After seeing something that no one should see, Ulbrich played five more seasons in this bloodsport before becoming a coach for the past 13 years.

Ulbrich stated that this is one reason why the connections and bonds amongst football players are so strong. “Because there is a degree of risk involved in playing this game, it brings guys closer together.”

Carlos Correa’s camp is in contact with another team following a snag in negotiations with the Mets.

No baseball executive office can equal The Bronx’s in terms of experience and resumes.

The Yankees acquired Brian Sabean, who won three World Series championships with the Giants, as executive adviser to the general manager on Tuesday. On Thursday, they added Omar Minaya as senior adviser to baseball operations.

Minaya has nearly four decades of front-office expertise, the majority of which he gained as general manager of the New York Mets from 2004 to 2010. Minaya has a solid reputation as a scout, particularly with Latin players, which may help the Yankees incorporate some old-school wisdom into their modern operation.

The 66-year-old Sabean hails from a time when scouts relied on their eyes before consulting statistical measurements. (Which is part of the reason he appeared to be undervalued by Farhan Zaidi’s Giants.)

The Yankees, who have created a pipeline of pitchers who hurl gas and vicious breaking pitches using their analytics-heavy player development system, may be attempting to balance the scales. The answer to whether a team should hire scouts or analytically sophisticated nerds should always be both.

A Jets QB wrinkle? It cannot be!

The Jets’ season has effectively concluded. Their quarterback drama is inexplicable.

As Thursday turned into Friday, there was still question over the Jets’ starting quarterback for Sunday’s season finale in Miami.

Mike White’s performance in Week 17 may have been his last as the Jets’ quarterback.

The expectation was that Mike White, who coach Robert Saleh stated on Monday should be “ready to go,” would receive the nod after playing (poorly) with damaged ribs last week. Thursday, White was slated to speak with the media, but he never did.

Perhaps White has sustained an injury and will not play. Perhaps the Jets determined that they had seen enough of White to realize that he is not their future. Perhaps they want to give Zach Wilson as many snaps as possible in a meaningless game, while Robert Saleh stated on Wednesday that Wilson should “get away from this game, just reset” after the season. Perhaps… Joe Flacco?

Appropriately, we do not know the identify of the Jets’ starting quarterback a few days before their Week 18 matchup. Years pass, yet concern around the Jets’ quarterback remains constant.

»Why are football players so prepared to accept the risks they witnessed in Damar Hamlin’s collapse?«